Soon after this video went viral, Kamraj was kept under suspension by the Zomato food delivery platform 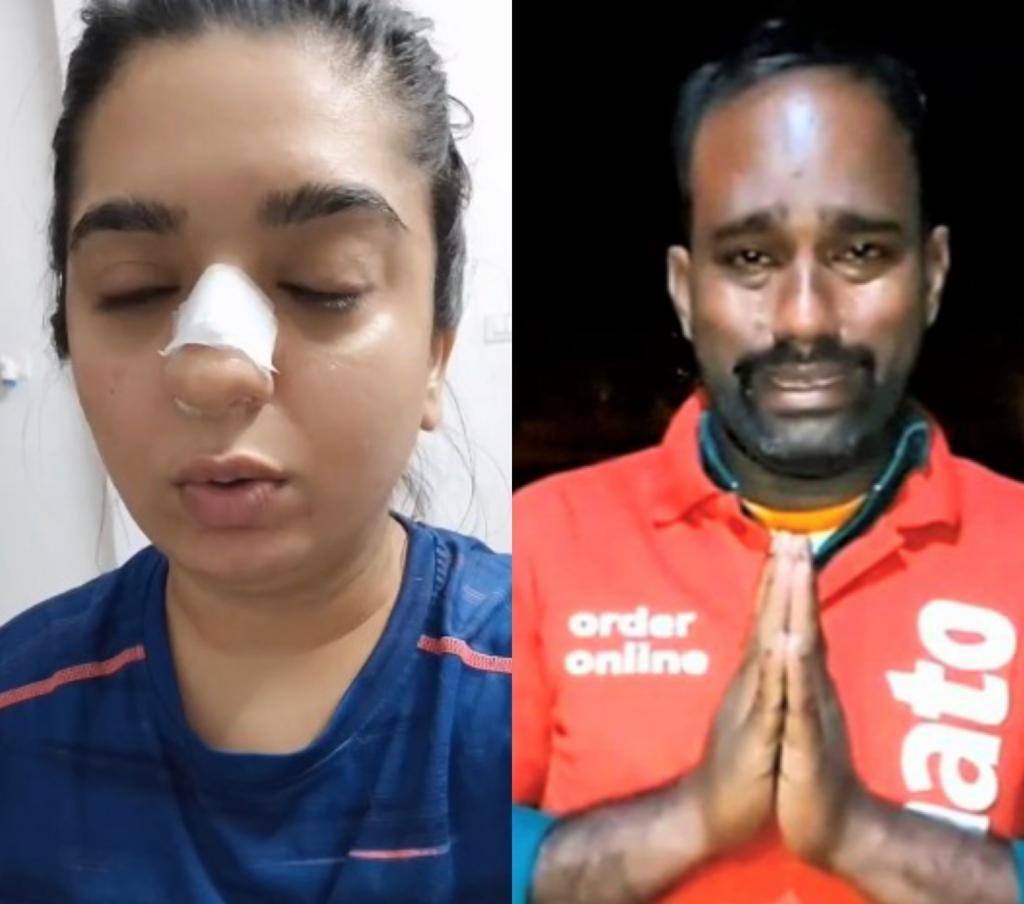 Model-turned-make-up artist Hitesha Chandranee, who had accused Zomato delivery boy K. Kamraj of assaulting her, on Friday posted a three-page message on her Instagram account stating that she has not left Bengaluru, despite media reports suggesting so.

A section of the media, especially local news channels, ran a story suggesting that she had 'left the city' after her address  was leaked online following the barrage of opinions and hate messages about the whole incident.

This news was on air after Kamraj filed a counter-complaint against her alleging abuse and assault. However, Chandranee has now taken to Instagram to inform the public that Bengaluru is her home and that she has not run away anywhere following the controversy.

On March 10, taking to Instagram and Twitter, Chandranee had accused Kamraj, a Zomato delivery person, of punching her on the nose after she tried to ask him why her order was delayed.

This video clip has already garnered 2.5 crore views till date since it was posted on her Instagram. Her video with a bloody nose  went viral. Chandranee filed a complaint with the police  against Kamraj for assault.

Soon after this video went viral, Kamraj was kept under suspension by the Zomato food delivery platform. But he denied the woman's  story and alleged that it was she who assaulted him with slippers due to the delay in delivering the food.

While Kamraj was holding his hands up in defence, he claimed the woman hurt herself with her ring. This week, he filed a counter  complaint against Chandranee for assaulting and abusing him.

Chandranee has now revealed on Instagram that she has been receiving threats ever since the incident went viral. She said that her family  has been threatened too. "I have had to take medical treatment for my nose which was fractured due to the incident. I have received many calls from various people using repulsive and threatening words against me," she wrote.

"I have been cooperating with the police and have not left Bengaluru...Bengaluru is home for me," she  further added.

In her post, Chandranee also wrote that she was waiting for a neutral probe by investigative agencies to reveal the truth about what  actually happened and requested people to not voice their opinions before the trial is completed.

"From the time the incident occurred and while undergoing trauma on what happened to me as what happens to many girls and women who  live alone in this city, I've been hounded on social media by tweets, posts and statements by 'celebrities' because of which I have decided to make this statement," she wrote in her post.