As Iranian restaurant Britannia & Co marks its centenary, the legacy lives on 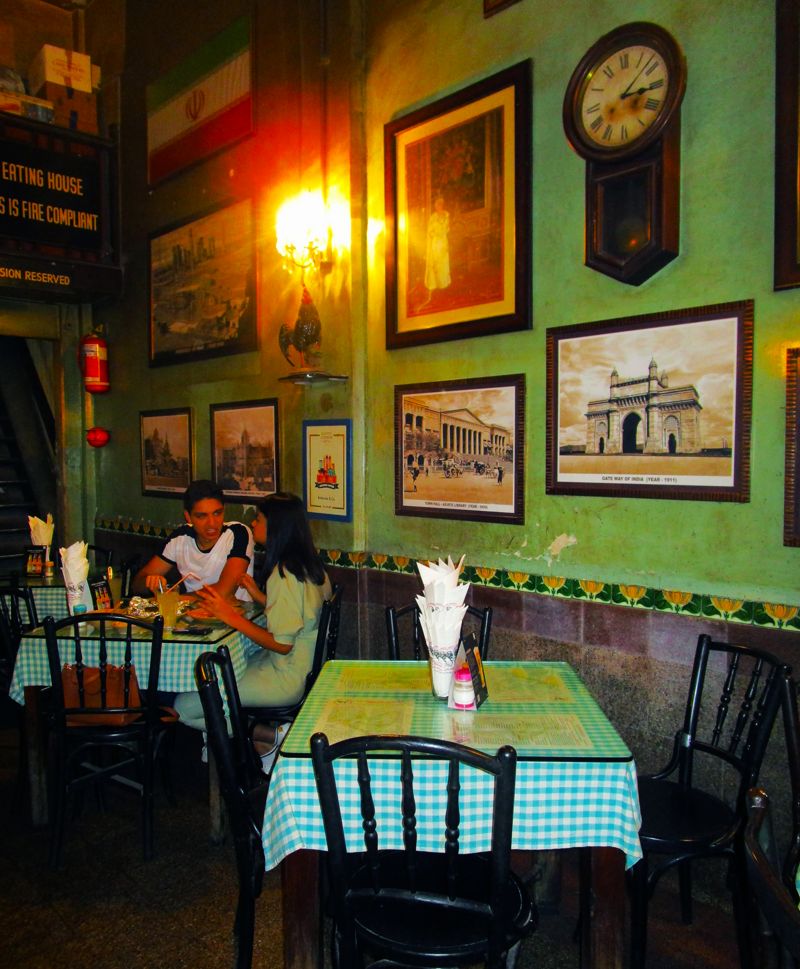 The décor, complete with an old grandfather clock still ticking in time, takes you to another world.

No Mumbaikar who loves to eat out can forget the charisma of one of the city’s most-loved culinary figures, the late Aqa Boman Kohinoor. Memories of him table-hopping at his grand old restaurant with a letter of appreciation that the late Queen Elizabeth wrote to him, makes them smile. Remembering his famous blessing to guests — “Have a good day and a good life!” — still makes them tearful. As India’s Persian culinary icon, Britannia & Co, marks its centenary this year, the legacy lives on.

In 1923, Rashid Kohinoor, a businessman from Iran’s Yazd province, established a restaurant in Mumbai’s commercial and maritime hub, Ballard Pier. “A British municipal sahib laid a condition before grandpa. If he gave his venture a British name, he could get a licence within 24 hours. And hence, the name Britannia,” explains the third-generation torchbearer, veteran Persian chef Afshin Kohinoor, Boman’s son. In the early part of the last century, many Iranians moved to Mumbai and established eateries and cafes. Many of these still remain. However, while the rest serve a mix of local Parsi, British and Muslim delicacies like bun maska, keema and akoori, Britannia stands as the pioneer of authentic Persian cuisine from the Iranian hinterland. “Initially, we served continental cuisine. Later, my mother, Bacha Kohinoor, introduced the legendary Iranian berry pulao, known in Persian as zereshk polo,” says Afshin.

Much sought-after globally, zereshk polo is a wholesome rice preparation served with meat and eggs or the vegetarian version, made with original sweet and sour barberries imported from Tehran, nuts and a gravy that is made of ingredients secret to the Kohinoor family. Traditionally in Iran, zereshk polo is served dry with meat. But considering Indians would never prefer rice without gravy, Bacha Kohinoor innovated a tantalising gravy patrons rave about.

While Britannia’s homely Zoroastrian Parsi delicacies like sali boti (mutton with gravy topped with fried noodles) and dhansak rice preparation draw international connoisseurs, their authentic, mouth-melting Persian bhaglava, embellished with pistachio and rosewater, a soft, jelly-like custard and gaz e shervin or Persian nougat have been their hallmark deserts. The quaint restaurant preserves its old-world charm. Roundtables with checkered tablecloth, wooden chairs imported from Poland a century ago, photographs of Mahatma Gandhi, British royalty, colonial Bombay and an old grandfather clock still ticking in time take you to another world.

The void left by the vibrant Boman and his affable brother, the late Meherbaan, can be felt by Britannia’s regular clientele. “Though their energies endear, the place is not the same anymore with the two gems no more. I can never forget their welcoming affection and warmth,” reminisces Mumbai-based homemaker Gauri Vyas (67), who cherishes childhood memories of the restaurant. “When I was young, it was Robin, a rooster, who stood tall on the counter. Now, it is Julius, the loveable canine!” she smiles. Britannia, she shares, holds a special place for her. It was here that her father had first proposed to her mother in the 1940s!

The restaurant has witnessed eons go by — the Second World War when the British took it over to store ammunition, the Independence struggle during which young Boman took part in the Non-Cooperation Movement and the early morning marches led by Mahatma Gandhi, and now, the post-Covid era.

Continuing the legacy is Afshin’s daughter, Chef Diana, a fourth-generation Kohinoor. “Not all businesses are blessed to witness a centenary. It is thanks to the toil and passion of Papa Rashid and the contributions of my predecessors that we can savour the original flavors of Iran. God-willing, I will strive to give my best for the legend to live on!” she says.

On what fuels the spirit of the family, “Faith,” responds Afshin, quoting a Persian couplet that even if the world shoots all its arrows, not a vein will be pierced if God’s shield protects you.