25 years of ‘Ghalib in New Delhi’ : The Tribune India 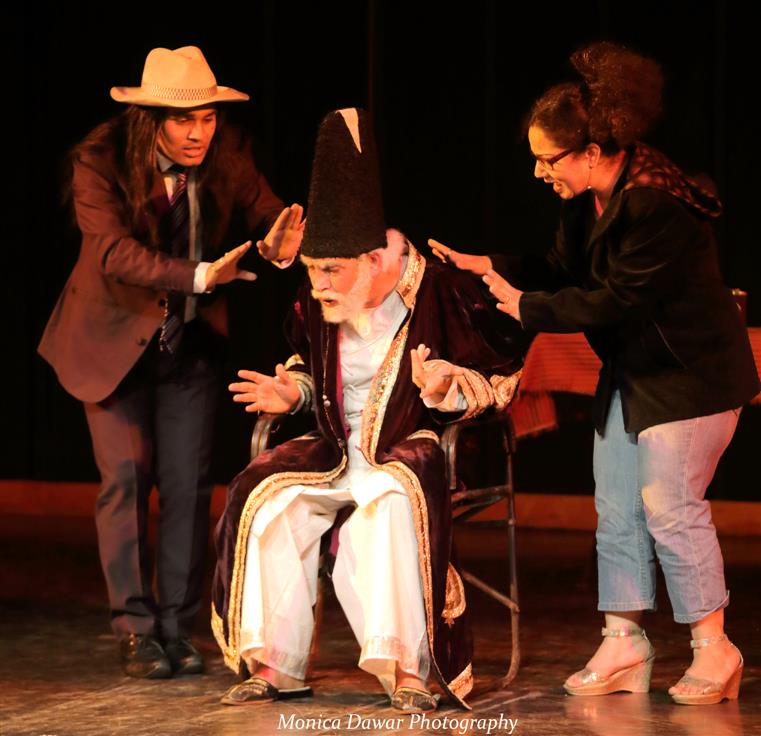 “Not only the current one, the United Kingdom’s next Prime Minister is going to be an Indian too and it is going to be Shashi Tharoor” — that’s Mirza Ghalib’s prediction in the popular play ‘Ghalib in New Delhi’. One of India’s longest running comedies, in its 25th year now, it centres on the rebirth of the 19th-century Urdu poet in his most-cherished city, Delhi.

Actor-playwright Sayeed Alam, who would be bringing Urdu poet Ghalib to life on stage in Delhi’s Dwarka as you read this, has packed many a punch in the latest showcase of the play. Today’s Ghalib knows who will win the World Cup T20 final, has a point to make on the Russia-Ukraine war, he understands Narendra Modi’s politics and also speaks Urdu laced with Bihari flavour. That’s not all, he is busy writing a book that he has titled, ‘Romance in Ghalib’s Poetry: A Post-Independence, Post-Modern, Post-Congress, Post-BSP, Post-Samajwadi, Post-Notebandi, Post-GST, Post-370, Post-Sunak Perspective’.

Even after doing ‘Ghalib in New Delhi’ for 546 times since 1997, Sayeed affirms that every time his group Pierrot’s Theatre presents the play, it is a fresh performance. “We may be successful or unsuccessful or a bit of both; it depends on the audience’s response on that particular day.”

From having critics who did not want Ghalib to be ridiculed to debating with them that ‘Ghalib was not a prophet but an ordinary human being who was an extraordinary poet’, Sayeed has come a long way. And from his repertoire, he happily calls the play his and his team’s identity.

Over the years, three different actors played Ghalib but eventually gravitated to silver screen. This made Sayeed take up the role himself. Not being a professional actor didn’t come in the way of his transition as Sayeed speaks Urdu and knows Ghalib. “So, I knew that I can play Ghalib very well compared to other characters.” However, the one challenge that he faced early on was researching Delhi because he comes from Aligarh. With a dynamic script, which includes references to current political and social affairs, Ghalib is reinvented with each new show. Sayeed’s PhD in political science, his everyday research from the morning newspaper, along with his interest in Urdu literature, help strike that balance between Ghalib as an Urdu poet juxtaposed with modern-day developments.

And this playwright-actor-director wants to continue reinventing Ghalib. “As long as I am alive and able-bodied, I will continue to bring Ghalib to our patrons.”