4 in 10 adult Indians under 60 inactive: High time we should exercise : The Tribune India

4 in 10 adult Indians under 60 inactive: High time we should exercise

4 out of every 10 Indian adults under 70 have been found to be inactive, ringing alarm bells 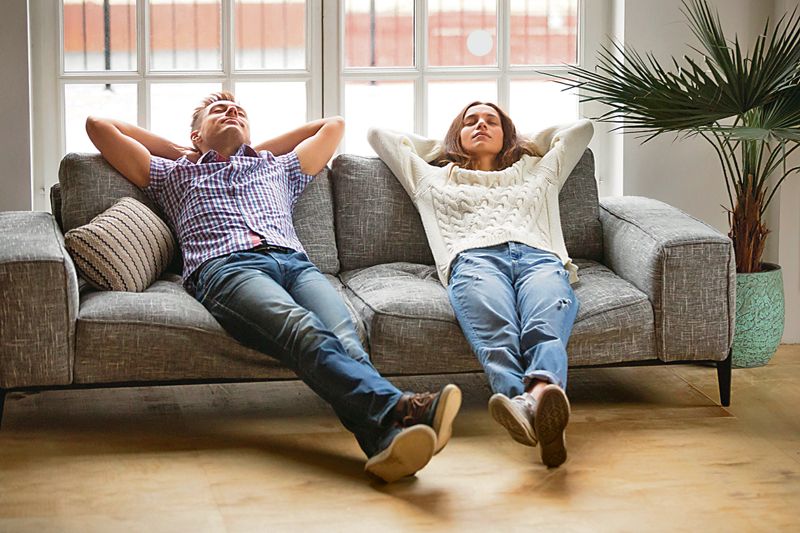 HAD enough been said about the risks of inactive lives, average Indians might have had compelling reasons to stay fit. But enough was never really said and here we are. Turns out four out of every 10 Indian adults (18 to 69 years) are physically inactive and women are more inactive than men.

Simply put, it means 41.3 per cent Indian adults are not doing the World Health Organisation (WHO) recommended level of physical activity (PA) — 150 minutes of moderate to vigorous exercise per week.

This makes a whopping Indian adult population inactive — a statistic enough to set alarm bells ringing through national health response structures which are now beginning to tell people why they need to break sweat.

Picture this — non-communicable diseases (NCDs), including cancer, cardiovascular diseases, diabetes and stroke account for 71 per cent of global deaths each year (41 million people approximately) and the risk of death due to NCDs rises with increased tobacco use, alcohol consumption and lack of exercise.

Physical inactivity has been contributing to more than 50 lakh deaths per year and those insufficiently active were at 20 to 30 per cent increased risk of death.

No wonder, the WHO recognises physical inactivity as a global public health concern with more than one-fourth of adults failing to meet the recommended levels of physical activity.

It has now asked member nations to reach the target of 10 per cent reduction in physical inactivity levels nationally by 2025.

But India is far off the desired goal, although our National NCD Monitoring Framework and Action Plan lists the above target.

Prashant Mathur, author of the latest WHO-ICMR eye-opening study on national physical inactivity levels in Indian adults, says, “PA is a major problem India is sitting on. The study is a call to stay active: to walk if you are driving, to run if you are walking and to take the stairs if you are in the elevator.”

Reasons for this call are not far to seek. In India, the estimated proportion of disability-adjusted life years (years of life lost to disease) attributable to NCDs has doubled — 29 per cent in 1990 to 58 per cent in 2019, indicating a rapid epidemiological transition and physical inactivity is a major NCD risk factor apart from alcohol, tobacco, and unhealthy diet.

Mathur and other study authors T Ramamoorthy and V Kulothungan, surveyed 12,000 adults — the largest sample so far for a PA study — and found 41.3 per cent of adults in India were doing insufficient PA.

“Lower levels of PA among women could be attributed to their perception, cultural norms, inadequate time, and motivation, especially among urban women residents. Also, men spent more time in all types of PA — vigorous, moderate, and leisure-time activity at home and workplace as well as during travel,” the authors explain.

Another stark finding was that half (48.8 per cent) of homemakers reported insufficient PA. Also, one-third of adults with insufficient PA were overweight and had high blood pressure.

So where respondents in villages were found to spend an average of 101.1 minutes per day doing PA, their city counterparts were averaging just 62.2 minutes a day.

“The fact is, if you compare with the previous years, the PA levels of even the rural women have decreased due to mechanisation of village homes. Overall, India is in very early stages of physical activity narrative. We have traditionally associated activity only with household chores or office work. What we need is a massive cultural shift towards leisure time physical activity, which would entail people choosing to stay fit in free time, through walks, cycling, sporting and other regimes. What India needs is a National Physical Activity Strategy with culturally appropriate PA models for urban and rural spaces,” says Prabhdeep Kaur of ICMR’s National Institute of Epidemiology, Chennai, who has worked on NCDs for more than 15 years. The ICMR study shows that residential, marital, educational, occupational and economic status was significantly associated with insufficient PA in India.

So insufficient PA was more among adults who were divorced, widowed, separated with a degree or higher education and unemployed compared with those who never married, were uneducated, and employed, respectively.

Presence of raised blood pressure and central obesity were found to be significantly associated with increased odds of insufficient PA.

“One way forward is to promote PA at workplace and schools. Also, while individual motivation does not always work, you can structurally motivate people to stay fit. For example, why does everyone end up walking in western cities? The answer is there is no other option,” says Kaur, advising socially acceptable PA regimes — folk dances and local sports for village folk and gyms, cycling tracks, fitness-friendly urban spaces for city inhabitants.