Agriculture relief package is old wine in a new bottle

The relief package has been rejected primarily because its major focus is on giving more loans to already highly indebted farmers. 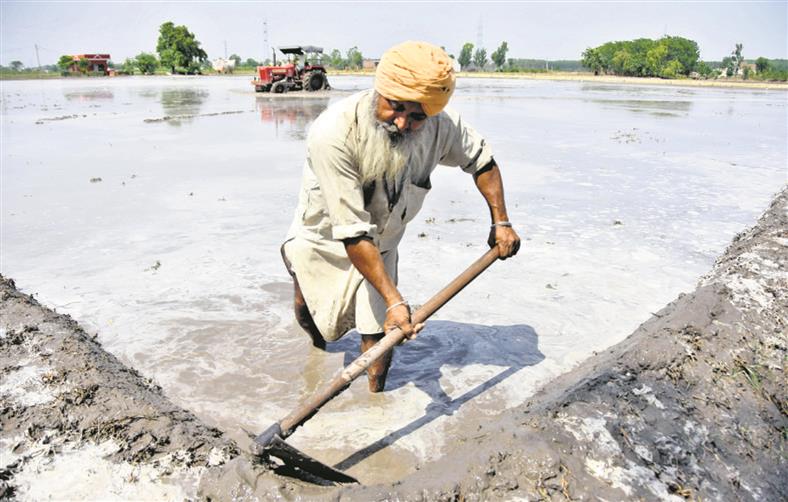 There is apprehension that the ‘one nation one market’ model will benefit the corporate sector.

THE Rs 1.6 lakh crore package announced by the Centre for lifting the agriculture sector has failed to enthuse farmers, policy-makers, agrarian scientists or even the government of the agrarian state of Punjab.

Old wine in new bottle: that is how most stakeholders in Punjab have reacted to the package. Dismayed that the government would treat the farmers so callously, especially after the 'food warriors' managed one of the most difficult harvests during the lockdown, ensuring India’s food security, the package has been rejected primarily because its major focus is on giving more loans to already highly indebted farmers.

“Are they trying to push us further into debt? How can the government ignore the hardships that most farmers, especially vegetable growers and dairy farmers have faced in the past two months, throwing away or ploughing back their crops in the ground because of the crash in prices? In a state where farmer suicides because of indebtedness are high, it seems to be an ill-conceived policy,” says Jagmohan Singh, general secretary of Bhartiya Kisan Union (Dakaunda), rejecting the relief package.

Kesar Singh Bhangoo, an eminent agro economist, says farmers in Punjab and many other states do not need more loans. “What they need now is the direct cash support for the paddy crop they are to sow. Farmers were hoping for a loan waiver, or at least interest waiver on crop loans. With migrant labour not available for farming operations and the prices of inputs increasing, direct cash support would have been ideal. The migrant labour, too, could have benefited and the painful reverse migration could have been stopped,” he rues.

Even as farmers (vegetable growers, floriculturists) have suffered losses and the cost of much-needed labour for paddy transplantation is almost double that of last year, the cost of fertilisers has gone up. The subsidy for fertilisers has been reduced by the Centre to Rs 18.78 per kg for nitrogen; Rs 14.88 per kg for phosphorus; Rs 10.11 per kg for potash and Rs 2.37 per kg for sulphur for the current financial year. Last year, the subsidy rates were Rs 18.90 (nitrogen), Rs 15.21 (phosphorus), Rs 11.12 (potash) and Rs 3.56 (sulphur). “The benefit of lower crude prices has also not been passed on to the consumers,” says Jagtar Singh, a farmer from Kot Duna in Barnala.

Prem Singh Bhangu of the All India Kisan Federation feels that ‘one nation one market’ will benefit traders and the corporate sector. “We fear that under the garb of this policy, the government intends to abandon state procurement and the support price of agriculture produce. It would prove detrimental to the interests of farmers,” he says.

So what should have been done to make the farmers happy? Balwinder Singh Sidhu, member secretary, Punjab State Farmers' Commission, opines that the ideal solution should have been no charging of interest on crop loans and term loans for a year; moratorium on loans for two years; and giving cash assistance to labourers.

“Paddy cultivation could be brought under MGNREGA for a year and it would solve the problem of labour while ensuring food security. To boost the dairy sector, the state dairy cooperatives should be strengthened as these are the only ones buying milk as private milk plants remain closed. Also, the funding pattern of all agriculture schemes needs to be changed from 50:50 ratio to 90:10 (90 per cent Centre’s share and 10 per cent states’ share),” he says.