Akarsh Khurana’s ‘The Verdict’ is out : The Tribune India

Akarsh Khurana’s ‘The Verdict’ is out

Director Akarsh Khurana on his new play and why theatre remains his refuge despite directing films as well as OTT series, and acting in them too 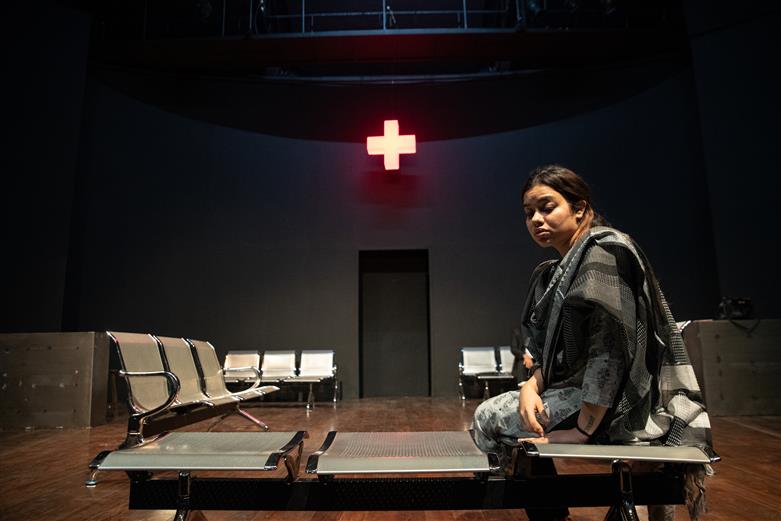 A scene from ‘The Verdict’.

ANIL D’ SOUZA is a washed-up lawyer and an alcoholic, now reduced to ambulance-chasing cases. When he comes across an open-and-shut medical malpractice case, he refuses an out-of-court settlement to challenge a charitable hospital run by a godman. This is his last chance to redeem himself, a showcase of his courage against the flawed medical system. If this is sounding like another David and Goliath story, playwright-director Akarsh Khurana’s new play ‘The Verdict’ has many layers to it. Starring Adhaar Khurana, Akash Khurana, Aseem Hattangady and Digvijay Savant among others, it premiered at the Prithvi Theatre Festival in Mumbai.

Based on Barry Reed’s novel, ‘The Verdict’, it was turned into a film by Sidney Lumet, starring Paul Newman, James Mason and Charlotte Rampling, which bagged five Academy Awards. A big fan of the film from a very early age, Akarsh secretly harboured the desire to adapt it for the stage. But, he tells, “It was a complicated film to adapt and also getting rights of the film was quite tricky.”

So, when Margaret May Hobbs’ stage adaptation of Reed’s courtroom thriller was produced, Akarsh knew it was time to realise his dream. Making no bones about the fact that his job became much easier, Akarsh says, “It perfectly served our purpose. The hard work of doing the adaptation for stage was already taken care of.”

While the basics were in place, there was still a lot of work to be done. Akarsh explains, “A story based on the western law system, where an underdog is taking on the Church, might not resonate as much with Indian viewers.” For ‘The Verdict’, Akarsh was lucked out. “Normally, when you apply for adaptation rights, people are not very understanding, rather they are sticklers for doing it exactly the way it is.” But these agents gave Akarsh a free hand and he customised it for the Indian audience.

As part of the re-contextualisation, his hero takes on a well-connected Swamiji. There are nuanced references to haves and have-nots, Hindi as the national language debate, corruption at many levels, money calling the shots, religion, about second chances and finding your faith. And none of it was a part of a check-list to cover. “It could be a stray dialogue or a subtle reference to a prevalent issue. It doesn’t have to be a deep dive into everything. The audience today is so aware, so evolved that they know what you are referring to the moment you do.”

Courtroom dramas are aplenty but this one is different. Yes, there are certain common tropes, but Akarsh says, “It’s the story of an underdog and what made it pertinent for me was that it was about a medical malpractice case, which we don’t see enough of. Another thing that makes it unique is the underlying story of the play, which is about faith. Even the lawyer who doesn’t believe in God realises it’s important to have faith in something. He doesn’t end up becoming a believer, but begins to respect that people need something to hold on to.”

And the fact that ‘The Verdict’ opened to a packed auditorium, with the audience rooting for the good guy, the experience was overwhelming for team Akvarious. “People were almost cheering during the court case. We were a little taken aback that it was such a crowd-pleaser but in retrospect, it makes sense.”

In the last three years, Akarsh has dabbled in directing plays, a movie and a series for OTT. There was ‘Rashmi Rocket’ starring Taapsee Pannu; ‘Mismatched’, a series on Netflix; ‘Jugadistaan’, another web series, which kept him busy. He also acted in a film and a series. A reluctant actor, as he calls himself, he admits that the process of direction for all three mediums is very different. Yet, at the heart of these platforms is being among actors, directing them and telling stories, which he is fond of doing. “From an early age, I’ve been working in multiple mediums. It doesn’t feel like choosing, they are extensions of me.”

However, right now, he wants to take a break to be in his ‘happy place’, his ‘refuge’ — theatre. “I’ve had back-to-back projects, so after ‘Mismatched’ season 2 released in October, I really wanted three-four months to take my plays to different cities.”

While shows of ‘The Verdict’ are lined up for Mumbai and Chennai, Akarsh will also be bringing to Chandigarh ‘Dekh Behen’, one of his most popular plays, in January 2023. And he hopes the city would want ‘The Verdict’ next.