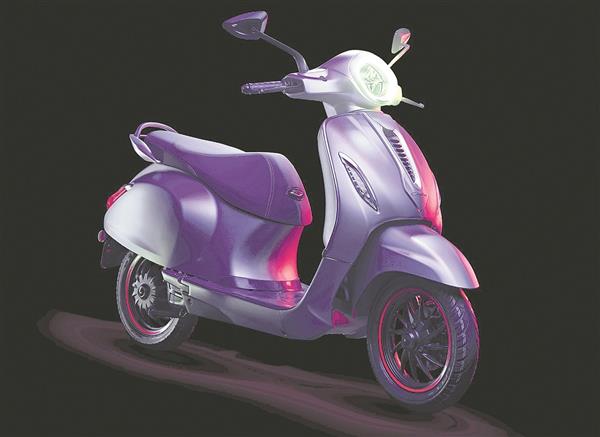 Electric vehicles (EVs), also sometimes referred to as battery electric vehicles (BEVs), have been touted as the ‘solution’ for many decades. With pollution levels soaring across the board, the need for EVs is now greater than ever. The emergent electric vehicle market, an industry that has been in the pipeline for many a year, is now a concrete, viable alternative to petrol and diesel vehicles.

With major world powers concentrating on building an efficient electric infrastructure, it is only right that India follows suit. Consequently, India has set an ambitious target to move majority of its vehicles to electric by 2030 and has recently invested to the tune of Rs10,000 crore for the second phase of FAME (Faster Adoption and Manufacturing of Hybrid & Electric Vehicles). The end goal of this investment? To broaden the charging infrastructure in India.

India’s vehicular market is dominated by two-wheelers (only 11 per cent of Indian households own a car), and with two-wheeler emissions accounting for 75 per cent of all vehicular pollution in India, it’s imperative that we opt for the future by going in for the electric vehicles. So what are the two-wheeler scooter offerings in India? Let’s take a closer look.

If there is one name that is synonymous with scooters in India, it most certainly is Chetak. Titled after the legendary horse of Indian warrior Maharana Pratap Singh, Chetak has continually provided an affordable means of transportation to a number of Indian families. During its sale period of 1972 to 2006, more than 1.3 crore Chetak scooters were sold in India! After this, Bajaj began placing greater prominence on motorcycles. However, get ready for a wave of nostalgia as Bajaj re-enters the scooter segment with the Bajaj Chetak electric scooter — a swankier and chicer looking unit than its predecessor. Enthusiasts will be ecstatic to know that pre-bookings, at a token amount of Rs2,000, have already begun in Pune and Bengaluru, with deliveries projected to commence by the end of February.

As far as the pricing and variants go, the base urbane variant is set to cost Rs1 lakh, which comes with front drum brakes whereas the premium version is priced at Rs1.15 lakh and is said to be fitted with front disc brakes. The prices are inclusive of the subsidies that all EV owners are said to benefit from, additionally, Bajaj will also provide a home charging station within the package. The Chetak’s offerings include two ride modes — Eco and Sport, with ranges of 95 km and 85 km respectively. Once drained, the battery can be charged using an average household 15-amp electrical outlet. Prospective buyers will be buoyed with the knowledge that the Chetak comes with an overall warranty of three years or 50,000 km (whichever occurs first).

First launched in 2001, the iconic Honda Activa enters its 20th year of sales in the Indian market and also claims the honour of highest selling scooter. While the Honda Activa Electric has not yet been unveiled, Minoru Kato, president and CEO of HMSI (Honda Motorcycle and Scooter India), has said that work on the electric scooter is underway at their Japan headquarters. While it is not official as to what the scooter will be titled, there is great anticipation that the ‘Activa’ brand name will be preserved to cash in on its recognition in the Indian market, with it being a common household name.

The speculation surrounding the state-of-the-art scooter suggests that this two-wheeler will combine utility with modern design. The EV is said to feature a fully digital instrument cluster, support fast charging. It’ll have LED headlamps, LED tail lamps, an anti-theft warning system, ample storage as well as eco and power riding modes. While the timeline for the launch is yet undetermined, it is thought to be around the first half of 2020. Since the Honda Electric is geared towards metro city dwellers, Honda intends to make it stylish yet practical with metallic body parts giving way for plastic ones, in order to reduce weight and provide a longer range, the seats are said to be expansive enough to accommodate two riders restfully and there should be ample storage space too.

Not the first foray into EVs for TVS Motor Company, back in 2008, TVS unveiled the Scooty Teenz Electric scooter with a lead-acid battery, a range of 40 km and a top speed of 40 kmph. This then marks the brands second incursion into the EV segment. The iQube Electric will first debut in its home city of Bengaluru before introducing itself in other cities, for those ardent admirers, pre-bookings can be made at select dealerships or on the company’s website for a sum of Rs5,000. Catering to a “Green and connected youth of India”, the feature-laden iQube hosts a Q-park assist mode, a TFT screen with smartphone connectivity (via the iQube app), navigation assistance, incoming call/SMS alerts, last park location, geo-fencing, ride stats and remote battery charge status, among other sophisticated features. While the aforementioned connectivity features will be offered on a monthly chargeable basis, TVS claims the first few patrons are set to avail the features at no cost. As for the performance package, it generates 140 Nm of torque, propelling the scooter from 0-40 km/h in 4.2 seconds and can rapidly grind to a halt thanks to its 220 mm disc brakes at the front and drum brakes at the rear. To add to its style quotient, it gets 12-inch alloy wheels, LED head lamps, LED tail lamps as well as LED DRLs.