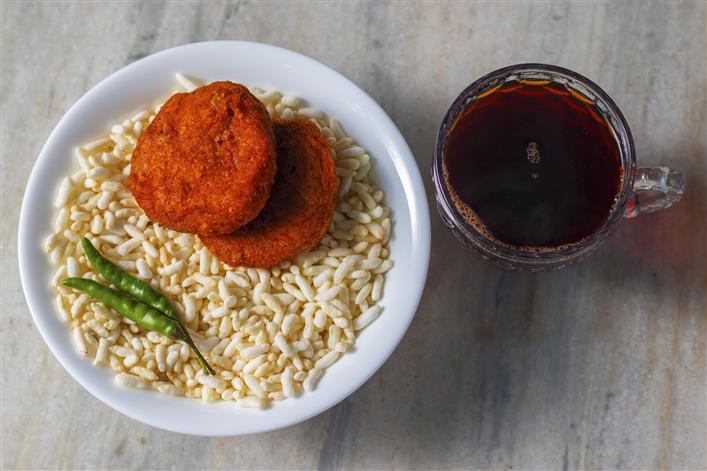 There are those who believe that calling an aloo tikki a chop is sacrilege. A chop is quintessentially a meaty dish crafted out of lamb or pork. Weren’t the bushy sideburns sported by fierce-looking military men during the colonial wars referred to as chops? This issue can’t ever be resolved, like the endless debate about vegetarian and non-vegetarian biryani.

We have enjoyed aloo chops that can’t be confused with aloo tikki. Mother, who spent years in Bengal, followed a recipe that blended the best of both worlds. This chop was packed with spicy mince or encased a mini-chop flattened and fried, with a bone sticking out. It was beautifully crumbed, and the potato mash that gave the chop its name was creamy, laced with mint and garlic, but eschewed stronger spices. Then, there was another version in which finely chopped hard-boiled eggs, green chillies and coriander leaves added the zing. She could shape them like croquets or large cutlet-like patties. These two were coated with bread crumbs. Both belonged, unabashedly, to the tables of privileged bhadralok in a city now known as Kolkata.

Years later, we were introduced to the man-on-the-street’s aloo chop. This was created for ravenously hungry and stronger stomachs. Unlike its patrician cousin, this chop wasn’t pan-grilled but deep-fried. More than a generous pinch of garam masala spiked up the potato mix. Of course, green chillies lent it a fiery touch. It was more often than not paired with a large bowl of jhaal muri to make a belly-filling meal. We saw many combine ghughuni (boiled chickpeas soup) with this. A young foodie friend from Odisha has added the information that it tastes even better with piping hot mutton curry. (Of course, only the gravy is bought to keep the splurge within budget).

We were suddenly reminded of aloo chops when children at home pestered us to celebrate the heavy downpour with pakora and samosa. The day was saved by the aloo chop, not aloo tikki.

A sprig of coriander leaves (chopped with stems)