An enduring bond with the paper

During the days of militancy in Punjab, Editor-in-Chief VN Narayanan received death threats, but he did not shirk his duty. 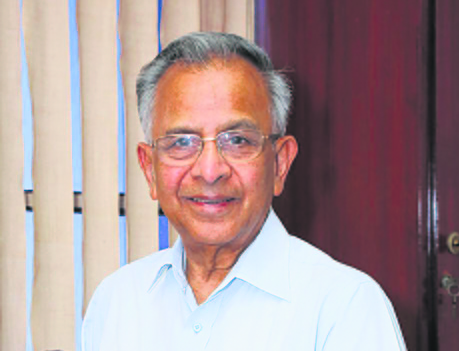 In 1960, I came to Chandigarh from Calcutta (now Kolkata) for setting up a factory with German collaboration. Coming from a metropolis with a long history to an absolutely brand-new city with a population of 75,000 was somewhat daunting. However, business takes us anywhere. Chandigarh had only one cinema house, one proper restaurant and one major hotel. To stay on the air map of India, there was only one commercial flight once a week. Thus, it was not surprising that there was only one English newspaper, The Tribune. It was the solitary source of local, national or international news. It was also the search engine. Whenever I and my wife were looking for a house on rent, we scrolled The Tribune’s classified advertisement columns. The Tribune had become a companion with the morning cup of tea.

The Tribune was headquartered at Ambala before it shifted to Chandigarh. It did not matter to the readers since it made its presence felt in the City Beautiful. It gave details of the 1962 Indo-China war, the 1965 Indo-Pak war, and also the 1971 Bangladesh war, although national radio would give updates of the events.

I recall an episode during the Emergency. R Madhavan Nair was the Editor of The Tribune and he was fairly independent and sensible, not crossing the line in the coverage of news or airing of his views. He did not follow the dictates of the then Chief Minister of Haryana Bansi Lal. The latter wanted to get Nair arrested and asked NP Mathur, the then Chief Commissioner of UT Chandigarh, to take immediate action. In a conversation with me, Mathur mentioned that he politely refused the demand for arrest and told the Editor, “Mr Nair, as long as you are within the UT boundaries, you are in no danger of arrest, but if you take one step out of its limits, I will not be able to help.” The Tribune’s stock in the estimation of the people went up.

The then Editor-in-Chief VN Narayanan became a family friend. When I was chosen to be World President of Rotary International, I requested him to write an article on me for publication in the official magazine, The Rotarian, circulated worldwide. Normally, a staff member of Rotary would be assigned that task, but I felt more comfortable with VN. When I returned in early July 1992 from Rotary world headquarters after completing my two-year stay, Punjab and Chandigarh were in the throes of militancy. VN received death threats, but he did not shirk his duty and always travelled to office or wherever he had to. I told him not to act like a daredevil. His answer was, “I have left it to God and have prepared Radha to accept it if I do not return alive.” He shifted to Bangalore as Chief Editor of Bhavan’s Journal, but our relationship sustained.

My affinity with the paper was constant as was the connection with Editors and Editors-in-Chief. All of them left an indelible mark on the paper, even as they had their individual perspective and ideology. The paper did face crests and troughs just as we experience in life. The ship may have rocked sometimes, but it floated steadily, thanks to the philosophy of its founding father. The paper never became a commercial and business proposition. Thus, it remained independent and continued to be respected by society.

Reading The Tribune became a habit, a sort of addiction. When I was in the US for two years (1991-92), the fastest mode of written communication was fax. I used to get copies of The Tribune airmailed twice a week. If I was travelling, my secretary in India would fax the important local and national news, and articles. The Tribune had given me the luxury of feeling at home. As time progressed and technology developed, the most significant development was the arrival of the Internet. Be it in the US or any other part of the world, even Africa, which I visited frequently on service projects, The Tribune was with me through the Internet. I got the newspaper as if I had the real daily in my hands, scrolling and reading local, regional and national news. I suppose The Tribune was among the first in India to come up with a web edition. Even during the pandemic, The Tribune has retained its premier status and for many, it is read first, and then the others. The celebration of its 140th anniversary is its crowning glory.

The Tribune has continuously extended and expanded. I asked Prem Bhatia, when he was the Editor-in-Chief, “With such a vast expanse, why don’t you make it a national daily?” His answer was quick, “We like to be number one instead of one among many.” One could not dispute that.