An ode to a fleeting falsa 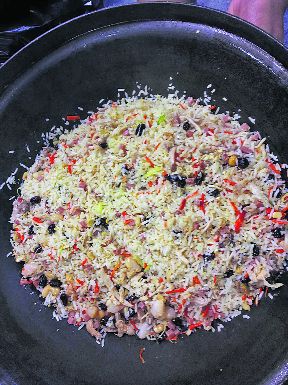 Those who are philosophically inclined will argue that all flavours are fleeting — whatever our palate tastes, it vanishes in the realm of memory in an instant. Well, we think that this is carrying things a bit too far. There are delicacies sweet and savoury, sour and pungent that we can enjoy most of the time with whatever is gifted to us seasonally by Mother Nature. Frozen, sun-dried and preserved in myriad ways, many ingredients are no longer beyond our reach when we yearn for a favourite. However, there remain a few delightfully elusive characters that make an appearance for just a couple of weeks to tease and tempt us before they disappear. The falsa berry ranks high in this category.

There was a time when everyone — almost everyone — was familiar with this friend. The thirst-quenching, heatwave-beating sherbet made with it was a much sought-after home remedy that brought immediate respite from the scorching sun. The taste was mildly astringent, sharply sour but with seductive sweetness to melt the hardest of hearts. The colour — light violet or pleasantly pink — was distinct enough to claim a name of its own: falsaee. But we digress.

In recent years, falsa has become almost extinct. It broke our heart when we bought falsa sherbet in a foodgrade plastic bottle only to receive a shock generated by the label; it had not only an unhealthy amount of sugar but also was loaded with synthetic colours, nature-identical synthetic flavours and preservatives. You could barely feel the presence of falsa. The same fate has befallen buransh (rhododendron in English) beverages and jams in Uttarakhand and Himachal and mahua in Jharkhand, MP and Chhattisgarh. Rarer still are those who have encountered falsa chutney and falsa pulao. The berry has to be systematically sourced from pushcarts, vendors or enterprising fruit and vegetable sellers. Making a sherbet or chutney at home is child’s play. The recipe for falsa pulao is like the Holy Grail, hidden and guarded zealously by some older members of the families that still dwell in small towns and villages.

Most are content with making a falsa pulao that is a variation on the moti pulao theme where the edible pearls are fashioned out of mini-marble sized mince balls. Till the berry visits us again, this is what we are pleased to share with our beloved readers.

Marinade the mince/paneer, mixing half the garlic and ginger paste and powdered spices, along with gram flour. Keep aside for 30 minutes. Shape the mince/paneer into small (pearl-sized) marbles. Heat ghee or oil in a pan on medium flame and fry half the onions till golden brown. Remove with a slotted spoon and keep aside. In

the same ghee/oil, fry the minced ball, mimicking falsa for five minutes till cooked evenly. Stir the pan gently to ensure this. Remove these and keep aside.

Add the rest of the onions and tomatoes to the pan and stir fry on medium flame till the onions are translucent and oil rises to surface. At the same time, bring two cups of water to boil. In another pan, add the whole spices to it, and then the rice that has been soaked in water. Add lemon juice and sugar. Cover and cook for three to four minutes, then drain excess water. Add the rice to the pan in which the onion spice mixture is ready. Add a cup of hot water, stir gently and cover. Continue cooking on medium-low flame for another three minutes. Dissolve edible red colour in a cup of milk, stir and pour over the rice evenly. Replace the lid and simmer on very low flame for two minutes. Remove the whole spices before serving.