An unfair representation: women in police force : The Tribune India 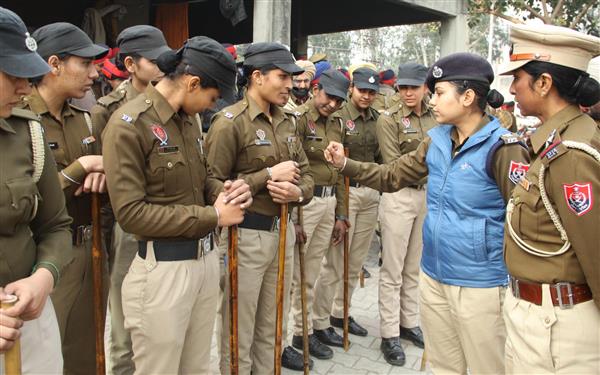 Senior women police officers feel it is important that women in the police force are seen in leadership roles at all levels, and not just at the officer level. Tribune photo

Stereotypes and fears were what Amanpreet Kaur of Mohali encountered when she was selected for the post of Constable in Punjab Police in 2012. No one in her family had ever been in this profession and after initial hesitancy, her decision to join the force dominated by men was supported by her family. Ten years later, Amanpreet, now a Senior Constable and mother to a two-and-half-year-old, is happy to be a part of the system that’s undergoing change on gender perception. “Today, when young girls come forward to shake hands and say my uniform inspires them, it gives me pride and satisfaction.”

This share of women in police force grew to 10.5 per cent in 2020. Clustered mainly in lower rungs of hierarchy, the percentage of women officers stands at 8.2. 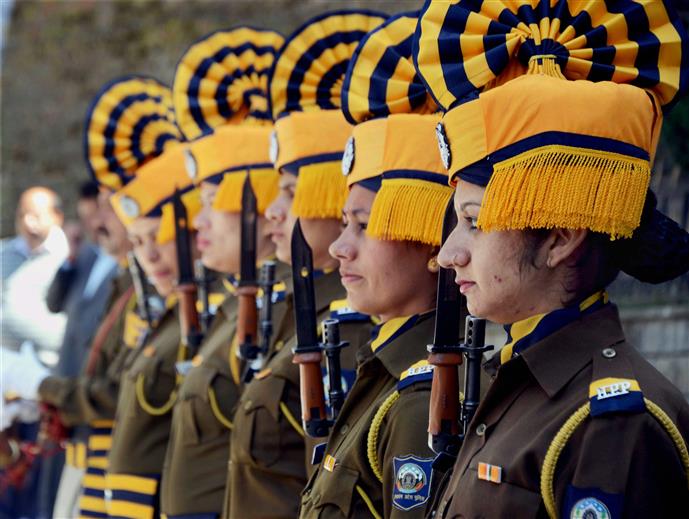 Generalisation about the police force is cited as the primary reason for the low intake of women, despite the ‘power’ and job security. Analysing the “Data on Police Organisations 2021” released by the Bureau of Police Research and Development (BPRD), the India Justice Report of July 2022 reveals that the share of women in Indian police force in 2020 was merely 10.5 per cent. In Punjab, the number stood at 9.4 per cent, in Haryana 8.9. At the officer level, Haryana was a little ahead at 11.6 per cent compared to Punjab’s 7.1.

Gurpreet Deo, ADGP, community affairs division and women’s affairs, Punjab, who chaired the recent selection of 4,383 Constables, 33 per cent of whom were women, observes that not many urban women apply for jobs in the police at junior levels. It is mostly women from rural and backward areas looking for a government job who apply. “This profession is very demanding and requires 24x7 time and commitment. Law and order issues can erupt anywhere, anytime,” she says.

Deo reveals that during the last recruitment, the largest number of women candidates was from Malwa, with most coming from the districts of Fazilka, Sangrur, Bathinda and Patiala. There was very little representation from Majha and Doaba regions.

Anita Punj, ADGP-cum-Director, Punjab Police Academy, Phillaur, says the 33 per cent quota for women will help reduce the massive gap in this traditionally male-dominant organisation. As the number of women entering the police increases, she points out, the dynamics of gender roles and stereotyping are bound to change, which will help women perform more active policing duties. “At our end, we are trying to bring about gender sensitisation, which is part of our curriculum. Our workshops also sensitise the male and female recruits in their response to each other professionally.”

While in Chandigarh Police, the overall percentage of women is 22.1 per cent, its officer strength is 7.2 per cent. The Himachal Pradesh Police fares better than other northern states. The overall percentage of women personnel in the state, which has the distinction of inducting the earliest all-women battalion almost 10 years back, lies at 13.5 per cent, a drop from 19.2 per cent in 2019.

The number of women officers in the state, however, remains at a low of 5.2 per cent.“Women personnel are being integrated at all levels and help desks have been established in all police stations in the state. At least six women per police station are posted,” says Sanjay Kundu, DGP, Himachal Pradesh.

India’s first woman IPS officer, Kiran Bedi, is happy at the change that is coming about, albeit slowly. She says, “I faced biases, prejudices, apprehensions, envy, competition, snide remarks and isolation when I first joined the forces. Culturally, India has a huge legacy of gender discrimination. The induction of women in police force started not so long back. It is taking its time to pick up and become a preferred vocation. Today, women cops are at all levels.”

Many laws like POCSO and cases related to domestic abuse and rape mandate the presence of women police officers. From 2006 to 2020, the strength of women police personnel in the country increased from 3.5 per cent to 10.5. Sadly, women remain clustered in the lower rungs. Nationally, the share of women officers stands at 8.2 per cent.

Charu Bali, ADGP, crime against women, Gurugram, says while things are improving for women in police forces today, it is important that they are seen in leadership roles at all levels, and not just at the officer level. “Representation and visibility of women are important for everyone to understand their experiences. This can come about only if there is a strong system in place, be it with regard to recruitments or postings,” she adds.

Upneet Lalli, who is heading training and research at the Institute of Correctional Administration, Chandigarh, has been working closely with the police for nearly 15 years. She feels the department needs to do lot of groundwork for gender-specific needs — whether it is ensuring physical infrastructure facilities like changing rooms and toilets, creches or helping understand the dual roles that women play as caregivers at home. “The issue of gender discrimination, which is much more at lower ranks, too needs to be addressed.”

That said, adds Lalli, once more women enter the field and prove themselves to be competent, this barrier too will break, bringing in more inclusivity.

The mandatory presence of women police officers in certain situations often leads to gender stereotyping of a job role. For instance, the law mandates that when a woman victim files a complaint, a woman officer should deal with it. Often women cops end up handling similar kind of cases, while not getting an opportunity to develop expertise in other fields, which deters their professional growth.

Sub-Inspector Pushpa Devi, who was posted at the Bassi Pathana sub-division of Fatehgarh Sahib, could not agree more. “Being part of the women’s help desk team, I mainly handled cases related to women but many times even those related to NDPS Act and excise,” she says.

In its judgment last December, the Madras High Court observed that women police personnel are among the most vulnerable to workplace harassment.

Most police women are not forthcoming in lodging complaints against their superiors despite a robust POSH Act [Sexual Harassment of Women at Work Place (Prevention, Prohibition and Redressal), 2013] in place. The legislation also gives timelines for the completion of inquiry and subsequent action. However, a minimal number of formal complaints actually reaches the headquarters, with most women cops settling for informal reporting at the SHO level.

A woman officer, on the condition of anonymity, says the department, while trying to bridge the gender gap by filling quota posts for women, at times relaxes rules to recruit the required number. Here, Prakash Singh, former UP DGP, offers a word of caution. He says, “There is openness about women entering this field but while women should be recruited freely and without any inhibition, there should not be a frantic hurry to induct them just to fill the quota.” Old barriers take time to break down, but they are breaking. Let this be a gradual process, he concludes.