At home in Himachal

In Spiti, a discarded bit of newspaper was being used to wipe snow off a jacket. Someone picked it up to learn what was happening on the other side of the snowbound hill. 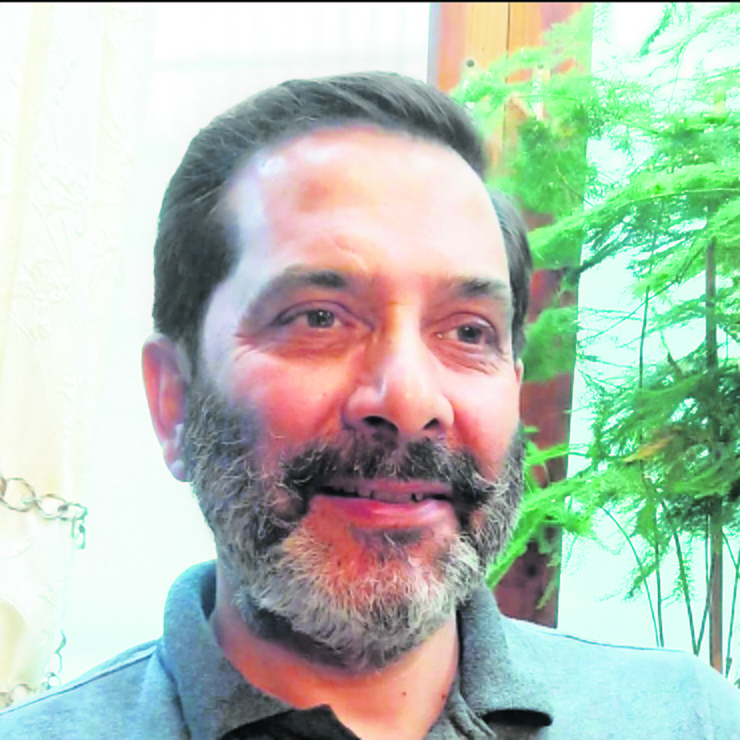 The Tribune has always been a part of our household in Shimla. Picked up early in the morning from the doorstep, its pages were something taken for granted and were a part of the daily routine. The paper first reached my father who, with a cup of tea, would read in bed and when something of particular interest came up, he would read that item aloud to my mother. At times, then, they would discuss it at length.

After that, the paper would move on to the dining room for all others to read before breakfast — or after, as sometimes it could be delayed on account of the weather. My father was born and grew up in Lahore and the two papers, I was told, that came to the house were the long-defunct The Civil and Military Gazette and The Tribune. The former catered substantially to the Anglophile and the latter balanced the journalistic scales and was avowedly, but maturely, nationalistic.

When we were young, we wanted papers with comic strips and in our eyes, their rating was established correspondingly. The Tribune did not cater to such whims and as such, for several years, was dismissively relegated as something that only ‘grown-ups’ read.

After school, with a horde of other boys from Himachal Pradesh, I joined Government College in Chandigarh. Somewhere along the line, I ended up editing the college magazine. We would have so many discussions of what to put on its pages and the one idea that took root was to connect this college’s roots to the parent one in Lahore. To give it shape, we set out to collect stories from people who belonged to Lahore and were now settled in Chandigarh. One of these persons — and of considerable eminence — was Prem Bhatia, the then Editor-in-Chief of The Tribune. With my good friend, the editor of the college magazine’s English section (and now, also my brother-in-law), off we went to The Tribune’s office. My father, who knew Prem Bhatia — they were from the same college, though years apart — had warned us, “Be punctual, be polite and be precise.” We ticked off the three ‘Ps’ and had a very pleasant half an hour with this multi-faceted man and a legendary journalist.

Years later, now back in the hills that I love, I began writing the odd piece for the paper. These were small articles that were first written in longhand and then handed over to a very fine and capable gentleman to type. With a covering note, these were mailed to the paper and its anonymous decision-makers. Many were published; those that weren’t became the source of considerable soul-searching, “What was wrong with it? Was the subject inappropriate? Was it badly written?”

The enjoyable thing about writing is its unpredictability. From a column on interiors and design, I was jumping to hotels and travel writing, to poetry and fiction and brushing with history and academia. At the same time, whenever I was travelling across Himachal, I began to notice the respect that The Tribune had garnered. Sitting in a small dhaba on the road to Chail, there was a piece of paper being used to hold pakoras; despite the oil stains, someone was reading it slowly, carefully, mouthing the words. Up in Spiti, a discarded bit of paper was being used to wipe snow off a jacket and again, someone picked it up to learn what was happening on the other side of the snowbound hill.

When I resumed writing for The Tribune after a gap that had been taken up by books, columns elsewhere, television and family, it was a homecoming of sorts. And well, why not? After all, the first home that the paper had had after Partition was a couple of hundred yards away from mine. Bantony, in Shimla and now, under restoration, was where The Tribune was published till it moved to Ambala.

This may sound rhetorical, even pompous, but what makes a newspaper stand out? Many have become machines where business compulsions and monetary opportunities have overtaken editorial and journalistic content. The Tribune is handled by a Board of Trustees and not a board of directors who, by the very nature of things, are compelled to turn to the balance sheet to assess success or failure. One reason why I think The Tribune remains highly respected in Himachal Pradesh is due to the high rate of literacy in the state and correspondingly a somewhat more discerning — and demanding — readership. Even if the paper has sometimes been called stodgy, its non-partisan and authentic reporting have given it credibility. This, in great measure, has come from its ethical and capable correspondents and journalists who have covered the state. Again, it is a wayside anecdote that marks the standing The Tribune has in Himachal. Not so long back, there was a matter that had triggered controversy, and one overheard this matter-of-fact statement that settled the issue, “Tribune mein tha, to theek hi hoga” (It was in The Tribune, so it must be correct).