Banks can’t hold you liable if a relative defaults 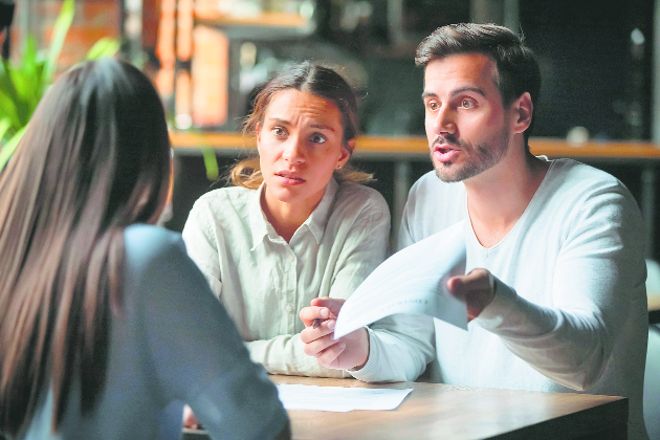 My brother and I have separate accounts in the same bank branch. My brother had apparently taken a loan which I was not aware of. Due to some financial difficulties, he defaulted on the repayment of the loan. To my utter shock, the bank withdrew the due amount from my account. I am distressed by this action of the bank because I had kept this money for my daughter’s wedding to be held in December. When I protested, the bank claimed that they have the right to recover the money from me for my brother’s default. Do they have such a right? I am neither a co-borrower nor a guarantor. How do I get my money back?

Let me make it clear to you that the bank has no right to recover from you, the amount due from your brother. This is illegal and you must tell the bank to immediately deposit the amount deducted from your account, with interest. Write to the bank manager, nodal officer, the bank’s board and the Reserve Bank of India. Hopefully, you will get back your money immediately.

In a number of such cases, courts, including the consumer courts, have intervened on behalf of consumers and asked the banks to refund the amount illegally recovered from the customer. Last month, the National Consumer Disputes Redressal Commission looked at a similar issue and its order in the case would apply to your case too.

Can you please give details of this case?

This case pertains to the deposits made by a non-resident Indian, working in Kuwait, through his daughters, a total of Rs13,90,000 in the Cherukole (Kerala) branch of Muthoot Finance Pvt Ltd. Subsequently, in 2013, when he tried to withdraw the amount, he was told that his accounts were frozen and he would get the money only after realising the amount allegedly misappropriated by his brother, while he was the manager of the branch. When the consumer courts at the district and the state level asked the bank to refund the deposits of the complainant, along with accrued benefits, the bank filed a revision petition before the National Commission. Holding that there was no illegality in the orders passed by the lower consumer courts, the commission pointed out that the complainant was neither a party in the civil suit filed for recovery of the money, nor was he an accused in the crime. The bank cannot withhold his deposits merely on the ground that he was the brother of the accused in the embezzlement case, the commission held. (Muthoot Finance Pvt Ltd Vs Zacharia Mathew, RP NO 1075 of 2020, order dated September 20, 2021).

Let me also quote for your benefit another such case decided by the Gauhati High Court. Here again, the son of the complainant, who was a clerk in the bank, was alleged to have been involved in fraudulent credit and illegal withdrawal of money from a joint account held with his father. The father also had fixed deposits in the bank, from the terminal benefits that he had received when he retired as a teacher. The bank in this case informed him that till the investigation was over, all his accounts, including savings bank accounts and fixed deposits, would be frozen.

Here the High Court looked at Sections 148 (pertaining to bailment) and 171 (pertaining to the general lien of bankers) of the Contract Act and held that the bank had no lien or right over the deposits of the father. “This is a case where for the fault of the son, the father is sought to be punished, which is not allowed under the law,” the High Court said.

So it directed the bank to de-freeze all fixed deposits and savings bank accounts of the father, except the joint account with the son, which was under the scanner. (Tilendra Nath Mahanta Vs United Bank of India and Others, February 5, 2001).