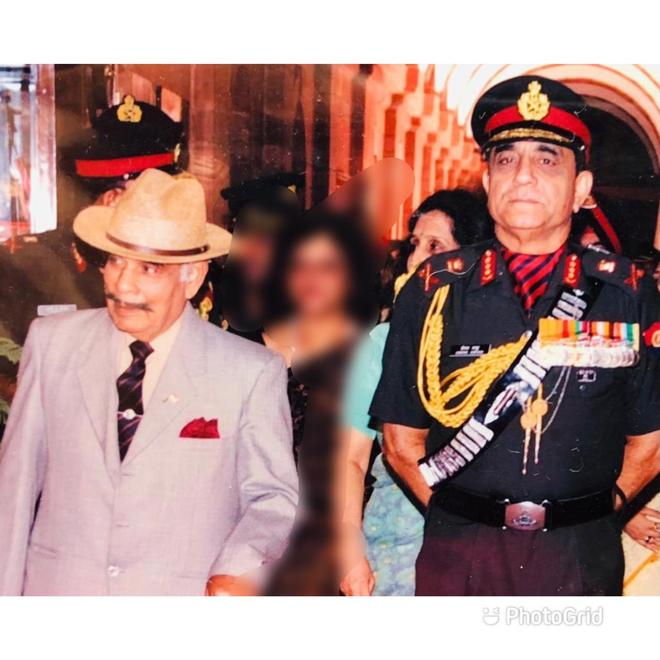 During Operation ‘Cactus Lily’ on the eastern front, among the seven Brigadier-rank officers awarded the Maha Vir Chakra (MVC) was Brigadier Kailash Prasad Pande, an artillery officer who was considered more than capable to command an infantry brigade.

Affectionately known in the Gunners’ fraternity as ‘Tom’ Pande, he was born in 1925 in an illustrious Brahmin family of Gwalior in the then Central Provinces of undivided India (now Madhya Pradesh). Kailash had his secondary education at Victoria College (now Rani Laxmi Bai Government College) where Atal Bihari Vajpayee, the former Prime Minister, was his classmate. The family had a tradition of its male members joining the Army and after Senior Cambridge, Kailash was commissioned into the Gwalior State Forces on August 25, 1945. 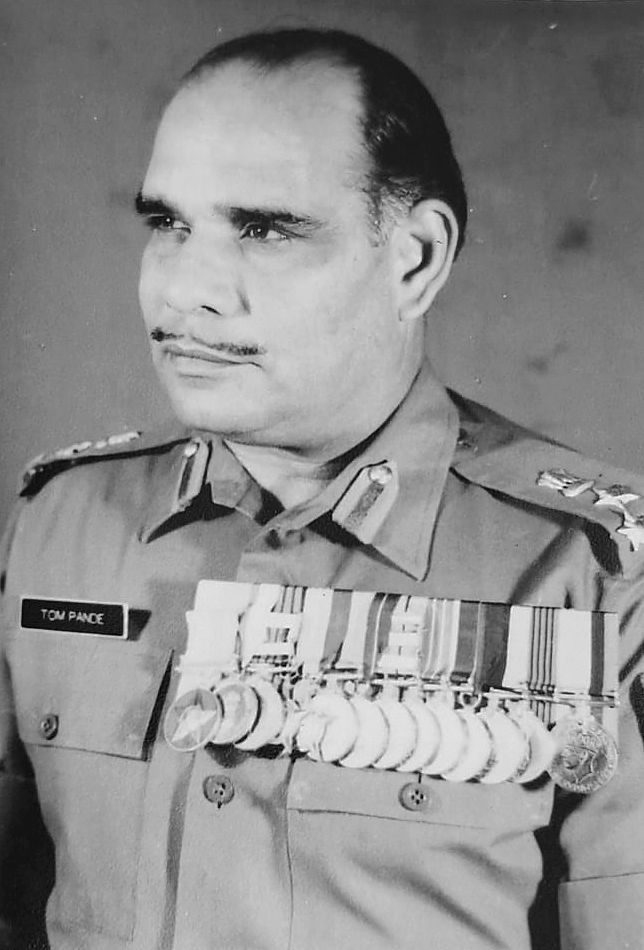 After amalgamation of the princely states with the Indian dominion and during reorganisation of the Indian Army post-Partition, ‘Tom’ Pande, now a subaltern, joined 42 Field Regiment. The first three youngsters from the Gwalior State Forces joining the Indian Artillery were affectionately named Tom, Dick and Harry. Second Lieutenant Kailash Prasad Pande, being short and stocky and with remarkable josh, got the name Tom.

In 1964, ‘Tom’ Pande, as Lieutenant Colonel, raised and also commanded 56 Mountain Composite Regiment (Pack). He also had a two-year successful tenure at the Indian Military Academy as Battalion Commander, where he enthused many good ranking Gentlemen Cadets to join the Regiment of Artillery.

In 1970, Tom was promoted to the rank of Brigadier and was given the command of 2 Mountain Artillery Brigade deployed in Arunachal Pradesh on the border with Bhutan, Tibet and Burma (now Myanmar).

In the early stages of ‘Cactus Lily’, the battle to capture Dhalai post turned out to be fierce with unimaginable casualties. Brigadier Shiv Yadav, Commander of 61 Mountain Brigade, who was badly injured, had to be evacuated. Lieutenant General Sagat Singh, Corps Commander of IV Corps, arrived on the scene and after having taken stock of the situation ordered Brigadier Pande, who at that moment was functioning as artillery adviser to the divisional commander, to take over 61 Mountain Brigade and carry on with the attack.

After planning afresh and regrouping of the combat elements, the battle recommenced. It was a fiercely fought battle with Brigadier Pande leading from the front. After successful conduct of the battle, General Sagat Singh was highly impressed with Brigadier Pande’s personal gallantry and exemplary leadership and immediately recommended him for the award of Maha Vir Chakra. Not just that, seeing the way he led the brigade with cool courage and innovative planning that produced results, General Sagat now directed Brigadier Pande to take over the brigade formally; a rare honour for an artillery brigade commander to be given such a prestigious assignment of commanding an infantry brigade, and that too in the middle of the battle.

Captain Deepak Kapoor, who would later rise to become the 23rd Chief of Army Staff, was then Staff Officer to Brigadier Pande at Artillery as well as Infantry brigade headquarters. A few years later, he would go on to marry Brigadier Pande’s daughter.

Under the command of Brigadier Pande, the battalions daringly leaned onto the mighty Meghna river on its southern bank and captured a steamer station at Daudkandi, resulting in a great number of Pakistani troops getting trapped between Comilla and Daudkandi. Some enemy troops, however, managed to extricate themselves and got into the fortress at Mynamati; they would eventually surrender a week later to Brigadier Pande. This lightning success on December 9 also resulted in the capture of 1,500 Pakistanis, including Lieutenant Colonel Nayeem, a commanding officer of the Pakistan army. This was the first major local surrender by Pakistani troops in the eastern theatre. On December 16, Brigadier Sheikh Mansoor Hussain Attif, Commander of Pakistan’s 117 Infantry Brigade, surrendered to Brigadier Pande along with 5,000 troops.

For his bold planning and almost always advancing alongside the attacking battalions, Brigadier Pande was awarded the Maha Vir Chakra. The battle account reads:

61 Mountain Brigade, commanded by Brigadier Kailash Prasad Pande, was assigned the task of clearing a well fortified position in the eastern theatre in December 1971. The task was successfully completed mainly due to Brigadier Pande’s inspiring leadership. He was always well forward, unmindful of his safety, encouraging troops and directing the battle. His brigade group advanced 40 miles in 72 hours, effectively bottling up the enemy and capturing the key posts. When lodgment was attained in the fortress of Mynamati defences, his brigade was subjected to the determined enemy attacks supported by tanks. Against all the relentless pressure of the enemy, the brigade held onto the defences until surrender by the enemy commander.

Throughout the operations, Brigadier Pande displayed gallantry, leadership and devotion to duty of a very high order for which he was awarded the Maha Vir Chakra.

It is widely believed that during the course of ‘Cactus Lily’, Brigadier Pande was thrice recommended for the award of MVC. Finally, the government, in its wisdom, combined all three recommendations and awarded the Maha Vir Chakra to this great soldier.

Consequent to the liberation of Bangladesh, while the Indian Army was promptly withdrawn, 61 Mountain Brigade was told to stay on for pacifying the restive areas. For a good eight months, 61, now a Mountain Brigade Group, under the command of Brigadier Pande helped put down rebellions and near uprisings, especially in Chittagong Hill Tracts. During the process, his men suffered casualties but delivered the results to keep up the good reputation of the Indian Army.

After a glorious military career spanning more than three decades, Brigadier Kailash Prasad ‘Tom’ Pande, MVC, superannuated in July 1979 and settled down in Bhopal, his hometown. After retirement, the Madhya Pradesh Government appointed him as Director General of Home Guards, where he introduced many reforms. He was also appointed secretary of the Madhya Pradesh Rajya Sainik Board.

After the Bhopal gas tragedy in 1984, he was given charge of the Madhya Pradesh State Red Cross Organisation. He went beyond the call of duty, often at personal risk, in providing timely relief and succor to the maximum extent possible.

Brigadier Pande, MVC, passed away on February 4, 2010, while attending the Artillery Reunion at the School of Artillery, Deolali. General Deepak Kapoor, his son-in-law, was by his side when the Maha Vir breathed his last.