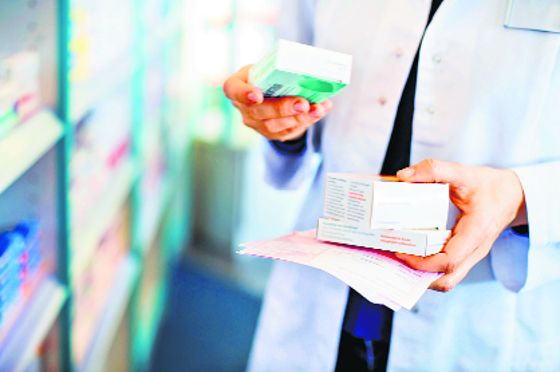 Recently, I purchased a pair of rechargeable batteries for Rs150. However, I was surprised to find that the maximum retail price (MRP) marked on the packet was Rs225. The retailer could easily have charged me Rs200 and I would have paid it, believing that he was giving me a discount on the MRP. My question is what is the sanctity of the MRP? I find that in case of medicines, too, sometimes the actual price is 10 to 40 per cent less than the marked price. How is the consumer to determine the correct price?

I have been getting many complaints from consumers on this issue and I fully agree with you that the MRP has become a farce, with many manufacturers printing highly exaggerated values of their products. During the second wave of Covid-19, for example, I found this practice to be highly prevalent in respect of many medical devices. A good example is that of respiratory exercisers that consumers bought to improve their lung strength. One of the brands, for example, had an MRP of Rs699. I found that a chemist was selling it for Rs399, while online shops were selling it for Rs150! In other words, a product costing Rs150 had an MRP that was almost five times (or 4.66 to be exact) its actual price. And any retailer might well have sold it for Rs699 saying that was the MRP and the consumer would have been grossly overcharged!

And the worst part is, there is no apparent logic to the way the manufacturers fix the MRP — in other words, on some products the difference between a reasonable retail price and the MRP may not be very wide, but in some cases, it would be extensive. So it is extremely difficult for the consumer to guess the actual price of a product and know whether he/she is being overcharged.

The logic behind asking manufacturers to fix the retail price was to prevent price manipulation by retailers and protect consumer interest. However, unscrupulous manufacturers are using this provision to give retailers an unbridled margin of profit — in other words, an ‘incentive’ to sell their goods, at the cost of consumers!

Are there any regulations on the issue? I represent a consumer organisation and would like to know how consumers can be educated on this issue.

Basically, the Legal Metrology (Packaged Commodities) Rules mandate that the manufacturers provide certain important label information on pre-packed goods. And this includes the retail sale price, which is defined under the Rules as the maximum price at which that commodity may be sold to the ultimate consumer and shall be printed as MRP (inclusive of taxes). Rule 18 (2) says that no one can sell a pre-packed commodity at a price exceeding the retail sale price. However, there is no law against exaggerated MRPs.

The only way to prevent printing of amplified MRP by manufacturers is to bring more transparency in the pricing of the product. For example, if it becomes mandatory for the manufacturer to print the invoice price or the price at which he sells to the retailer as well as the MRP, then the consumer may be in a better position to assess the product’s actual worth or price. Besides, this would prevent the manufacturer from writing highly exaggerated MRP as he would be exposed.

However, at many of the meetings on this issue called by the Union Ministry of Consumer Affairs, manufacturers have opposed such dual price marking.

So there are two ways in which consumers can bring about a change — one is to challenge the misleading MRP printed on packages as an unfair trade practice and see how the consumer courts will respond. After all, a highly magnified MRP misleads consumers on the actual value of the product. Besides, many retailers use the exaggerated MRP as the reference price to claim ‘bargain offers’ and ‘discount sales’. This is again a deceptive practice. The other is to pressurise the Union Ministry of Consumer Affairs to bring about transparency in the pricing of pre-packed goods through an amendment to the Legal Metrology (Packaged Commodities) Rules. Consumers and consumer groups, of course, have to really fight hard to counter the powerful manufacturers’ lobby!