Cartiers & Patiala necklace: On trail of a lost marvel

23 years after it wowed the West, ‘the Patiala Necklace’ went missing, only to be rediscovered in bits and pieces 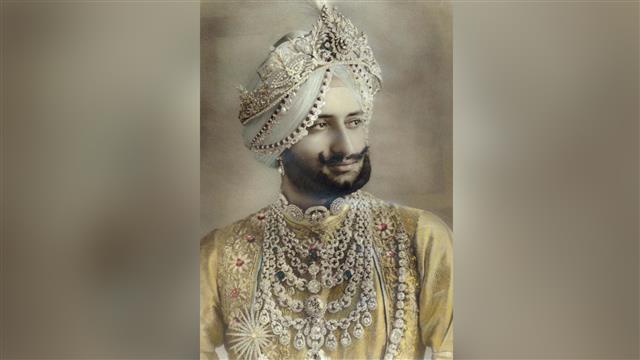 In the summer of 1925, the head Cartier Paris salesman was summoned to the elegant Hotel Claridge on the Champs-Élysées by a very distinguished client. One of the richest men in the world, Maharaja Bhupinder Singh of Patiala didn’t do things by halves. With five wives and a world-renowned appetite for every conceivable type of luxury, from Rolls-Royces to aircraft to diamonds, he personified Eastern splendour. When Jacques had visited him in India fourteen years earlier, the Maharaja had been more interested in selling gems than buying them, but now he had decided to update his heirlooms into a collection that would put his fellow Indian rulers in the shade.

Knowing from experience that the Indian ruler didn’t like to be kept waiting, M. Muffat had made his way briskly from 13 Rue de la Paix toward Claridge. On arrival at the enormous royal suite, the salesman was shown through to the sitting room and asked to take a seat at a table by the window. As he waited for his esteemed client to appear, a large wooden box was carried over and placed in front of him. Several minutes later, the imposing thirty-four-year-old ruler entered the room and gave instructions for the box to be opened.

Muffat peered inside. It was filled with what seemed to be hundreds of crumpled pages of newspaper. As he glanced up, confused, the Maharaja urged him to look closer. Muffat carefully opened one of the sheets of paper, and a large Burmese ruby fell onto the table. As the ruler nodded his approval, Muffat kept going. The next paper enclosed a diamond as large as his thumbnail. And then another. And another. There were white diamonds, yellow diamonds, brown diamonds, diamonds with a greenish tint, others with a hint of pink. There were deep red rubies and vivid green emeralds. There were bracelets, earrings, and necklaces. Muffat, a connoisseur of gemstones who had worked at Cartier for more than twenty years, tried hard to hide his awe and assume a professional expression.

The Maharaja of Patiala told Muffat that he was looking for his gems to be reset in a more modern style. He wanted, he explained, to have jewels worthy of a king. Muffat nodded respectfully and took out his notebook and silver pen. “What are you doing?” the Maharaja asked. Muffat replied that he was simply writing down each piece of jewellery and every individual gemstone in the box so there would be a record of all the jewels that the ruler was depositing with Cartier. “I don’t need that!” the ruler responded quickly, never doubting for a second that Cartier was to be trusted. “Please just take them!”

It would take Cartier three years to turn the Maharaja’s gems into a collection of jewels that would go down in jewellery history. There would be head ornaments, anklets, armlets, and traditional Indian jewels from a hathpul (worn on the back of the hand, linking bracelet and finger rings) to a diamond, ruby, emerald, and sapphire nath (nose ring). More than two hundred pearls were drilled to make a single bracelet. But the piece de résistance was a necklace of such brilliance that it outshone everything else. Containing a staggering 2,930 diamonds and weighing over a thousand carats, it was mounted in platinum and enhanced by Burmese rubies. And at its center was the yellow 234.6-carat De Beers diamond, the size of a golf ball and the seventh-largest diamond in the world.

For all its splendour and importance, the Patiala commission didn’t actually end up being financially that attractive for Cartier, primarily because the Maharaja supplied most of his own gemstones. But it did do wonders for Cartier’s image in the West, where Indian rulers were the personification of untouchable magnificence. When Cartier displayed the Maharaja’s gems in an exhibition on 13 Rue de la Paix, visitors flocked from all over the world to see them. J.P. Morgan, The New York Times reported, “was heard to say he had never seen anything like it.” “We are transported into the world of the One Thousand and One Nights,” the French magazine L’Illustration exclaimed. “This is a dream world, the incarnation of a fugitive Oriental dream! ... The beauty and significance of this collection surpass the imagination.” If there had been any doubt as to Cartier’s prominence in the jewellery world, this made it crystal clear. “In America, where we are fond of naming Kings, Cartier would be the King of Precious Stones. If it has not formally received the title, still it exercises its sovereignty. On two sides of the ocean, in the old continent as well as the new, Cartier is the uncontested master of gems.”

The Patiala necklace sparkled under the light of the Indian sun for two generations, a symbol of power, wealth, and exquisite European taste, but in 1948 it sparked controversy when it was reported missing from the Patiala royal treasury. Nothing was heard of it for a further thirty-four years, at which point the De Beers diamond mysteriously reappeared, without the necklace, at a 1982 Sotheby’s auction (valued at $3 million). Sixteen years after that, part of the necklace appeared in a small antiques shop in London. Obviously, the De Beers stone was missing, but so were all the other big diamonds. It was bought by Cartier, who replaced the missing stones with replicas. It is said that if the necklace were in its original form today, complete with all the diamonds, it would be worth at least $30 million.

— Excerpted with permission from the publisher