Minnette de Silva, Sri Lanka’s pioneer architect whose 102nd birth anniversary just went by, shared decades-long friendship with the modernist architect, Le Corbusier. They never admitted to having more than a platonic relationship, but their correspondence over the years was full of humour, affection and yearning... 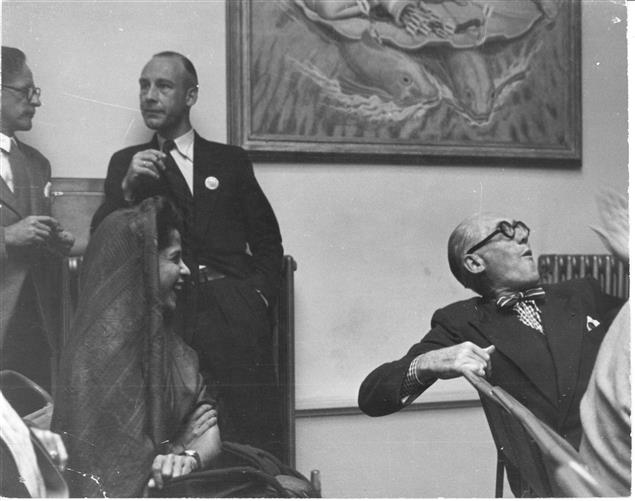 Chandigarh is a riddle. Loved as much as it is loathed, it was conceived as India’s first modern city. For Jawaharlal Nehru, Chandigarh would be the future and Le Corbusier — father of modern architecture — was the visionary to make it happen.

Never one for humility, Le Corbusier agreed. He brought Brutalism to India, imbuing his buildings with a kind of elemental spirituality. It was his first proper engagement with India, but his first contact with South Asia came in the form of a woman little known today, though impossible to ignore at the time. And it isn’t too far-fetched to say that she, too, exists in the foundations of this enigmatic city.

When Le Corbusier first met her, Minnette de Silva was an ambitious young architect, already forming her unique vision of modernism.  The 28-year-old from what was then Ceylon was on a visit to Paris. It was winter 1946, and after spending time with artist Brancusi in his freezing studio, De Silva was introduced to Le Corbusier in his Paris flat by the editor of a French architectural journal.

“I was, I think, his first encounter with ‘India’, as he then called Ceylon — soon to lead to Chandigarh,” recalls De Silva in her remarkable memoir, The Life and Work of an Asian Woman Architect. “I was shy and slightly intimidated by the heroic great man. I listened and observed.”

It is hard to imagine this version of De Silva: quiet, pliant, vulnerable. She was, in fact, a woman of steel — defying her father to pursue her architectural studies first in Bombay and later at London’s Architectural Association. She was a woman accustomed to socialising among all classes, including the very elite. Her parents, both political reformers, had known Gandhi and Nehru. Among De Silva’s acquaintances were Sarojini Naidu, Mulk Raj Anand, Ram Gopal, the great French photographer Henri Cartier-Bresson, Aldous Huxley, the Gielguds, even Picasso. That a woman such as this should blush before Le Corbusier is almost unbelievable — and yet she did. The effect, it seems, was temporary.