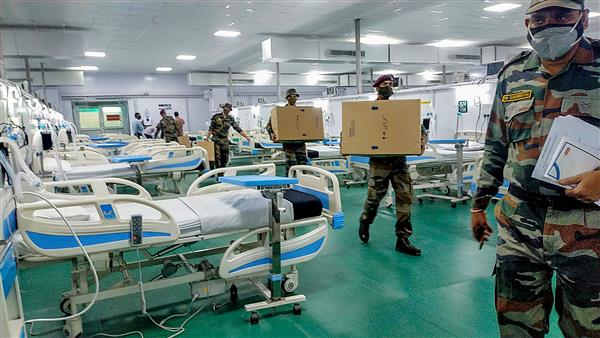 The second Covid wave has been punishing. Is a third one looming?

We are still learning about SARS-CoV-2 virus dynamics. We have seen in multiple geographies that the pandemic comes in waves because a part of the population, which is unexposed, remains vulnerable and the virus can attack this population and create a new outbreak. The possibility of a third wave in future cannot be ruled out. However, if everyone universally practises Covid-appropriate behaviour, there is optimum containment and an escalation in vaccination coverage, the probability of a third wave diminishes. Technically, with the best and comprehensive efforts, the third wave can be avoided. There are countries that have not experienced even the second wave.

Are mutants a major concern?

Yes, certainly. Virus mutants that are more transmissible cause severe disease or neutralise the vaccine efficacy; they are of immense concern. A consortium of a number of national labs has been created to conduct virus sequencing of the isolates obtained from all parts of the country. Over 25,000 such sequencing data are available. This has led to the finding that the variants of concern, isolated in other countries, have been detected in multiple states. The government is making efforts so that shortly it will be possible to sequence more than 25,000 isolates every month. It appears that mutated variants have contributed toward the ferocity of the present wave.

When will the present wave peak?

Prediction about the pandemic peaks is not easy and available models have not proven accurate. Generally, it is believed that this wave would peak anytime now. Keep in mind that the peak mortality follows the infection peak by about two weeks. Also, it will take several weeks for the wave to return to a reasonably low-level baseline. The behaviour of the wave is also dependent upon the efficacy of containment, people’s Covid-appropriate behaviour and enforcement of restrictions.

What about vaccine shortages?

We are the fastest in administering over 18 crore doses. This achievement is even more important because our efforts are entirely driven by ‘Made in India’ vaccines. The coverage so far amounts to half of the population of the US, full population of Russia and 2.5 times the population of UK. We expect significant acceleration after July, when ramped-up production of Covishield and Covaxin comes into play. Thereafter, new vaccines made by Biological E and Serum Institute (Covovax) are expected to be available.

There are concerns that India is not testing enough.

India has conducted the highest number of tests in the world for any country. We have profusely used kits developed and made in India. The testing capabilities are being extended into rural areas as well. There is no concern for reagent insufficiency as of now.

Mucormycosis is caused by a fungus (namely mucor). Instances seen in Covid cases are practically confined to those who have diabetes mellitus (especially uncontrolled) and have been given steroids. Essentially, diabetes and steroids, combined with Covid infection, are responsible for the mucormycosis infection after and at times during active Covid illness. The treatment not only includes administration of anti-fungal drug Amphotericin B, but also complex surgical removal of damaged tissues. This infection affects the nasal cavity, brain cavity and can lead to loss of vision due to extension into the eye orbit. The key remains good control of diabetes mellitus and responsible use of steroids. Steroids should never be given in the first seven days of Covid illness. Wet surfaces around patients must be avoided; oxygen humidifiers should be filled with distilled water so fungus does not settle. Early detection and timely surgical excision is needed.

To continue to support the industry to augment vaccine production to the maximum potential, and a rapid scale-up of vaccination. We ultimately have to offer vaccines to every adult.

What are the principal challenges going forward?

As Covid cases are rising, we need to ensure good infection control practice protocol in hospitals because secondary infections, both bacterial and fungal, are being seen and are causing more morbidity and mortality. Covid-associated mucormycosis is becoming a new challenge. Pre-Covid, incidence of this fungal infection was low and it was a rare infection, seen only in transplant, diabetes and cancer patients on chemotherapy. But Covid-induced treatments are leading to several cases of mucormycosis. Some states are reporting around 500 cases. It affects the face, eyes and even the brain. We are now seeing more cases because several people with uncontrolled diabetes and on irrational use of steroids are getting this infection. We suggest people should otherwise also monitor their blood sugar levels which can rise to 400 with steroid use during Covid treatment. Early detection of this infection is the key to treatment. Cerebral mucormycosis manifests as headache and nose congestion; pulmonary mucormycosis can cause blood in cough and infection of the eye can lead to loss of vision. We have to be very careful.

What about the vaccination challenge, since supplies remain low?

In about two months’ time, large amounts of vaccines will become available because companies will start manufacturing through new facilities. More vaccines from new companies are also coming to India over the next eight weeks. The supply situation will improve but I still feel the elderly and those with comorbidities must be covered first as they are suffering much higher mortality.

Which new vaccines are we looking at?

Apart from others, we are expecting the arrival of Johnson & Johnson vaccine, a single-shot vaccine.

Your view on vaccination strategy, given the supply-side constraints?

Vaccination appointments for the younger people can be delayed a little, the elderly and the vulnerable with comorbidities should be covered first and graded vaccination strategy should be adopted.

There are concerns about Covishield’s second dose being delayed to 12 to 16 weeks.

Lessons for the future?

Many experts have suggested a national lockdown to reduce the caseload. Do you think that is the way forward?

I think ultimately this is a virus where we need to learn to deal with flare-ups. The best way is to use local data to form local solutions. If you don’t have local data or the agency to implement local solutions, there has to be something at a larger level. Will a lockdown help? Yes, absolutely, because anytime you block people from interacting with each other, it results in the virus spreading less. The question is can you afford to do that? If you can guarantee that people are in safe places and there is no violation of human rights, a lockdown makes sense but if you cannot, this is a balancing game you have to play.

When will the current wave decline?

Middle to end of May is a reasonable estimate. My worry is that we have a decline in testing. The proportion of cases is much larger than what the tests reveal.

How is the current wave different?

On what data do we base our understanding of the first and second waves? We don’t have any data. We only know how many tested positive, how many died. We need to look at geographical differences — age of people infected, co-morbidities among the deceased. What you hear anecdotally is that the younger are being affected now and the spread in families is greater. Basic data is being collected in ICMR forms being submitted with every sample. That should have been available. If we had access to that, we could have had some epidemiological comparison as to who was affected the last time and this time. 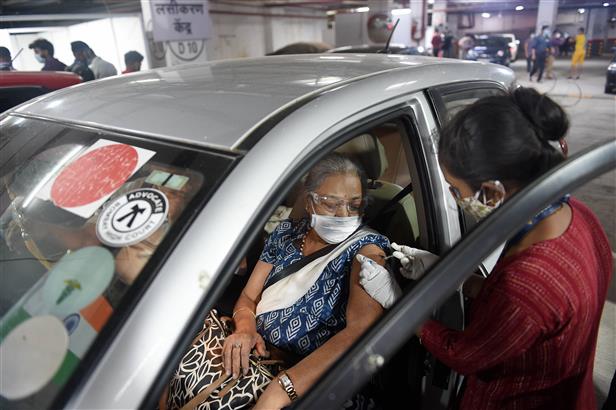 How long after becoming infected should one get a vaccine?

Data shows if you had an infection, you have 80 per cent protection for at least seven months. WHO has said if there is a shortage of vaccines and if you have been infected, you can wait for six months. Wait preferably for eight weeks after you have recovered.

The future of Covid?

It will become a really bad flu virus, something more seasonal. People will acquire immunity due to repeated infection and vaccination. It will be an imperfect immunity so we may need boosters, but I am pretty sure we are not going to be in a situation that we are in today too many more times, at least not with this virus. We may see one or two more peaks but those will not be as bad because there will be very little fuel left for the virus to get through, and if we ramp up vaccinations, we will be in a very good place a few months from now.

Gautam Menon is a professor in the Departments of Physics and Biology at Ashoka University, Sonepat, and at the Institute of Mathematical Sciences, Chennai. He has been involved in modelling studies and policy discussions surrounding the Covid-19 pandemic.

How much of Covid’s second-wave ferocity is attributable to new variants?

The speed of increase of cases can very largely be attributed to the new variants, the B.1.1.7 (UK) and the B.1.617 variant, although a relaxation of Covid-appropriate behaviour made matters far worse.

Did India miss the variants as they emerged?

The genomic sequencing that was in place was able to identify these variants and to project that they might dominate in the future. However, we still know very little about any potential increase or decrease in disease severity caused by them in the Indian population. Even our assumptions about the increased transmissibility of the B.1.617 variant were guesses, initially. Limited genomic sequencing is not the reason why we missed the scale of the second wave.

Are we sequencing enough now to catch the third wave?

Sequencing is being ramped up but is still insufficient to obtain a picture of what is happening at a sufficiently granular scale. We need district-wise surveillance for a picture of which variants are dominant and where. The process of understanding whether a new variant is more transmissible or can evade vaccine-induced immunity is time-consuming. It is a better strategy to look for a sudden increase in case numbers and later look for explanations in terms of variants. Understanding new variants is crucial in the long term to get a better idea of what mutations might enhance transmissibility and disease severity.

When will the pandemic end?

This is impossible to say because it depends on many factors we do not understand yet — the importance of re-infections, vaccinations, and how changes in social behaviour might drive reduction in transmissibility. Case numbers are lower now than at their peak by 10 to 15 per cent. Whether this signals a sustained downturn is unclear.

Is SARS-CoV-2 natural or man-made?

From what we know, it is very likely that SARS-CoV-2 had a natural origin in a spillover event involving bats and an intermediate animal. However, this does not absolve China of its responsibility to aid a transparent investigation.