140 Years of The Tribune

The association of my family with this esteemed newspaper goes back to a century and four generations i.e. my grandfather Ch Matu Ram, father Ch Ranbir Singh, myself, and my son Deepender. My father was an avid and regular reader of The Tribune. I picked up this habit from him. 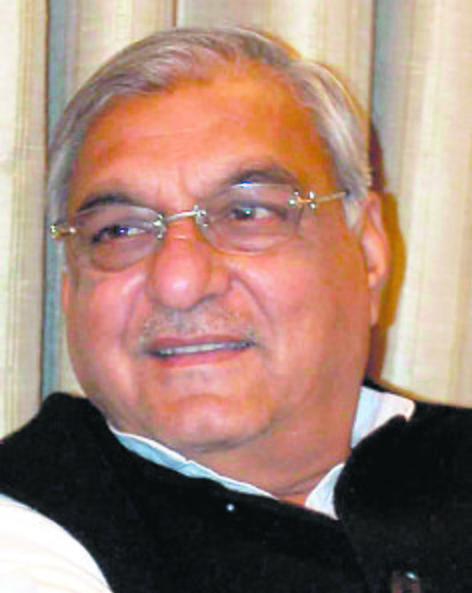 A newspaper, essentially, serves as a recorder of change. Few newspapers in India have captured the passage of history with the objectivity and sincerity than The Tribune. The paper remains the most credible chronicler of political, social, cultural, and developmental events in India, particularly in the northern region of India, since its inception in 1881.

It was founded by a great patriot and enlightened philanthropist, Sardar Dyal Singh Majithia, with his firm belief that ‘the salvation of the country lay in imparting all-round, systematic and modern education to its citizens’. It is one of the few newspapers that have remained true to the values and vision of its founders.

Therefore, The Tribune never wavered from its glorious objectives even in the most traumatic times, marching majestically through the annals of history. It is essentially a regional newspaper with a national outlook. The Tribune has been the most popular, independent, informative and influential newspaper of North India.

It has been witness to several momentous events in history like the two World Wars, the great Indian freedom struggle, the Jallianwala Bagh tragedy, the martyrdom of Bhagat Singh and his revolutionary comrades, Independence and Partition of the country, and the framing and adoption of the Constitution.

After Independence, the well-informed reportage of this newspaper about the building process of a new nation i.e. construction of the Bhakra and other dams; the modern capital city of Chandigarh; the founding of agricultural and other universities; the consequent Green Revolution; the establishment and working of democratic institutions; and the formation of Haryana and Himachal Pradesh as states had impacted the opinion of the people of this region.

The English-knowing educated gentry of this region have been faithful readers of this newspaper. They depended on The Tribune to find jobs; once they found employment, it helped them find a life partner. It served them as a window to the world. It has contributed immensely to shaping the progressive and scientific world view of many such generations. It is a laudable fact that this newspaper has always maintained neutrality, impartiality and dignity in its reporting.

I have been spending my morning with The Tribune for almost six decades. Since July 1947, my father Ch Ranbir Singh, who was a freedom fighter and a member of the Constituent Assembly (Legislative), the Provisional Parliament, the first and second Lok Sabhas, remained in Delhi. Thereafter, he shifted to Chandigarh in 1962 as a member of the Punjab Vidhan Sabha and a minister in Sardar Partap Singh Kairon’s cabinet. He was an avid and regular reader of The Tribune. I picked up this habit from my father.

However, the association of my family with this esteemed newspaper goes back to a century and four generations i.e. my grandfather Choudhary Matu Ram, father Choudhary Ranbir Singh, myself, and my son Deepender Singh Hooda, who is presently a Member of Parliament. He, like many of his generation, base their understanding of public affairs on the reportage of the newspaper and see it as unbiased and progressive.

The Tribune dated February 19, 1921, recorded and reported Mahatma Gandhi's visit to Punjab where he addressed the Haryana Rural Conference at Bhiwani, Kalanaur and Rohtak. He was accompanied by Maulana Abul Kalam Azad and Lala Lajpat Rai. “The party then went to the Conference. The same resolutions which were passed at Bhiwani were passed unanimously; and the meeting was addressed by all the leaders. More than 25,000 people attended. Choudhary Matu Ram presided.” It gives me a sense of pride that Choudhary Matu Ram, a leading freedom fighter, educationist and social reformer of the region, was my grandfather.

I have seen that The Tribune profiles political leaders or private individuals in public life in a balanced way. It praises profusely but criticises charitably, in kind and mild words. For instance, when I became the Haryana CM in 2005, The Tribune published my profile in a benevolent tone, describing me as a ‘giant-killer’ and attributing my popularity and progress in politics to my ‘instinct to help others’.

In my profile, the paper also carried an extract of a letter of Indira Gandhi, which she wrote in February 1957 to her father Pt Jawaharlal Nehru about her tour of Punjab. She wrote, ‘Punjab was strenuous but exhilarating. I had one lakh people in Rohtak, just for me — imagine! Choudhary Ranbir Singh looked after me as if he was my grandmother.’

I have never seen this newspaper indulging in character assassination or unleashing malicious propaganda against any individual or institution. In religious and social matters, this newspaper invariably has taken a strictly secular and neutral position and its approach on such issues have been rational and reformist.

We observe nowadays that controversy is the professional diet for some newspapers or television channels. But The Tribune has remained unaffected by such negative trends and upheld ethical and professional values with elan.

It is a matter of great satisfaction that in the prevalent political scenario in the country, The Tribune has not compromised with its avowed principles of independence and neutrality in its reporting under any threat, coercion, or allurement. A Tribune reader trusts that it cannot be ‘managed’ or manipulated by the ‘media managers’ of any political party, business house or influential individual.

May The Tribune remain the mouthpiece of the masses and the voice of the voiceless, as ever.