It must be recognised that a practice that has been going on for over 50 years cannot be stopped at once. Farmers need economically viable solutions. Farmers should have the choice to adopt a solution that best suits them. A sustainable agricultural system is one that produces abundant food without depleting the earth’s resources and without polluting the environment. Thus, it is best if crop stubble is incorporated into the soil. This would enhance soil health and curtail air pollution. 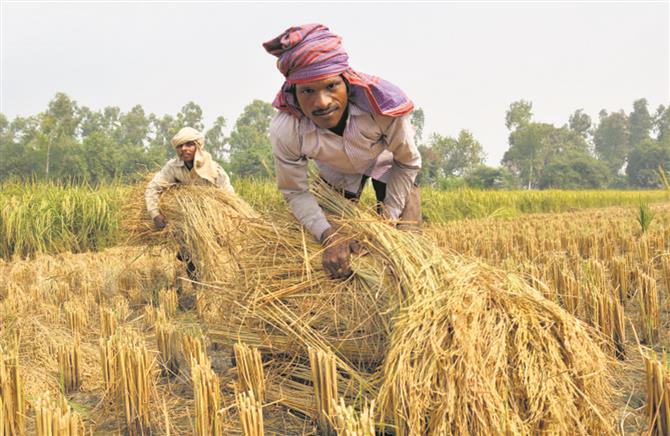 The problem of burning of crop residue (stubble) following combine harvesting of paddy in Punjab and Haryana has been around for more than 50 years. The main causes of stubble burning are the narrow window for sowing wheat after harvesting paddy; labour shortage; much stubble left behind by the combines; and the high cost of removing/transporting stubble.

As estimated by the International Rice Research Institute, each kg of milled rice generates 0.7 to 1.4 kg of rice straw, depending upon the variety of rice, cutting height, and moisture content at the time of harvesting.

The Union government has taken steps for creating awareness about Pusa Decomposer, the new low-cost capsule which can convert paddy stubble into bio-manure

While wheat straw can be fed to cattle, paddy straw contains a high amount of silica, which makes it less palatable to livestock and less digestible. In addition, it wears out components (e.g., conveyers and grinders) of the processing machines. 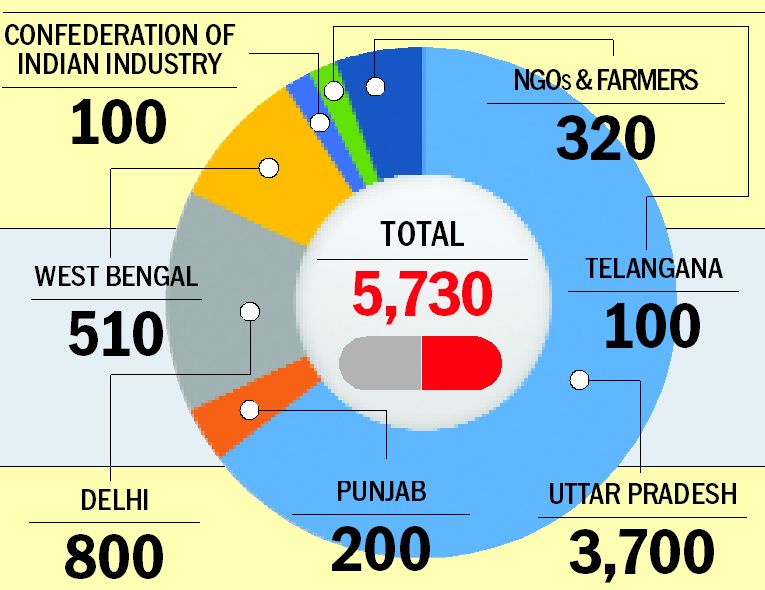 A four-capsule packet of of Pusa Decomposer costs Rs20, from which 25 litres of solution can be prepared to treat about one hectare of land. The cost/acre is merely Rs8. A microbial solution is sprayed on the stubble, converting it into manure within about 25 days.

Stubble burning causes emissions that worsen air pollution. Some of the emitted gases are also responsible for global warming and climate change, which are expected to impact all aspects of agriculture, food security and rural livelihoods.

According to the Hyderabad-based International Crops Research Institute for the Semi-Arid Tropics (ICRISAT), Punjab’s farmers lose Rs 133 crore worth of urea and Rs 220-260 crore worth of all nutrients in burning crop residue. Stubble burning also kills essential soil organisms and farm-friendly insects.

As Albert Einstein put it, “We cannot solve our problems with the same thinking we used when we created them.” It must be recognised that a practice that has been going on for over 50 years cannot be stopped at once. Farmers need economically viable solutions. Farmers should have the choice to adopt a solution that best suits them.

Incorporating paddy stubble into the soil: The chief principle of sustainable agriculture is to return to the soil what has been taken out of it. A sustainable agricultural system is one that produces abundant food without depleting the earth’s resources and without polluting the environment. Thus, it is best if crop stubble is incorporated into the soil. This would enhance soil health and curtail air pollution.

Earlier, PAU and ICRISAT developed a method that produced compost from crop stubble in about 45 days. That compost contained about 2% nitrogen, 1.5% phosphorus, and 1.5% potassium, which could increase crop production by 4 to 9%. This method required much labour.

The most recent and most promising method, Pusa Decomposer, has been developed by the Indian Agricultural Research Institute (IARI) to decompose paddy stubble in the field itself.

The IARI has partnered with two outfits: a company called nurture.farm, whose mission is “Making agriculture profitable and environmentally sustainable today and in the future”, and IIM-Rohtak. The company has enrolled 25,000 farmers from Punjab and Haryana and plans to cover five lakh acres of farmland this year. Reduce area under paddy

cultivation: Noted rice expert Dr GS Khush has suggested that area under paddy could be reduced from 27 lakh hectares to 15 lakh hectares in Punjab. This could be a doubly beneficial — helping with crop diversification and saving groundwater. Farmers can choose shorter-duration varieties of paddy, giving themselves more time for planting wheat.

Biofuel production: As done in countries such as China, the Philippines, Malaysia and Japan, crop stubble could be used to produce bioenergy. Punjab Energy Development Agency (PEDA) has listed on its website some energy development projects from paddy straw. They have indicated that several biomass power projects (total capacity of 97.5 MW) have already been commissioned and are operational in Punjab, utilising 8.8 lakh metric tonnes of paddy straw annually.

In January 2021, a paddy straw briquetting plant was inaugurated at Kulburchan village (Patiala), which has a per-day capacity of 100 tonnes. The Punjab State Council for Science and Technology was instrumental in setting up this plant.

Straw management systems: The Punjab Government provides 50% subsidy to individual farmers and 80% to cooperatives or groups of farmers for the purchase of machines such as Happy Seeder. The government has already provided close to one lakh machines on a subsidy of about Rs 1,000 crore. The much-improved Happy Seeder allows farmers to plant wheat directly in the standing paddy stubble. When, in the not-too-distant future, Pusa Decomposer becomes available on a large scale, the paddy stubble could be turned into useful manure in a short time.

Build cheap houses from paddy stubble: I chaired a workshop on ‘Innovations in Paddy Straw Management’ in Chandigarh in December 2018. Harsharan ‘Dhido’ Gill demonstrated how to build a room from paddy straw. He stated that, based on substantial research, houses built from paddy straw were being promoted in the US and Europe. Such houses cost much less than traditional houses and saved electricity, as these houses stayed warm in the winter and cool in the summer.