Well after his ground-breaking ‘Origin of Species’ had been widely acknowledged, the naturalist began spending hours to see young cucumbers and carnations grow 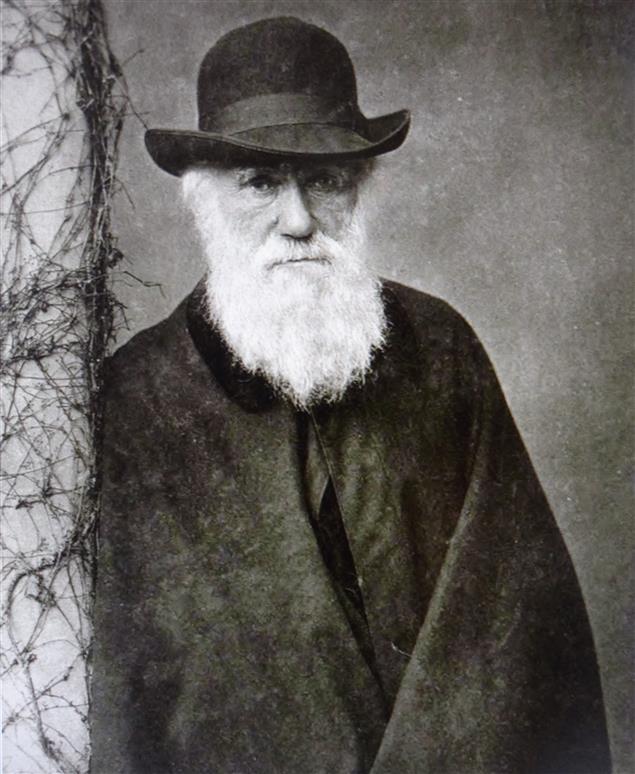 The Beagle’s trip changed that young man (Darwin) forever. This kind of training trips changed many other geniuses’ lives — London changed Voltaire; Goethe was changed by his Italian trip; and the Beagle trip caused one of the most spectacular metamorphoses in science history.

I KNOW remarkably little about Charles Darwin (1809-1882) — even when he has been called ‘one of the most transcendental scientists of all times’ — and his work. A few terms connected with his monumental research and publications might rise easily to the lips: ‘Natural Selection’, ‘Origin of Species’, ‘Survival of the Fittest’, ‘Human Evolution’, for instance, but that is the extent of it. Nothing in depth, none of the details of his amazing discoveries and formulations, whether in the Galapagos with its giant turtles, or studying finches across islands. I knew even less than this when I entered college but, eager to learn, I had headed towards a play which was being put on by the students and staff of the Department of Geology (or was it Biology?).

A large, nearly empty, stage, in the background a large paper cut-out of a ship — the ‘Beagle’ — which kept constantly bobbing up and down; boys dressed in long coats and scratchy beards, bearing names like Darwin and Lamarck, endlessly moving from one end of the stage to the other, mouthing long uneasy sentences committed to memory. Outside the college hall was a sad-looking, hand-written poster announcing the play, ‘The Origin of Spices’, I remember, presumably someone having tripped on the spelling of ‘Species’. At the end of it, I had not learnt much.

What marked everything that he did was the intensity, the passion that he brought to his studies: Curiosity marked with the burning desire to learn, to discern a pattern in the design of nature

To confess, I know a little bit more than this now, but I had no idea till I came upon a couple of articles written in the 200th year of his birth, that a great deal of Darwin’s work was on plants, and what he made of their habits and the paths of their growth. He had always been obsessive about observing nature, but in the 1860s, well after his ground-breaking work on the ‘Origin of Species’ had been widely acknowledged and hailed, if also challenged, he turned almost whole-heartedly to studying, and experimenting with, earthworms, houseplants and domestic birds. He was not in the best of health — this had always been a problem — and it suited him, while remaining restricted to his home and his garden in Kent, to engage in these ‘limited studies’. But he found excitement wherever he turned. To his botanist friend, Joseph Hooker, he wrote once: ‘I am getting very much amused by my tendrils — it is just the sort of niggling work that suits me.’

For weeks, in fact, he had been sitting at home, watching young tendrils ‘slowly corkscrew their way towards the sun’, something that set him inventing ‘a system for making botanic motions visible to the naked eye’. There was ‘solace in turning attention to the inhabitants of his bedchamber: houseplants’. Each day, hours were spent simply watching young cucumber plants grow from the pots on his windowsills, ‘observing how they explored the world around them seeking for things to climb up’. For him, it was, in itself, entrancing. But it was to slowly lead towards great findings and startling formulations.

As has been said, till his time botany concerned itself mainly with taxonomy: essentially classification, especially of organisms. But Darwin wanted to do more than name and classify plants. He wanted to find new ways of looking at plants, to see them on their terms. Some of his plants genuinely surprised him, as Natalie Lawrence has observed. “For example, to understand how parasitic dodder plants… looked for support, he placed upright poles nearby for them to find. The shoots would perform slow circling sweeps as they grew. When encountering a stick, a plant ‘slowly and gradually slid up the stick, so as to become more and more highly inclined’. But, after a time, ‘the shoot suddenly bounded from the stick and fell over to the opposite side’ before returning to the support and sliding up it. These plants were doing something complex, and sometimes rather fast.”

Darwin would sit down and chart the path that plants took sometimes. ‘Circumnutation’ — that is how it is named — interested him endlessly and there are notations he made, for instance, of the movement of a young carnation leaf (dianthus caryophyllus) across a three-day period. Viewed superficially, these were trivia, and he was spoken of by detractors as wasting time on studying the habits of climbing plants, why flowers of different form are sometimes found on the same plant, how orchids are fertilised by insects, the taxonomy of barnacles, or how worms churn the soil. Yet, behind everything that he studied and wrote about, there was both a manifest and a deeper or implicit theme.

He was a barnacle expert for many years and turned to studying different pigeon varieties (more than 150) — cross-breeding them and observing the results — at another stage. What marked everything that he did was the intensity, the passion that he brought to his studies: curiosity marked with the burning desire to learn, to discern a pattern in the design of nature.

Did he publish his work on plants? Of course, he did, a series of articles, volumes recording his observation of minutiae. And one of his greatest works, the two-volume ‘The Variation of Animals and Plants Under Domestication’ is still regarded as containing his profoundest thoughts and the delight that close observation yields.

At each level, one discovers the truth of what he wrote in his autobiography once: “I do not think anything in my scientific life has given me so much satisfaction as making out the meaning of the structure of these plants.”