ICMR on track on protocol development, but vaccine would still take at least five years to appear on horizon 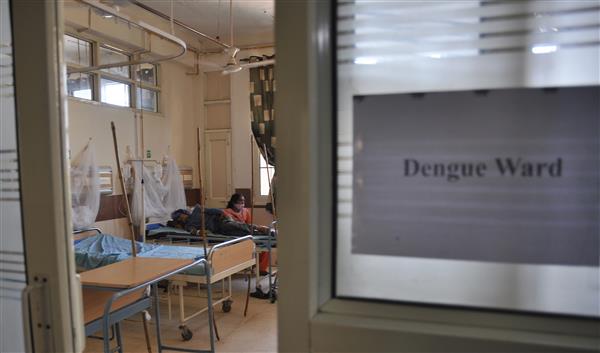 Given the complexity of disease and the history of dengue vaccine development, private firms remain sceptical.

Powered by gains made in the Covid-19 vaccine journey, India this week entered the global race for the development of a dengue vaccine with the Indian Council of Medical Research (ICMR) taking the lead. For the first time, a public sector scientific organisation extended the offer of collaboration on phase 3 clinical trials to private vaccine makers that have successfully completed phase 1 and 2 studies on potential dengue virus disease vaccines so far.

There is no hardcore Indian dengue vaccine candidate available. Dengvaxia used on a yellow fever backbone on which four dengue serotypes were mounted failed to inspire confidence. Later, the US National Institutes of Health developed a vaccine candidate with a natural dengue virus, plus deletions to ensure it did not cause disease. Once assured of safety, NIH offered the candidate to companies interested in vaccine development. Indian firms Panacea and Serum got the candidate and recently completed phase 1 and 2 trials, with ICMR now partnering with both for phase 3 trials.

Efforts to develop the dengue VACCINE across the world

Two Indian firms — Panacea Biotec and Serum Institute of India (SII) — sent expressions of interest to the ICMR, which has already executed a memorandum of understanding with Panacea and is about to sign another with Serum.

MoUs in place, work has begun on what would be India’s biggest efficacy trial for a flavivirus (mosquito-transmitted viruses belonging to the single genus flavivirus vaccine family include dengue, yellow fever, Japanese encephalitis, Zika virus, etc) vaccine, the dengue shot that continues to baffle researchers worldwide with a range of complexities the disease presents.

Sanofi Pasteur’s Dengvaxia developed previously had to be withdrawn from the Philippines school-based vaccine programme after it caused hospitalisations, even deaths in child recipients.

Nivedita Gupta, Head of Virology, ICMR, says India being a dengue endemic country with a huge burden of disease needs its own large-scale efficacy trials to develop a viable shot.

Given the complexity of disease and the history of dengue vaccine development, private firms remain vary of entering the late-stage trial space. “Looking at dengue vaccine history, every company is sceptical about entering this domain. What if the vaccine does not turn out safe as was the case with Dengvaxia? A company alone cannot handle the stakes perhaps. For Covid, firms were ready to take the risk because the government was backing them fully amid a global public health emergency. Lab assays for dengue are also extremely complicated and companies need support to do them and make them internationally acceptable. That is where ICMR, with assured quality of work and rich experience of Covid vaccine development, fits in,” says Gupta.

Even the incidence of dengue has grown dramatically worldwide with the disease progressively impacting children. An estimated 390 million dengue infections occur annually, of which only 96 million manifest clinically. The WHO identified dengue among the top 10 global health threats in 2019.

In India, a recent dengue sero-prevalence survey revealed the overall prevalence of 48.7 per cent — increasing from 28.3 per cent among children aged 5-8 years to 41 per cent among nine to 17 year olds and 56.2 per cent in 18 to 45 year olds.

Developing a dengue vaccine is a major challenge. Dengue fever, prevalent in many tropical and subtropical regions of the world, is caused by any of the four related viruses — DENV-1, DENV-2, DENV-3 and DENV-4 — that are transmitted to humans by Aedes mosquitoes, unlike Covid-19, conventionally caused by a single strain Sars Cov 2.

“When we talk of Covid-19 caused by Sars Cov 2, we talk of one strain. The strain mutated but there was one strain at one time. In dengue, there are four different serotypes. If you have been infected with one, you remain susceptible to the other three. So you can be infected with dengue four times in your life,” Gupta says.

That explains why researchers worldwide are aiming to develop a dengue vaccine that raises antibodies sufficiently to work against all four serotypes.

“If you see Sanofi’s Dengvaxia, the problem was it raised maximum antibodies against type 4 dengue virus and a poor response to type 2, which dominated India at that time. Another problem is the dengue disease complexity. It causes a complex immune response. If someone gets dengue fever and the fever subsides, they can still suffer a cytokine storm that causes bleeding, shock and death. Triggers for the cytokine storm remain unknown,” ICMR scientists say. In medical literature, the dengue cytokine storm is compared with a hundred blind men trying to figure out parts of a huge elephant.

This complexity led to the withdrawal of Dengvaxia from the Philippines health programme in 2017. The vaccine led to hospitalisations and deaths in children. Studies later revealed that the vaccine served as a secondary dengue infection in recipients who had a past history of dengue fever. This triggered a cytokine storm among such recipients, resulting in a public health crisis.

The Indian regulator fortunately never approved Dengvaxia for want of large-scale efficacy trials at home. Then ICMR DG Soumya Swaminathan refused to clear the shot given the complexities of dengue immunology and asked for more post-marketing surveillance data in countries where Dengvaxia had been marketed. By then, the Philippines crisis had happened.

“Dengvaxia taught us what not to do when developing a vaccine. They later put a rider saying anyone who wants Dengvaxia should be tested for dengue sero positivity. But even dengue diagnostics is a challenge with cross-reacting (dengue antibodies cross-react with Zika, Japanese encephalitis disease) antibodies and missing diagnosis commonplace. That is why India never ventured into that domain,” Gupta says.

ICMR says they are more or less on track as far as vaccine protocol development is concerned but the vaccine would still take at least five years to appear on the horizon after trial participants are enrolled later this year.

“It will be a full-fledged phase 3 trial with more than 10,000 participants in various parts of India for each candidate,” says Nivedita Gupta, who is leading the dengue vaccine projects. Given the risk of primary, secondary and tertiary infection with dengue, scientists say they cannot have a trial with a follow-up of less than three years.

“But we are planning to put endpoints in terms of the interim analysis of efficacy if possible. Over 30 sites have expressed interest to be part of this trial. We are working with rocket speed now to make this happen,” Gupta says.

The ICMR team adds that Panacea will take a couple of months to produce the vaccine batches. “While they do that, we have started the process of protocol formulation, approval, site selection. We have to prepare NIV, Pune, to make internationally competitive assays and are readying clinical trial sites. Drug regulators anywhere would require at least two to three years’ follow-up data because dengue is a tricky vaccine and it has associated safety concerns. So, it has to be done very strictly in terms of safety and follow-up,” the ICMR lead scientist says.

The ICMR does not plan to ship trial participant samples out of India for advanced analysis and will develop indigenous capacities to do so. It sees the dengue vaccine project as a step towards raising the benchmark of Indian vaccine trial capacity for future. 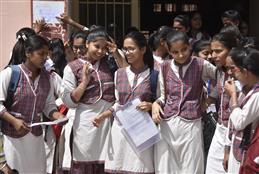