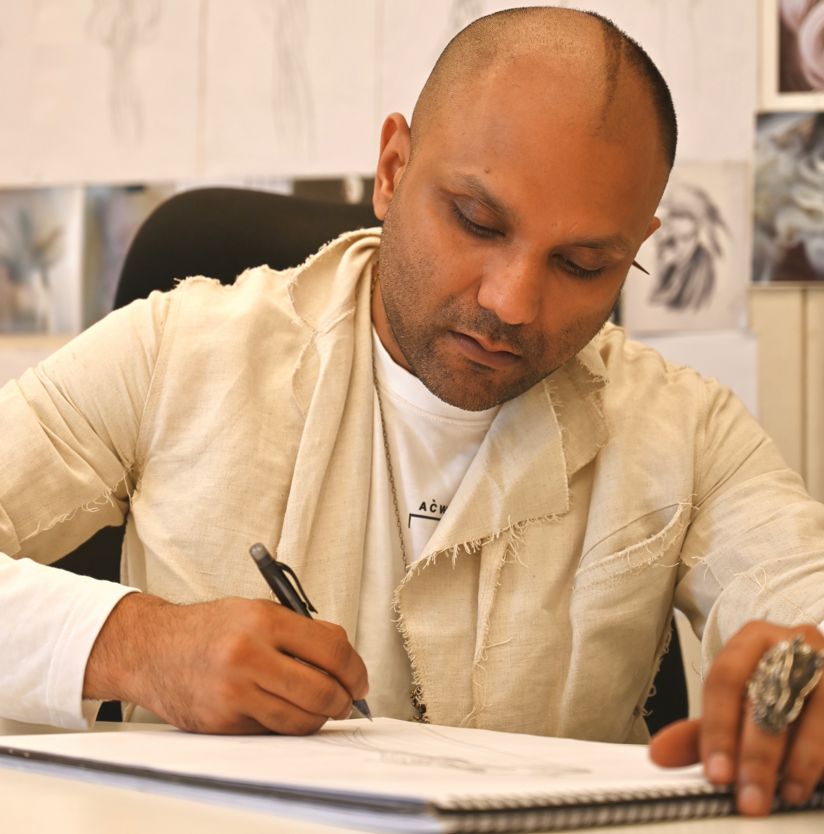 Year 2022 saw many a red-carpet moment orchestrated by global couturier Gaurav Gupta. And it all started with Cardi B, who chose an amorphous shape shifter gown in her music video remix, 'No Love', in March last year.

AT the Oscars, it was Megan Thee Stallion in a fantasy biomorphic gown. At the Emmys, he clothed Sarah Niles; at the Time100 Gala, Mary J Blige wore his couture. Cannes saw Aishwarya Rai Bachchan in his majestic Venus sculpture gown. Italian actress Catrinel Marlon wore his emerald shell sculpture gown. Jennifer Hudson was seen in a gold vintage ensemble designed by him for the Producers Guild Awards in LA. For the Toronto International Film Festival, it was Jeremy Pope who wore his label. Latin Billboard Awards saw Maluma wearing his clothes, while at the Latin Grammy Awards, Marco Antonio Silos chose his outfit.

Year 2022 saw many a red-carpet moment orchestrated by global couturier Gaurav Gupta. And it all started with Cardi B, who chose an amorphous shape shifter gown in her music video remix, ‘No Love’, in March last year.

This year, the Indian designer will be among the big-name couture houses such as Chanel, Dior, Valentino and Schiaparelli for the spring/summer showcase at the Paris Haute Couture Week.

To be invited by the governing body of the French fashion industry, Fédération de la Haute Couture et de la Mode, what couturiers call the Mecca of fashion, is a dream come true for Gaurav. “It feels surreal to be called upon by the federation as part of the official calendar. It’s been a dream ever since I was studying at the Central Saint Martins College of Art and Design in London. Back then, I used to travel to Paris for the fashion week. This has been in the making for long and we are very excited to showcase our craft at the renowned platform,” says Gaurav.

The year gone by saw many global celebs donning his couture, imbued with fantasy and magic realism

He discovered his love for art and fashion while studying sculpture at school. Coming from a Delhi business family, Gaurav’s parents expected him to follow an academic path that would lead him to join his father’s iron and steel business. But his sixth grade report card, where he got a C in maths and science, but an A+ in arts, changed the future course. He joined NIFT in Delhi and then graduated from Central Saint Martins. From being recognised as ‘Future of Couture’ by Altaroma Altamoda at the Rome Couture Fashion Week, ‘The Roots of Creativity’ title at the Mittelmoda Fashion Awards in Italy to honours in Japan, Russia and India as a breakthrough designer, all clearly indicated he was emerging as one of the strongest voices in couture and fashion.

With his avant-garde fashion and futuristic designs, Gaurav has challenged himself every time and global recognition and commercial success have followed. “We have invented, re-invented our craft with indigenous techniques, and have always strived for originality in language, form and delivery. Over the past 17 years, we have taken significant steps towards a larger global footprint while dressing some eminent personalities.”

Busy creating a parallel universe with his signature sculptural garments that are imbued with fantasy, magic realism and surrealism, Gaurav finds inspiration in art and architecture, abstraction and magic. He calls himself a culturalist who is always ready to experiment. So, when it comes to the Paris Haute Couture Week, he says his works would remain true to the Gaurav Gupta Couture identity. “I won’t be able to reveal much but it is very much the purest representation of our brand’s DNA, featuring sculpting couture and our future primitive aesthetic. Fantastical surreal themes will take centrestage and you will spot some Indian elements,” adds Gaurav.

Whether it is a voluminous lehenga, a tiered dress, a sculpted gown, a concept saree or a saree gown, Gaurav Gupta garments emulate a certain rhythm with their exquisite embellishments, daring ruffles, cascades and ambitious trails. We’ve seen the crème de la crème of Bollywood and now Hollywood too dressed in his silhouettes. But who would be his muse? “I love to dress anyone who is original and authentic with their style,” he says. “I would like to dress Lady Gaga and Adele — they are fabulous with their personal style. But I am glad that I got a chance to dress some of my favourite culturists like Lizzo, Mary J Blige and Cardi B. These days, I am obsessing over Jennifer Coolidge and it would be great to dress her. I would also love to dress Priyanka Chopra again — she has great style and is a true global ambassador. And I love dressing Deepika Padukone, Ranveer Singh and Karan Johar.”

While his creations have found takers among celebrities and A-listers around the world, the designer extraordinaire has recently set up an atelier in Mehrauli, New Delhi.

As Gaurav continues to find joy in exploring the unconventional through couture in this new year, he calls 2022 the greatest year his brand has had so far. “Whether it was dressing iconic culturalists, launching exceptional couture campaigns from locations such as Nubra Valley and Jaipur City Palace or building our dreamy atelier, we redefined unique, artistic couture through our art and aesthetics. It was also exciting to exhibit a new language for menswear and showcase our extra-terrestrial show at the Lakme Fashion Week.”

But Gaurav believes there’s still a long way to go. “We have envisioned a very robust global expansion — not only through celebrities or shows, but also through a meticulous distribution and retail plan.”