Devashish Makhija, director of ‘Bhonsle’ that won Manoj Bajpayee the National Award, on working with the actor and taking his film, ‘Joram’, to the Rotterdam Film Festival 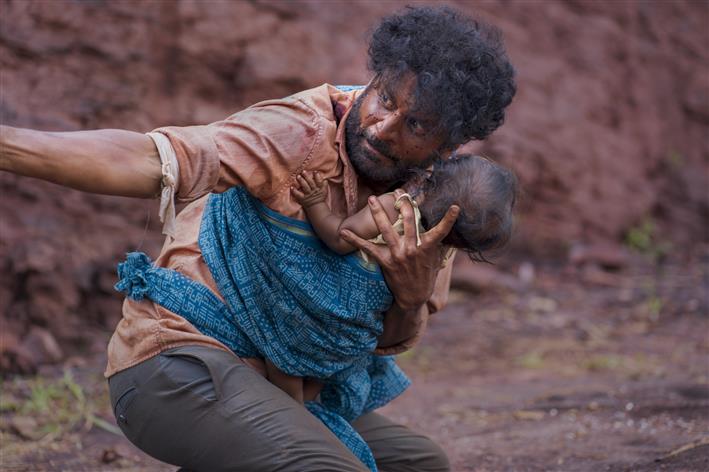 Manoj Bajpayee in a still from 'Joram'.

An outstanding political thriller in the tradition of the 1970s Italian and French crime films, investigating government corruption and the ordinariness of evil in modern capitalist society — not our words, nor of the film’s acclaimed writer-director Devashish Makhija. This is what the festival director of the 52nd International Film Festival Rotterdam (IFFR) 2023, to be held from January 25 to February 5, had to say about ‘Joram’. The Hindi language film is competing in the Big Screen Competition section. 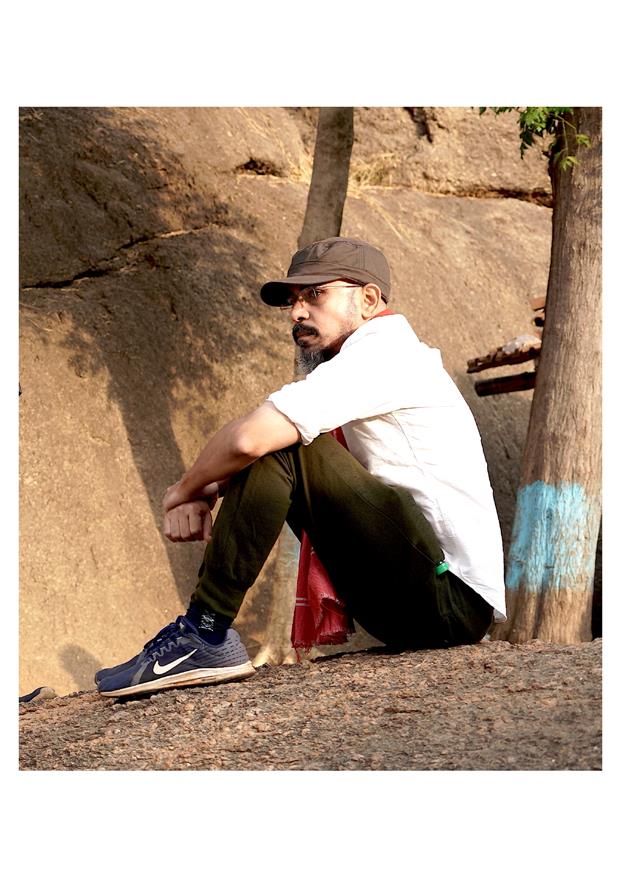 Festivals are not new to Makhija. His previous film, ‘Bhonsle’, a bona fide OTT hit, too, hopped from one festival to another. IFFR, for Makhija, is familiar turf too — it’s his third outing at the festival. Incidentally, it is also his third collaboration with the gifted actor Manoj Bajpayee. Familiarity might breed contempt, but not in the creative world. Rather, Makhija uses the analogy of a rock band to describe his repeated association with the brilliant actor. “We know each other better with every film. I believe creative collaborators riff off one another, almost like members of a rock band who’ve performed with each other repeatedly over time,” he says, adding that he so wishes that the frequency of collaboration in cinema could be on the same frequency as in theatre.

Bajpayee, he says, is “the rare kind of star-actor who is at the service of the film and not the other way round”. Makhija does not delude himself that ‘Bhonsle’ alone could have earned Bajpayee the much-deserved National Award for Best Actor. He had earlier won the National Award for Best Supporting Actor in ‘Satya’ and Special Jury National Award for ‘Pinjar’. The fact that ‘Bhonsle’ won Bajpayee the prestigious award can only be heartening and it doesn’t hurt that the film didn’t get the same honour. He says, “Any award won by a film is a victory for the film. So, no doubt, ‘Bhonsle’ benefited from Manoj Bajpayee’s win.”

Films gain immensely from film festivals as well. As Makhija puts it, “Good film festivals persevere to seek out, showcase, support and champion independent and artistic cinema voices. All films that are produced with an independent artistic spirit need such curatorial support to be able to find their feet and undertake their journey into the world.”

Talking about the OTT firmament, he proffers: “It is in a state of constant flux. Yet, the online space is the first to ever offer an alternative to a cinema hall. Though it comes with its own challenges, it has at least made the access to films more democratic. Today, a thumbnail for ‘Ajji’ can dream of standing shoulder-to-shoulder with a thumbnail for ‘Gully Boy’ on Amazon Prime.”

According to him, another thing that the OTT has made possible is filmmakers exploring fractures and schisms in societies in deeper and more unfiltered ways. “Digital platforms have scrunched the world of a film to realistic proportions, perhaps even smaller when watched on a laptop or phone screen. The smallness and intimacy of a device make the characters relatable, rather than aspirational. On the big screen, the characters we watch — even if they inhabit the space of politics or crime — become larger than life. This shift in viewers’ perception has made the audience more open to watching real life unfold before them with all its scars and frailties.”

Pure versus escapist cinema — does he not feel a solid demarcation line can be etched? “All kind of cinema made with the passion and earnestness of personal artistic intent — whether realistic, relatable, aspirational or escapist — is pure in a way.” Thrillers like ‘Joram’, he feels, further blur the lines between the accessible and the alternative, bridging the ever-shifting gap between the artistic and mainstream cinema.

While Makhija has explored the politics of development and displacement in his stories for a decade and a half, ‘Joram’, too, delves into displacement in a brutal landscape. Since his films are quintessentially character-driven, ‘Joram’ also takes its title from the name of an Adviasi — the infant daughter of Dasru and Vaano. Dasru (played by Manoj Bajpayee) is on the run with her throughout the film. Probing issues like the cost of development and using metaphors wherein Joram represents the legacy of this earth, of nature under threat, the film poses some pertinent queries. “What do the complex realities thrown up by the conflict around ‘development’ truly look and feel like? How desperate can such a conflict make someone? What its outcome means not only for the directly displaced, but even for each and every last one of us?” he asks.

The idea of ‘Joram’ had been brewing in Makhija’s mind since 2015, which is when the first draft took shape. What followed was shape shifting. Working on an idea for so long does not rob it of its essence. Instead, he reasons, “A film like ‘Joram’ doesn’t get conceived in isolation. Endless questioning, explorations and reshaping happen over years.”

The storyteller in Makhija is not confined to films alone. A graphic poet, an award-winning novelist and short-story writer, he is more than a sum of many parts. All his interests, like with all multi-disciplinary artists, feed off and nurture each other. “A filmmaker,” he asserts, “needs to be many things to be able to successfully choreograph so many creative minds, ideas and intents across so many media of expression (cinematography, music, sound, colour, costume, performance and writing) towards the realisation of one singularly envisioned piece of art — a film.”

Of course, he believes that performance drives a film more in his kind of cinema where characters drive scripts. To extract the very best from his performers, he conducts extensive workshops to find the beats and the rhythm of the performances. He gives credit to his cinematographer Piyush Puty and his camera movements, fluid and handheld. No wonder then that Bajpayee is proud of his artistically fulfilling relationship with him. And Makhija of enablers like Anupama Bose, his producer-partner, and Zee Studios, for helping him navigate independent space, otherwise an exhausting prospect and a lonely crusade.