Discovering the military facets of ancient Ayodhya : The Tribune India 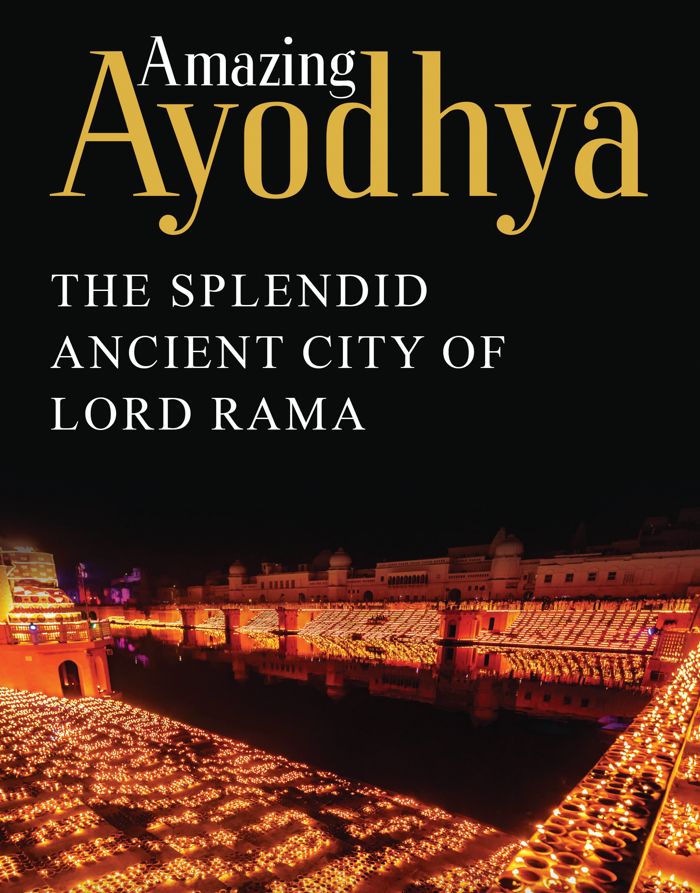 The word Ayodhya in Sanskrit itself means that which is unassailable, unconquerable or that which cannot be fought with. 'A' + 'Yudhya' = Ayodhya. This is the obvious military angle that hardly anyone pays attention to. Now the reason that Ayodhya was named so was because it was structurally designed in such a manner that one could not fight it. Sage Valmiki in the Ramayana tells us that the district of Ayodhya was a stronghold with high walls and a rampart. On the ramparts of Ayodhya was a mysterious weapon called the shataghni. In Sanskrit shataghni means killer of hundreds. The stronghold had a large and deep moat encircling it that no animal could swim across. Beyond the moat a dense jungle of Sal trees which was two yojana wide surrounded Ayodhya.

In my book Amazing Ayodhya: The Splendid Ancient City of Lord Rama, I have tried to decipher the mysterious weapon shataghni as well. It took me five years to research on ancient Ayodhya

To the common man this does not mean much. But an army man knows why such a structure is designed. In the past the armies were made up of animals. These armies were called Chaturangi Sena which means an army with four limbs. Three out of four limbs of the army comprised of animals. These three were cavalry (horses), elephants and chariots (drawn by horses). Having a moat around the stronghold means that in case of an attack, the army is split into different portions as the animals cannot cross the moat. The fourth limb is the infantry. Also, the presence of a dense jungle implies that these armies will have a tough time crossing and coming over to Ayodhya.

In sarga six of Bala Kanda, Valmiki tells us why Ayodhya is 'a + yudhya'. The shloka - Sayojane chadvebhuyah satyanama prakashate Yasyaam dasaratho rajavasanjagat palayat - means 'while residing in that city (from where) King Dasharatha ruled the world, that city is further fortified up to two more yojanas outside city, true to its name - Ayodhya, an un-assailable one'. This shloka comes after many verses describing the layout of Ayodhya and other interesting details.

Many people have read the Ramayana, but no one really explains it so lucidly. Majority of us do not know this about Ayodhya, but being an army officer's daughter helped. I would not have been able to make head or tail of the descriptions of Ayodhya if I did not have my father and his friends explain numerous things to me, including why a moat is built around strongholds.

In my book Amazing Ayodhya: The Splendid Ancient City of Lord Rama, I have tried to decipher the mysterious weapon shataghni as well. It took me five years to research on ancient Ayodhya. During the research, I came across the descriptions of Ayodhya and its rather interesting military design and prowess. As I studied more and more, I became fascinated by the descriptions and the splendor of Ayodhya as a city. I thought this ought to be shared with the world and therefore I worked hard to compile all of it in a book with various images. Afterall, this is our heritage and if we do not make the effort to write and explain to our own people, the Americans and the Arabs are not going to do it for us.

Also, my father was a Defence Attaché and during his tenure abroad I visited many embassies and places of historical significance in the Middle East. I was surprised to find that most countries had various books that explained the historical significance of their important places, but our embassies did not. Even if you look at most of the books on Ayodhya, they are all about the conflict and not one explains the importance of Ayodhya which is why the conflict occurred in the first place. Every year we celebrate Deepavali to welcome back Rama and Sita to Ayodhya but if you ask people to give you any description of Ayodhya, they will draw a blank.