To become self-sufficient, cluster-based farming is the need of the hour, with customised incentives for each crop. 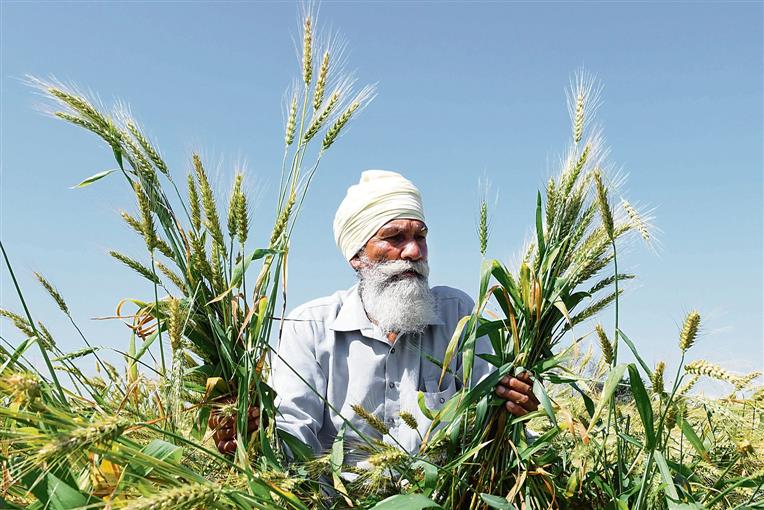 Food safety and quality assurance are areas of concern for Indian agriculture.

PM Narendra Modi’s call for making India atmanirbhar (self-reliant) has led to a debate on the potential of the agriculture sector to become self-sufficient. Experts say we are self-reliant in cereals, wheat and paddy, but are heavily dependent on imports for oilseeds and pulses, to name a few.

According to them, India has the capacity to replace imports and produce globally competitive products. They stress upon the need for a focused approach with the right blend of policy formulation and implementation to become self-reliant. The question arises: what kind of support is needed to make India atmanirbhar in agriculture?

“When the Central government frames a policy, it must involve stakeholders in the whole process. Only then can we become atmanirbhar in agriculture,” says Ajay Vir Jakhar, Chairman, Punjab State Farmers’ and Farm Workers’ Commission.

Agriculture is a state subject, but the money comes from the Centre. “The Centre comes up with the agriculture policy without consulting the state government, the implementing agency. The Centre must ensure that the beneficiaries or stakeholders participate actively in framing the policy,” he adds.

There is also a dire need for independent evaluation of government programmes. “This can help in identifying the lapses in implementation so that these are not repeated. The lessons learnt can be used to design new programmes,” Jakhar says.

Rather than calculating the cost of cultivation, the government must calculate the real cost of growing food to protect the interests of farmers. “Further, it’s time to plan for nutritional self-reliance and the focus should be on atmanirbharta in poultry, pulses and oilseed production and not just cereals, wheat and paddy,” he adds.

To become self-sufficient, cluster-based farming is the need of the hour, with customised incentives for each crop. A one-size-fits-all strategy must be done away with, opines Puneet Singh Thind, a farmer and president of Northern Farmers’ Mega FPO (Farmer Producer Organisation).

The cluster-based approach is aimed at forming a consolidated, cultivable holding dedicated to specific foodgrains, vegetables, fruits and other horticulture crops. As per farmers, a cluster system can give a fillip to the production of pulses and oilseeds. The demand for pulses, oilseeds and horticulture crops has outgrown supply in the past decade or so.

“Also, instead of trying out random crops based on unsolicited advice, we should concentrate on specific crops suitable to micro agro climate and demand,” says Puneet. According to experts, based on an area’s production plans, only identified crops and practices should be incentivised in a particular region.

Experts state that food safety and quality assurance are areas of concern for Indian agriculture, necessitating the adoption of good agriculture practices. Farmers say government procurement should promote quality production through exports and not monoculture through public distribution at nearly free of cost.

Experts say the existing model of agriculture is not self-reliant. Considering a village as a unit, agriculture in the village is dependent on external sources in two ways: all inputs — seeds, fertilisers, pesticides etc. — come from the market and at the agricultural produce is also sold in the city markets. This model makes farmer dependent on the government, the market and companies.

“Seeds, fertilisers and pesticides should be locally produced in an organic way because all these inputs have a huge market. Every year, crores of rupees go out of a village. If this money stays in the village, it will make the village prosperous and self-reliant,” says Umendra Dutt, Executive Director, Kheti Virasat Mission (Punjab), an NGO engaged in the promotion of organic food and farming.

He adds, “We are implementing MGNREGA by investing crores of rupees in order to generate employment in villages and running Skill India for training the people, even as our entire model of agriculture is creating unemployment due to dependence on machines and the market. If agriculture becomes organic and provides livelihood to other people in the villages, the country won’t need MGNREGA and skill programmes.”