To minimise the impact of climate change, crop production must be adapted to the emerging scenario. The adaptation strategies include shifting crop production areas, changing cropping systems, improving crop production practices and breeding new cultivars. The new varieties with altered sowing time as well as life cycle will necessitate a total remodelling of the production technology package including irrigation and fertiliser application and insect-pest and disease management. 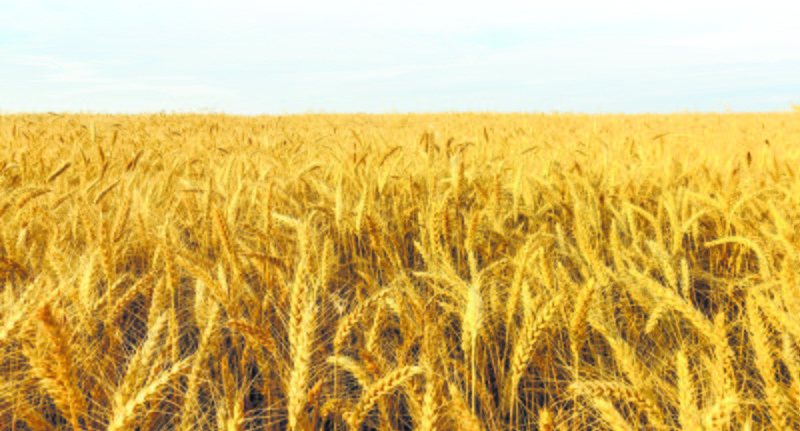 BS Dhillon and VS Sohu

GREENHOUSE gas emissions are causing global warming, leading to extreme weather events. The UN Secretary General, Antonio Guterres, aptly warned at COP27 of the UN Framework Convention on Climate Change that “we are in the fight of our lives… and we are losing.” Near home, a leading daily has reported an increase of 1.5°C in the average temperature of Himachal Pradesh in the past 120 years.

The impact of climate change on agriculture is predicted to be pronounced in India where, besides food security, agriculture is important economically and socially because of dependence of a large section of society on it. There was a huge wake-up call last year. There were extreme weather events — heatwaves, drought, erratic rainfall and storms — and an altered disease and insect-pest scenario that hit crop production.

Wheat is the main rabi crop in Punjab. The rabi 2021-22 crop (sown in 2021) was having normal growth, but weather became highly erratic in 2022. During the first fortnight of January 2022, 99.4-mm rainfall was recorded at PAU, Ludhiana, the normal being 8.6 mm for this period. Then, 31-mm rainfall was received from January 29 to February 4 (fifth standard week), against 5.6-mm normal rainfall.

March 2022 witnessed extraordinary spikes in temperatures. The average temperature recorded at PAU was 2.2°C above normal during March 5-11. Thereafter, the temperature further rose, the weekly average being 4.6-7.1°C higher than normal from March 12 to April 15. High temperature was accompanied by no rainfall from March 5 to April 15 against the normal of 29.7 mm.

Heavy rain in January led to stress on plants due to water stagnation. These rains and the reduced sunshine duration led to poor crop growth. The rain from January-end-to early February also negatively impacted pollination.

The temperature rise in March happened during with the grain development stage, when the wheat crop is very sensitive to high temperature. It adversely impacted grain yield components. It also forced advanced maturity by about 10 days. As per the Department of Agriculture and Farmers’ Welfare, wheat yield during 2021-22 dropped to an estimated 4,216 kg/hectare (ha) from 4,868 kg/ha during 2020-21 in Punjab. Besides, the grain had lower quality because of shrivelling and poor lustre.

Rice is the main kharif crop in Punjab. Even though, Punjab had a deficient monsoon, rice transplanting was not delayed and the initial plant growth was normal as it is cultivated under irrigated conditions. However, a new viral disease, Southern Rice Black-streaked Dwarf Virus, transmitted by White-backed Planthopper, appeared in some districts in the last week of July last year. The disease incidence was reported on about 34,000 ha in Punjab. The severity was relatively high in the districts in the north-eastern region — Pathankot, Hoshiarpur, SBS Nagar, Ropar, SAS Nagar and Fatehgarh Sahib — wherein the yield dropped by 8-22 per cent.

Erratic weather in 2022 played havoc at the national level too. There were unusually high temperatures in North-west and central India during March-April and consequently an early onslaught of the heatwave. As per the Union Ministry of Agriculture & Farmers’ Welfare, national wheat yield dropped from 3,521 kg/ha during 2020-21 to 3,484 during 2021-22.

It is evident that the impact of climate change on crop productivity and food production may lead to a food crisis. There is an urgent need to focus on a two-pronged strategy of mitigation and adaptation to meet the expanding qualitative and quantitative food requirements of the ever-increasing population. For mitigation, the causative factors of climate change have to be offset, such as reducing greenhouse gas emissions. Agricultural practices such as the cultivation of various crops and their soil-water management practices contribute to these emissions. Conservation agriculture, based on the inter-related principles of minimal soil disturbance, permanent soil cover and crop diversification, responds to climate change challenges. It aims at leaving the land in its natural state as far as possible.

To minimise the impact of climate change, crop production must also be adapted to the emerging scenario. The adaptation strategies include shifting crop production areas, changing cropping systems, improving crop production practices and breeding new cultivars. The new varieties with altered sowing time as well as life cycle will necessitate a total remodelling of the production technology package including irrigation and fertiliser application and insect-pest & disease management. This implies that crop research will expand exponentially. The application of smart technologies such as biotechnology, nanotechnology, sensor-based micro-irrigation and nutrient & pesticide application, artificial intelligence and plant bio-regulators, most of which are resource-intensive, also needs to be mobilised.

To meet these goals, emphasis has to be on developing human resources and institutional infrastructure, expanding and linking basic and applied research, strengthening inter-institutional/ministerial collaboration and increasing R&D funding to enable scientists to work on adaptation and mitigation strategies so that agriculture is not seen as a source of but a solution to address climate change.