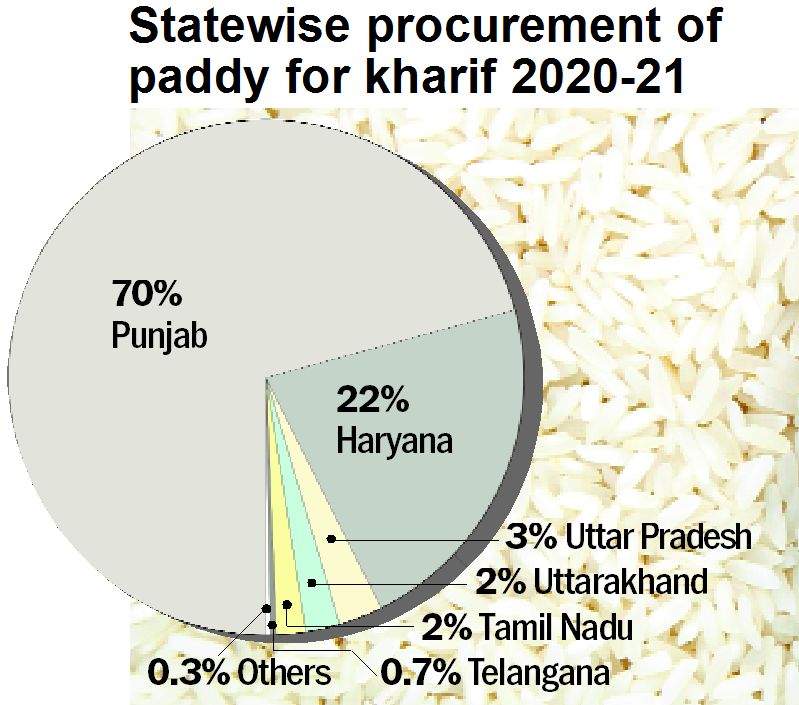 EVEN as farm fires continue to rage across Haryana, some farmers in the state are profiting from the adoption of crop management systems either through custom-hiring centres (CHCs) or individually after purchasing subsidised machinery.

Virender Yadav (32), a progressive farmer of Faras Majra village in Kaithal district, manages crop residue with the help of a baler. “After spending four years in Australia, I returned with my wife and kids to my country to do farming. As stubble burning was a major issue, I decided not to go that way and also to encourage other farmers,” says Yadav, adding that he purchased a baler and a tractor for crop management.

“I charge Rs 500 per acre from farmers to clean their fields, which costs me around Rs 1,500 per acre. I sell the crop straw to industries, from which I get Rs 2,000-2,200 per acre,” he adds. “The only major expense is on diesel as all these machines are tractor-mounted,” he says.

Rs 30.5 lakh in September, but I have not received the subsidy, which is around Rs 19.5 lakh so far. The government should provide subsidy in time if it wants to attract farmers towards stubble management,” he observes.

Rajesh Kamboj, a farmer from Radaur in Yamunanagar who has set up a CHC, provides machines to farmers on rent for the management of crop waste. He says farmers can use mulchers and rotavators which mix the stubble with the soil before sowing wheat with a zero till drill machine.

A number of farmers are selling the crop residue at the collection centres set up in various villages by groups of farmers, who further sell the paddy straw and fodder to states like Uttar Pradesh, Gujarat, Rajasthan, Delhi and also to gaushalas after making bundles and crushing the straw into dry fodder. This fodder is also used for livestock feed as well as in industries like cardboard, brick kiln and others. The farmers are getting Rs 2,500-3,000 per acre for paddy straw.

“I have sent a representation to the President of India for the constitution of a national dry fodder board for procurement of paddy straw and to use it in drought-prone areas of Rajasthan, Gujarat and Karnataka. This way, the crop residue will be fully utilised without burning,” he adds.

Karam Chand, Deputy Director, Agriculture (DDA), Kaithal, says there are several methods to manage rice straw. “Under in situ management of paddy straw, several machines, including happy seeders, straw choppers/mulchers, cutters etc. are being provided at 50-80 per cent subsidy to farmers. They can obtain these machines through CHCs or individually. Subsidy is given after physical verification of the machines,” he says, adding that under the ex situ plan, farmers can take balers and cutters on subsidy.

Besides, various districts have made it mandatory to attach a straw management system (SMS) with combine harvesters to curb straw burning.