60 years ago, Capt SL Tugnait walked the distance to assess the situation arising from Chinese intrusions in Ladakh 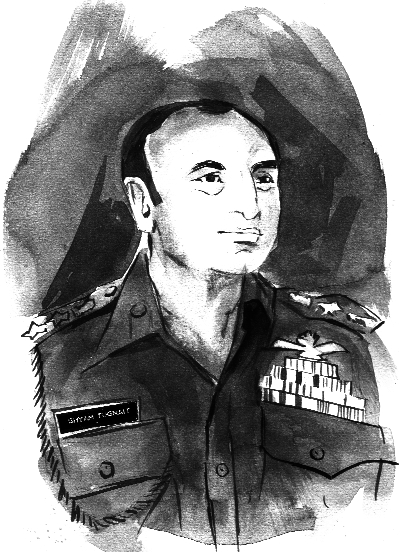 Unbelievable as it may sound, but way back in 1957, our prudent mandarins in South Block had prescience of China’s impending military intrusions across the well-acknowledged boundary of Northeastern Ladakh. So, an audacious reconnaissance was conceived to assess the ramifications arising therefrom and Captain SL Tugnait was picked from among volunteers to lead the assignment.

When Tugnait walked out from Leh for Darbuk on his outward journey, he trudged across the very same place names that today are among proven PLA strongholds (Pangong Ridge South Top, Phobrang, Kongka la, Lingzithang, Aksai Chin plateau, Hazilangar and so on). And on the return journey, he passed by places (Karakoram Pass, Daulat Beg Oldie, Saser la, Khardung la) in whose vicinity the Indian armed forces have stood entrenched in counter-poise to checkmate the PLA from any further westwards mischief.

The plucky Captain covered a hitherto unchartered route of some 910 km at mean elevation of 15,700 ft above sea level, crossing four among the world’s highest mountain passes and terminating at Leh about three months later! Bravo Tugnait for the kind of perseverance truly beyond the call of duty!

Fundamental provocation for this incredible exploration arose from the emergence of the two sibling sovereign republics in 1947 and 1949 namely, India and China in that order. While India’s freedom movement was anchored by Mahatma Gandhi around the ideology of non-violence, China’s was the offshoot of a full-blown war against the Japanese invasion of mainland China in 1938, followed by another decade of bloody civil war during the PLA’s “Long March”.

Admittedly, there was no formal unity of purpose between these two Asian nations during their struggles for national emancipation, yet there was a sense of unstated sympathy for each other’s goal. So much so that in 1938 Chinese General Zhu De made a formal request to Jawaharlal Nehru for a team of physicians and surgeons to manage their mounting battlefield casualties. The Congress party promptly dispatched a team of five volunteers led by Dr Kotnis and a respectable gift of Rs22,000 stacked during the All-India China Day Fund Raising drive while another donor wisely provided an ambulance.

On disembarkation at Hankou port in Wuhan province, the Indian medicos were received personally by Mao Zedong, General Zhu De and other top leaders of the Communist Party. This bonhomie received further boost with an invitation for a visit by Nehru which may have sown the idea of Nehru’s latter days’ optimism in the spirit of “Hindi Chini Bhai Bhai!” and who could fault him but narrow-minded sceptics? For that matter PM Narendra Modi’s Wuhan outreach to China, 80 years later, is in the same league; both efforts were afloat on wings of optimism in India but, soon after, floundered by deceit of China.

But this maiden ideal of peaceful coexistence was rudely jolted by China in 1954 when PLA besieged Lhasa with a garrison of about 4,000 combat hardened and motivated soldiers and commenced the process of building a road linking Xinjiang province to Lhasa. So, what for aeons had been a peaceful Indo-Tibet border would sadly become the most bitterly disputed Sino-Indian border that has remained on the boil to present times.

The most worrisome for India was the alignment of the road to Lhasa (NH 219) as it cuts across Ladakh’s Aksai Chin plateau and thus unilaterally altered the border alignment of the northeastern segment of India’s Ladakh province. India had barely stemmed military hostilities ignited by Pakistan in J&K by January 1949 and here was NH 219 with portents of even bigger military challenges to India in the Ladakh region.

Captain Tugnait, who retired as a Brigadier, on his part completed his mission successfully, yet his accomplishment lies all but forgotten except for an entry in the Register for MacGregor Memorial Medal, for 1958. It goes:

“Captain S.L. Tugnait... Air OP Squadron, Regiment of Artillery. Valuable Military Recce in Northern Ladakh. Covered the route from Leh over the 21,000 ft Chang La (Sic. 17,590 ft) into the Shyok River Valley to Ponyvang Lake (Sic. Pangong Tso). From there to Quazi-Haji Langer-Quaratag Pass, and back by the Karakuram Pass to Daulat Beg Oldi - Sasar Kangri over the Sasar La into the Nubra Valley and back to Leh over the 19,600 ft Kharding La”.

As may be imagined, Tugnait’s report remains off limits for public perusal but we may safely conclude that it led to (i) the positioning of an Indian Army brigade-sized force in Ladakh in 1959, subsequently upgraded to a division by 1962; and (ii) occupation of a chain of platoon-company outposts (armed with bolt action rifles and limited ammunition) starting from Daulat Beg Oldie all along the India-Tibet/China boundary eastwards to Longju in Siang Valley and Kibithu in the farthest corner of Lohit valley (Arunachal Pradesh). In the strict cartographic domain, this should have left no scope of misinterpretations pertaining to what both by authenticated cartography as also “by custom and usage” principle had always been India’s frontiers with her neighbours.

It is almost impossible for any Indian citizen to truly “dream” up from the contours on cartographic map sheets, the barren and inhospitable terra firma in extreme, of Tugnait’s reconnaissance region or the logistical nightmare for sustaining such a military deployment against the adversary as an ongoing posture. Fortunately, there exists a three-dimensional panorama by Serbjeet Singh (an extraordinary cinematographer and painter of the Himalayas) which shows up both the magical and the maddening dimensions of the region as nothing else can and is reproduced by the kind courtesy of his son. As per a notation by Serbjeet on the lower margin of the painting, the framed original used to be in the Prime Minister’s Office.

When I zoom in the precise area of reconnaissance route from the panorama, I am simply awed by Tugnait’s mental and physical endurance and his gutsy perseverance to cheerfully face extreme odds in the discharge of his duty. I am proud and humbled to have served the first two years of my career under him.