140 Years of The Tribune

Eye on the larger picture 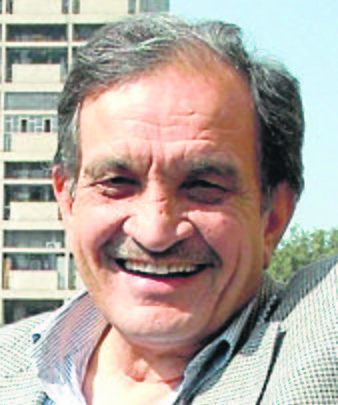 The ongoing farmers’ protests have reignited frequent evocation of a name inseparable from North India’s agricultural history — that of ‘Deenbandhu’ Sir Chhotu Ram. As the architect of Punjab’s first agricultural produce markets and the driving force behind several empowering legislations, Sir Chhotu Ram’s contribution to the uplift of the farming community is routinely highlighted by present-day media.

Yet, it is surprising to note that when his influence and popularity were at their pinnacle, the contemporary vernacular media was far from being favourably disposed towards him. He faced much criticism and was subjected to uncharitable coverage, despite his sincere attempts to better the lives of the downtrodden — which would go on to be remembered as watershed moments for the people of Haryana and Punjab.

Sir Chhotu Ram and The Tribune were both born in 1881. The then young newspaper and the great farmers’ leader developed a unique relationship, for The Tribune enthusiastically hailed him with its frequent and prominent coverage at a time when most newspapers thought little of his reforms. The Tribune provided a medium of expression to Sir Chhotu Ram that allowed his views to resonate across the massive pre-Partition Punjab and beyond.

His columns on a wide variety of themes, including communalism, peasant welfare, irrigation, law and order, and corruption found a place in The Tribune’s editorial section. ‘The Punjab and Depressed Classes’, a piece written by him for the paper in 1932, was a first of its kind. It challenged several beliefs regarding the relations between peasants of the ‘lower’ classes and landlords. He even presented evidence to suggest that the untouchables were, in fact, treated with consideration by landowners in Haryana. Through the paper, Sir Chhotu Ram would also issue statements of importance, such as the memorable piece in defence of Sikander Hayat Khan after the Sikander-Jinnah Pact of 1937.

Not only columns, but also speeches delivered by him found a place in The Tribune. His speech delineating his goal of a ‘zamindar government’ or a government of agriculturalists at the Centre was published in The Tribune in December 1938. An editorial from 1937 contained a scathing criticism of the Congress. This was in sharp contrast to his works from the early 1910s, wherein he wrote in favour of the party — the transformation of his political beliefs as he went on to co-found the Unionist Party in 1923 can thus be mapped through his association with The Tribune. By 1933, he was speaking about the necessity of strong opposition parties to effectively uphold the rights and interests of the minorities, and landmark speeches such as these were conveyed to the masses by The Tribune. The paper continues to pay homage to him — an article titled ‘Sir Chhotu Ram — A Man of Integrity’ was published as recently as 2018.

My relationship with The Tribune has been less personal yet more extensive over the years. Upon my refusal to join Bhajan Lal’s government in 1981, the first editorial dedicated exclusively to my political career was published in The Tribune. Ever since, The Tribune has covered almost every facet of the lengthy course of my public life. On December 10, 1995, a rally that publicly raised crucial questions about the assassination of Prime Minister Rajiv Gandhi was organised by Congressmen, including myself. The rally was covered with a front-page headline by The Tribune, and the aims and events of the gathering, the numbers in attendance, and its significance were all comprehensively reported. Due importance was given by the newspaper to my views as expressed in my addresses at public gatherings as legislator and minister alike, especially later on in my career. My long-held thoughts regarding rural transformation, employment-oriented education, and economic empowerment have time and again been given voice in the paper.

In a lighter vein, I recall myself chuckling at the famous ‘Tau Bolya’ cartoons in Dainik Tribune wherein I have often been at the receiving end of biting satire. My sketches in these cartoons too have evolved over time in their depiction — they have aged with me!

The Tribune has always been held especially highly in regard by the educated classes of Punjab and Haryana, and this continues till date. It is one of the rare newspapers which has never lost perspective of the larger picture, and has artfully distanced itself from rumour and hearsay. That it doesn't reduce itself to parochial newspapers by publishing pullouts evidences this, along with, of course, the quality of unbiased reporting. Perhaps, that is why it continues to command such trust across North India, 140 years on.