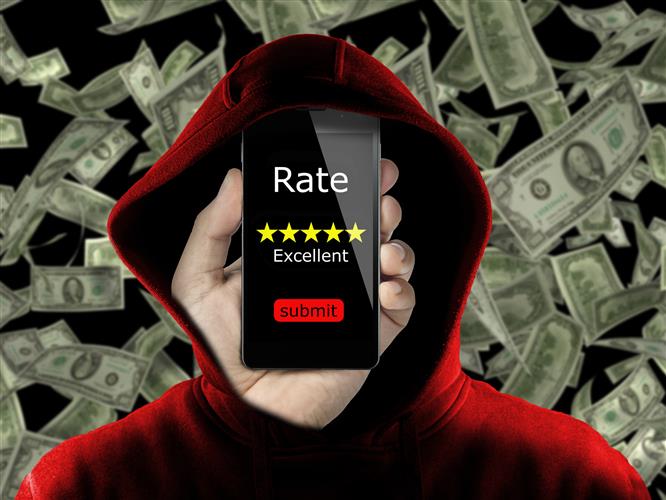 Advertisements are now passé. What determines consumer choice in the online marketplace today is consumer ratings and reviews. iStock

Online reviews written by consumers, on the other hand, give other purchasers a true picture of a product or a service and help them make an informed choice. Many studies have shown that almost 80 per cent of the consumers check the ratings and reviews before buying anything online.

On the flip side, the increasing influence of such reviews is prompting online sellers of goods and services to manipulate consumer decisions through phony reviews that distort information, and thereby informed choice.

So much so that today, creation of fake reviews is a big industry. There are websites that employ freelancers to create fake identities and post tailor-made reviews, for a price of course. There are also e-reputation services that manage companies’ online reputation by countering negative opinions. Review website operators, too, are known to block or delete consumer reviews that are not suitable. Then there are also incentives offered to purchasers to write a review that, obviously, will not be a very honest opinion.

But an article in the ‘Journal of Retailing and Consumer Services’ gives even more disturbing news. Titled “Creating and detailing fake reviews of online products’, the article says that fake reviews have now gone beyond human beings creating bogus content. Technological progress has led to automation of false reviews using text-generation algorithms. And with this, you can let loose an army of fake reviews at a fraction of the cost of the traditional method of human beings writing them. And these are difficult for humans to detect. Fortunately, machine learning classifiers do much better in this regard, with almost perfect accuracy in detecting reviews generated by other machines, says the article, concluding that ‘future research is needed for experimenting with more datasets and platforms’.

Consumer protection agencies in Europe, North America and Australia have, for long, been fighting against these reprehensible practices and have put in place laws, regulations, guidelines and standards to deal with the problem, but it is an uphill task.

Now, India, too, has joined the battle against fake reviews. According to Bain and Company’s report on ‘How India shops online, 2022’, India currently has the third largest shopper base globally, with 180-190 million online shoppers in 2021.

On November 23, the Union Ministry of Consumer Affairs notified the Indian standard that aims to prevent fake online reviews and protect consumer interest. The standard, titled ‘Online Consumer Reviews: Principles and Requirements for their Collection, Moderation and Publication’, prohibits paid reviews. It says that the “review administrator (who is an individual or an organisation responsible for managing the consumer review content) shall not knowingly publish reviews that have been purchased or written by individuals employed for the purpose by the supplier/seller or third party”.

In fact, it mandates that the review administrator put in place (a) filtering and control tools and algorithms, (b) a verification and control process and (c) a process for measuring the reliability of review collection to eliminate manipulated reviews. If even after that a review is found to be fraudulent, the review administrator should not only remove it immediately, but also review the internal anti-fraud mechanism in place and make necessary changes to prevent recurrence, the IS standard says..

With the notification, the ministry has not only recognised the problem, but as a first step, is putting the onus on online platforms to ensure the credibility of their reviews. However, going by the experiences of other countries, it may not be long before it makes the standard mandatory to ensure effective enforcement.

In the US, for example, the Federal Trade Commission (FTC) acts against such fake reviews, which are illegal, In August this year, FTC and six states sued a rental listing platform for duping consumers seeking affordable housing with paid fake reviews and phony listings. It also acted against the seller of tons of thousands of fake reviews. In January, an online fashion retailer paid $4.2 million to settle FTC allegations that it blocked negative customer reviews from being posted on its site

However, in October, the FTC said it was exploring a potential rule that clearly spelt out prohibited practices and strengthened deterrence by allowing the agency to impose civil penalties.

It is an indication of the growing global menace of online fake reviews.