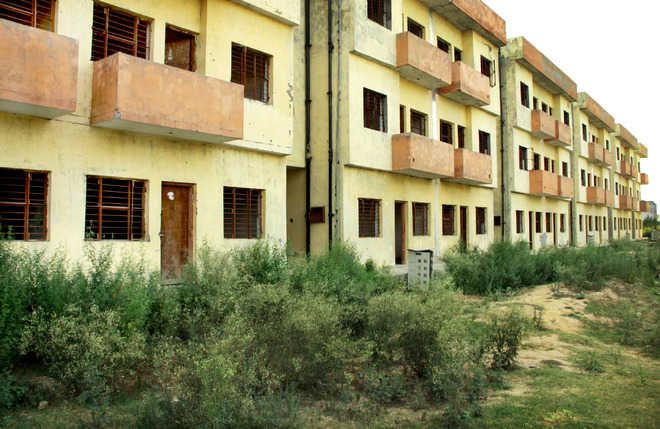 I invested in an apartment in Panchkula extension-2, Haryana, in 2013, believing the promise of the builder that the flats would be handed over in 2016. He did not fulfil his promise. It was only in 2018 that he started handing over single keys of unfinished flats to the allottees in small batches, that too without any legal documents of ownership or even NOCs from the relevant authorities. What should I do? I want a fully complete house with proper documents and compensation for delayed delivery. Should I go to the consumer court?

I do not know if you are aware of this, but under the new consumer protection law of 2019, the pecuniary jurisdictions of the consumer courts have been revised upwards. Accordingly, the District Consumer Disputes Redressal Forums, now called Commissions, have a pecuniary jurisdiction up to Rs1 crore, as against Rs20 lakh earlier. Besides, while earlier the pecuniary jurisdiction was decided on the basis of the value of goods or services in question and also the compensation being sought, now it is to be determined only on the basis of the value of the goods or services paid as consideration.

Similarly, the State Commission adjudicates over cases whose value is above Rs1 crore, but below Rs10 crore. The National Commission will decide on complaints above Rs10 crore.

There are two disadvantages from this change. One is that the number of cases before the District Commissions will increase, thereby delaying further the adjudication of cases before them, unless state governments are alive to this problem and provide additional Commissions or Benches to take care of the increased load.

Second, even though the law provides for a second appeal only if substantial question of law is involved, you can expect businesses/builders to use that provision to file second appeals. Since the District Commissions now decide on high-value cases too, the number of cases travelling from the district to the state to the national level (or Commission) is likely to go up, thereby prolonging the time taken for the final conclusion of the case.

Fortunately, the government is now taking a re-look at the pecuniary jurisdiction, but as of now, what I have quoted above is the law under the Consumer Protection Act of 2019 and you will have to accordingly file your case before the District Commission.

On the other hand, consumers now have an option of filing their complaints before the Real Estate Regulatory Authority (RERA), meant exclusively for dealing with complaints pertaining to real estate. Since in your case, the complaint is basically about the builder legally handing over the apartments with all relevant documents and compensating the allottees for the delay in granting possession, I would suggest that you approach Haryana RERA or HRERA, Panchkula. I am suggesting this in the hope that the resolution of the dispute would be much faster there.

Of course, under RERA too, there is an appellate authority and the builder can file an appeal in the high court, but I would still think that given the facts of your case, RERA might be a quicker option.

Four or five of us allottees want to seek legal recourse. Can we file a complaint together?

HRERA (Adjudication of complaints) Regulation 2018 says any ‘person’ may file a complaint and a ‘person’ shall include the association of allottees or voluntary consumer association ‘registered under any law for the time being in force’. Since you are just about four or five, I would suggest that you file separate complaints, but submit them at the same time so that the Authority can decide all of them together. It will be quicker this way.

You must also know that while the Authority can give proper directions in respect of the draw of lots, proper allotments, NOCs, penalties and interest, the Adjudicating Officer will award compensation. If you go to https://haryanarera.gov.in/ and click the RERA Panchkula icon at the top, it will take you to the Panchkula RERA, where you can first register, then lodge your complaint as per the prescribed format. You can also call the complaints helpline (9888554148) for details.