From darkness to light with Ved Mehta

There is pathos, courage and ambition in the way Mehta lived. Never for once did he shed tears thinking of his blindness 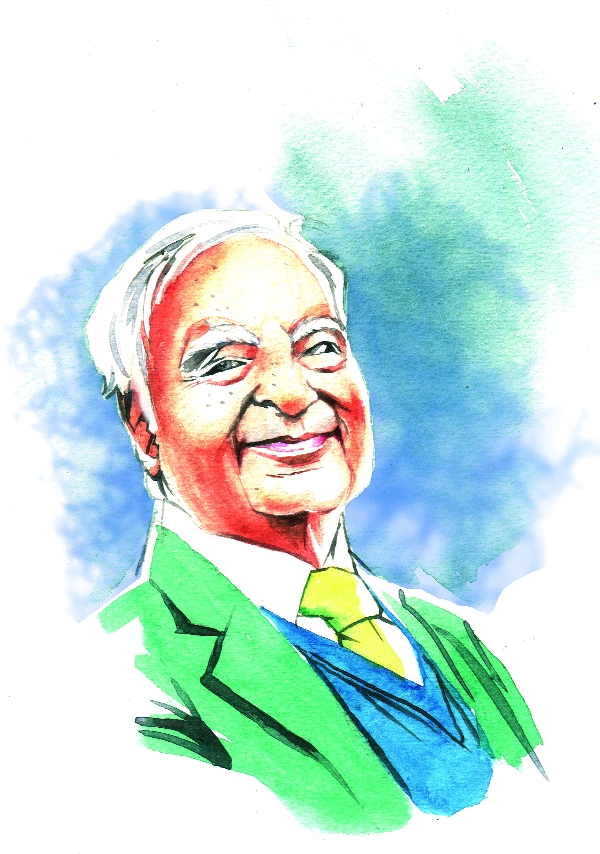 Ved Mehta, who died last week at the age of 84, was India’s first celebrity journalist and a memorialist who explained India to the West in his columns in New Yorker over 30 years. He wrote an amazing 12 volumes of autobiography in which he recollected everything he saw or heard from the time he was three, when he went blind due to meningitis.

An acute memory and sensory abilities are characteristic of people who are visually challenged (the brain learns to compensate), and Mehta was a classic example. How did he tell us so many things about life, his country and its politics without seeing anything unfurl in front of him? Did he imagine everything? Did he recreate everything from what he heard? Did he have a sixth sense?

Actually, all he had was memory and as he recounts in ‘Mummyji’, he answered some questions which his mother asked him by simply relying on external sounds. For instance, to check whether his sight was improving, his mother kept asking him whether it was light or dark, or whether the bulb was on or off. He answered every question correctly by keeping count of the number of times his mother switched the bulb off and on.

Maybe he was having fun or maybe be was making fun of himself and others with his writing. “I once described someone this way,” Mehta wrote in 2001: “‘A Player’s cigarette hung from his lower lip and threatened to fall off at any moment.’ I knew the brand of his cigarette from his chance remark. The hanging bit I picked up from the way he spoke.”

There is pathos, courage and ambition in the way Mehta lived. Never for once did he shed tears thinking of his blindness. Never for once did he draw attention to it and once after someone gave him a walking stick, he broke it into two and for the rest of his life walked bravely. Self-pity he didn’t have, but pride he did.

His father, a doctor in government service, and his mother were pole opposites. For two years after Ved became blind due to a delay in getting his fever treated (his father never forgave himself for this negligence), his mother used ‘surma’ on his eyes on the advice of quacks. When his father saw this, he blew his top and from that day decided that Ved had to be taken away from his mother, who had no option but to agree to all what her educated husband suggested.

Mehta’s description of his first train journey as a four-year-old who was to be deposited in a blind school and orphanage in Bombay breaks your heart. Neither of his parents accompanied him. That sadness and a yearning to know everything drove his writing and ambition. From the moment he starts narrating this journey, in his first book, through the thousands of words that he used to teach us how and what to see, we marvel at his audacity and determination. Through all that, he was a perfectionist getting even the colours of spring all spot-on, making us, the uselessly sighted, wondering at how he saw all this. “At the close of winter, Basant-Panchami — a festival honouring the god of work — arrives, and everyone celebrates it by wearing yellow clothes, flying yellow kites and eating yellow sweetmeats,” he wrote in ‘Daddyji’. The family life in Lahore and Karnal, especially daily dinners with his sisters, are so touchingly recreated that we feel that our lives are wasted.

Here and there during his long career, he wonders about his destiny. In ‘Face to Face’, he writes: “If my age and the length of sickness deprived me of the treasured memories of sight, they also reduced things which are valued so much in the sighted world to nothing more than mere words, empty of meaning. I started living in a universe where it was not the flood of sunshine streaming through the nursery window of the colours of the rainbow, a sunset or a full moon that mattered, but the feel of the sun against the skin, the slow drizzling sound of the spattering rain, the feel of the air just before the coming of the quiet night. It was universe where at first — but only at first — I made my way fumbling and flattering.”

Mehta interpreted India to the West for many years, but after him many followed, enabled and strengthened.

How do we place his journalism? New Yorker’s William Shawn, who hired Mehta in 1961 and groomed him, said in 1982: “He writes about serious matters without solemnity, about scholarly matters without pedantry, about abstruse matters without obscurity.”

Though he never got any detail wrong, Mehta was as detached in his journalism as he was in his fiction. No anger or comment passed his lips as he dictated his copy. Aloof from the ground, he gathered details with patience, but sarcasm passed him by. He made up in various ways. He even quoted from ‘letters to the editor’ in Statesman and described the Safdarjung airport from where Sanjay Gandhi took his doomed flight as if he was there.

That way, Mehta gave journalism a new definition: recollecting events in tranquility. Such journalism may not pass muster now, and he seldom quoted anyone whom he met, nor did he have the type of access needed to write on statecraft or the mire of Indian politics. But second-hand sources sufficed for him. Let’s say that Mehta had his say.

In the rich and varied lineup of post-Independence Indian writing in English, Mehta has a place, though not very high up. As a pioneer in English writing, he was a man who despised self-pity, who told us that there is always a way. For that, we must be grateful to this man who never saw, but wrote.