The service provider transporting your goods is responsible for their safe transportation and delivery. Any destruction of goods due to negligence must be compensated 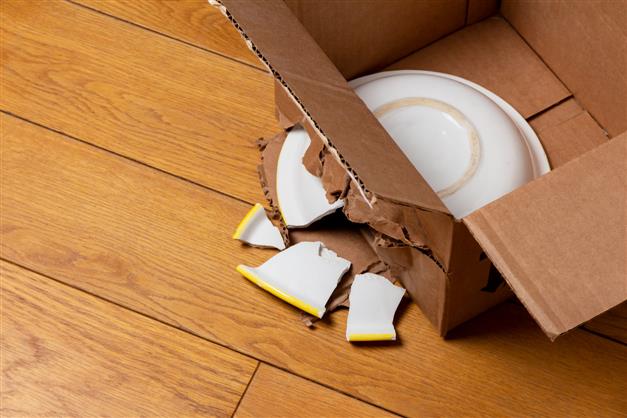 Following my transfer, I entrusted to a goods carrier all my household goods for transportation to my new location. However, on delivery, I was shocked to find all my furniture and household gadgets, including my television set, air conditioner, microwave and washing machine, completely damaged. The transporter is refusing to pay for my losses saying he has not taken any insurance. What do I do now?

When a common carrier undertakes to transport your goods for a fee, it is his duty to take due care of the goods in his custody and ensure its safe transportation and delivery. Failure to do so constitutes deficiency in the service rendered. Under the Consumer Protection Act, you are entitled to compensation for the loss caused to you. Similarly, under the Carriage by Road Act, too, he would be liable for the loss or damage to the goods due to negligence or criminal acts of the carrier, its servants or agents. So, in a number of cases, the consumer courts have awarded compensation to the victim.

Take pictures of all the damaged goods and estimate the total loss, in order to make your claim. If you want to be more accurate, you can even seek the help of an independent surveyor. Remember, the transporter cannot escape liability on the ground that the goods were not insured. Nor can he seek exemption from liability on the basis of one-sided terms in fineprint or by claiming that he was carrying these at “owner’s risk”.

But before filing the complaint, you must serve a notice on the carrier. This is absolutely necessary, or else, your complaint will not be admitted by the consumer court. The apex consumer court said as much in Delhi Assam Roadways Corporation Vs BL Sharma, referring to Section 10 of the Carriers Act, 1865. This Act has now been replaced by Carriage by Road Act, 2007 (that came into effect from 2011), but the new law has a similar condition under Section 16. It says, “No suit or other legal proceedings shall be instituted against a common carrier for any loss or damage to the consignment, unless notice in writing of the loss or damage to the consignment has been served on the common carrier before the institution of the suit or other legal proceedings and within 180 days from the date of booking of the consignment by the consignor.” I do hope that you have made an accurate declaration of the value of the consignment because that is what determines compensation.

Can you quote some consumer court decisions to help me with my case?

In Patel Roadways Ltd Vs Birla Yamaha Ltd where the generator sets entrusted to the care of the carrier for transportation were destroyed by a fire in the godown of the transporter, the National Commission awarded Rs50,78,231 towards the cost of the generator sets and also ordered refund of the freight charge of Rs22,568.

While doing so, the Commission referred to Section 9 of the Carriers Act and said it relieved the complainant from the burden of showing that the loss or non-delivery was owing to any negligence or criminal act of the carrier. The loss itself was prima facie evidence of negligence.

The Supreme Court dismissed the carrier’s appeal challenging the applicability of Section 9 to a proceeding under the Consumer Protection Act. (CA No 9071 of 1996, decided on March 28, 2000). The Carriage by Road Act, too, has a similar provision under Section 12 (2).

In Far Eastern Carrier Vs Standard Literature Associates, where two consignments of books did not reach the destination on account of an accident involving the truck, the State Commission awarded Rs5,60,000 towards the loss of books and Rs50,000 towards compensation. The National Commission, however, brought down the amount from Rs5,60,000 to Rs2,80,000 on the ground that in the consignment note, the consumer had mentioned the value of the books as Rs2,80,000. (FA No 336 of 2007, order dated November 1, 2012).