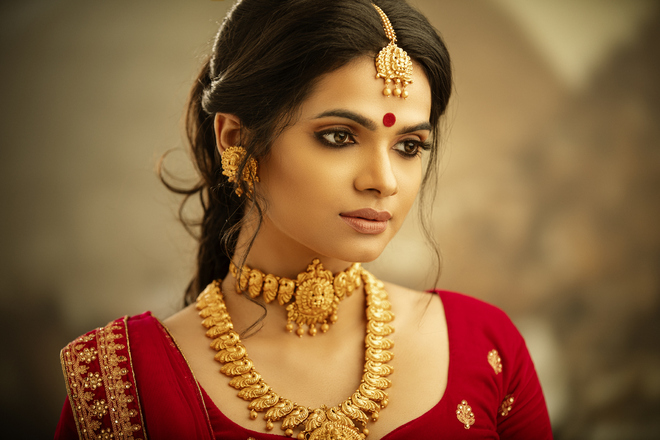 Three years back, Surinder Arora, a government employee in Chandigarh, became a victim of jewellery fraud when he went to a jeweller to exchange the ornaments he had bought from him about 10 years back. The jeweller flatly refused to exchange or buy it back saying that the piece had an impurity of 30 per cent. Arora couldn’t take any action against the jeweller since he had misplaced the bill. “I paid a heavy price for my carelessness. When I bought the jewellery, there was no way of knowing if the gold I was buying with my hard-earned money was pure or not. I’m happy that the hallmarking of gold jewellery has become mandatory. This will help to take action against those doing mischief,” he says.

Kavita Sharma, who is getting married next month, has her own reasons to feel happy about the hallmarking of gold jewellery. “Due to the Covid norms, we have cut down the number of ceremonies and guests. This has reduced the massive expenditure on banquet halls, catering and decoration, thus leaving us with more funds to buy jewellery. With the hallmarking of jewellery becoming mandatory, we’ll be assured of the quality of gold, wherever we buy it from,” says Kavita, who is based in Jalandhar.

It is now mandatory for gold jewellery and artefacts of 14K, 18K and 22K to be hallmarked. Steps have been initiated for amendment to Indian Standards that would permit hallmarking of other caratages too.

The hallmarking stamp, which so far has four symbols — BIS logo; purity in carat (K) and fineness; the identification mark of the AHC and jeweller’s stamp — will have the last two stamps replaced by a six-digit alphanumeric HUID, with which every article would have to be separately tagged.

Jewellery below 2 gm has been exempted, as also jadau, kundan and polki jewellery techniques and designs.

The jewellers found flouting the guidelines will be fined a minimum of Rs2 lakh and can be punished with up to a two-year jail term while the recognition of the AHC that had faulted may be cancelled depending on the quantum of failure.

In due course, one can check the quality of gold jewellery on the BIS Care app by keying in the HUID.

“HUID is like an Aadhaar card or a property document,” says Ramesh Kalyanaraman, chairman and MD of Kalyan Jewellers, adding that organised players are likely to benefit more since they have already been hallmarking the jewellery. “There may be teething issues like changing the inventory and reworking the logistics, but for a brand like ours, things will not change much,” he adds.

The hallmarking of gold jewellery started in 2000 but had been voluntary till now. With effect from July 1, it has become mandatory for all jewellers to sell hallmarked jewellery. According to the World Gold Council, India has four lakh jewellers, though unofficial figures put the number at nearly 5.5 lakh. Out of these, nearly 45,000 have been certified, according to www.manakonline.com, the official website of Bureau of Indian Standards (BIS).

While the move is being appreciated for the transparency it will bring to the manufacturing and buying of the yellow metal, concerns are also being raised over the feasibility of the move as well as the HUID, (or the Hallmarking Unique Identification Number) that each piece of hallmarked jewellery is required to be stamped with.

The good & the bad of it

Of the 718 districts in the country, hallmarking has been made compulsory in only 256 that have Assaying and Hallmarking Centres (AHCs). It will be mandatory to have HUID on each and every jewellery article.

According to Anil Talwar of Talwarsons in Chandigarh, “The move will bring the much-needed transparency to the selling and buying of gold jewellery, besides bringing Indian jewellery at par with global standards. There are, however, some serious concerns that need to be addressed.”

Says Talwar, who was the co-chairman of the Gems and Jewellery Committee of the FICCI (2011-2017) and also represented the country in its ‘Make in India’ initiative, “Besides the miniscule number of hallmarking centres compared to the number of jewellers in the region, there are problems that the HUID can create. There will be less scope now to make design changes in a jewellery set if a customer so desires.” The legal angle, too, needs to be reviewed, he points out, adding that once a product is hallmarked, the onus of product quality should not be on the jeweller alone, but the AHC as well.

Sameer Jain and Nipun Monga of Chandigarh Assaying and Hallmarking Centre, one of the four BIS-recognised hallmarking and assaying centres in Chandigarh, agree that the entire process will bring more accountability to all stakeholders but they have reservations about other issues. “Hallmarking of each precious artefact takes around five to six hours. The tagging of every article with HUID will be much more time-consuming since every item will have to be weighed individually. Under the new system, our logistics change completely and we’ll have to increase our workforce. The hallmarking charges of Rs35 per piece, fixed as per the BIS hallmarking regulations of 2018, won’t help us recover the cost. Out of this, a royalty of 10 per cent goes to BIS.

“Also, soon HUID will start from the first point of sale. This is likley to impact the business of AHCs in cities where jewellery reaches after exchanging hands three to four times. Since 80 per cent of the jewellery production takes place in the South, the business centres in the North will suffer. There’s also no clarity on hallmarking of jewellery with kundan, jadau and polki,” they say.

The hill state has around 4,000 jewellers, but there are only two operative AHCs, one each in Kangra and Mandi. In other districts that do not yet have any hallmarking centres, both the jewellers and karigars (goldsmiths) are at a loss.

Atul Tangri of Tangri Jewellers, secretary of the Jewellers Association, Shimla, and president of the Sarafa Swarankar Sangh, HP, says, “Presently, we go to AHCs in Chandigarh to get our jewellery hallmarked. With the six-digit alphanumeric HUID on each article, the process will become even more time consuming. Then there are more issues that need to be factored in. Opening an AHC requires an investment of nearly Rs60 lakh. With the government providing 90 per cent of the funds to set up an AHC, the person starting the centre invests merely Rs6 lakh. How do I trust, say my 3-kg gold jewellery, with someone who has so little at stake? Leaving my jewellery at the AHC overnight is also very risky, especially if I am not sure if the AHC has the required logistics to keep so much jewellery safely.”

He explains another security issue, “The purpose of HUID is to help the BIS keep track of the entire transaction. While this will make the system more transparent, this will also leave open my jewellery to many security risks. The BIS portal is in public domain. The details of jewellery, which has already changed hands four to five times before reaching my showroom, will remain under public eye till it is sold to the final buyer.”

Covid-19 has impacted most sectors of the economy, but according to jewellers, this market bounced back as soon as the lockdown ended. “People were buying jewellery irrespective of the record-high prices of more than Rs54,000 (22K) that the yellow metal reached in August last year. There was a slight panic in the market when people were selling some gold during the initial Covid days but soon

this trend changed and we had new purchases coming,” says Anil Talwar of Talwarsons.

“The first quarter (Q1) last year was a total washout but the Q2 comeback was prompt. We recovered 92 per cent of our revenue,” adds Ramesh Kalyanaraman of Kalyan Jewellers.

Akshay Verma of Verma Jewellers in Solan adds, “Since all jewellery will have to be hallmarked and with no AHCs close by, the nearest being 60 km away in Chandigarh, many local jewellers would prefer to buy jewellery that is already hallmarked. This will affect the business of local karigars, many of whom are already moving to places like Kolkata in the hope of getting more work there. We get a lot of our jewellery made from local karigars. Eventually, we won’t have any good artisans left in the region.”

According to Bhupinder Kumar, a goldsmith in Shimla, “Earlier there were eight to 10 persons working at my workshop but with most jewellers getting fancy hallmarked jewellery from Delhi, Ambala and Chandigarh, our work has reduced drastically. Already, it is difficult to make the ends meet, and if this continues, we might have to leave this work and do something else.”

Ruing the fact that unlike jewellers’ associations, there is no such platform that can take up the cause of artisans and craftsmen like him, he adds, “A hallmarking centre close to the district is important to save the livelihood of local craftsmen.”

Goldsmith Dinesh Negi, who lives in Theog, too, agrees that a hallmarking centre in the district will encourage local artisans to remain working here. Negi comes from a family that has been making traditional Himachali jewellery for generations. According to him, “Traditional jewellery, which is already being made in 22K gold, is made and crafted only in Upper Shimla, Rohru and Rampur. The demand for this jewellery will remain unchanged but it’ll also have to be hallmarked.”

What the government says

Allaying fears of artisans and small jewellers, Satish Kumar, Scientist ‘F’ and Regional Hallmarking Coordinating Officer (Northern Region), BIS, says, “Contrary to these fears, hallmarking will be beneficial to small jewellers since their products will be at par with big brands that are selling hallmarked jewellery. It will also not affect the artisans since they don’t have to get any jewellery hallmarked if they are working for a jeweller.”

He adds that hallmarking will not affect any old jewellery lying at home. Like earlier, one can take it to a jeweller to exchange it. About the fears regarding the feasibility of HUID, he says, issues have been sorted out and if more crop up, these will be handled by BIS. The aim is only to bring more accountability and transparency, he adds.

And that is what one hopes for as a revolutionary new system is being put to test, amid many concerns.