It is time we acknowledged the significant role played by farmers and the organisations that ushered in the Green Revolution and improved the country’s self-reliance to ensure ‘Right to Food’ for all citizens. Agriculture needs to have inclusive recognition, right from farmers to the food processors. 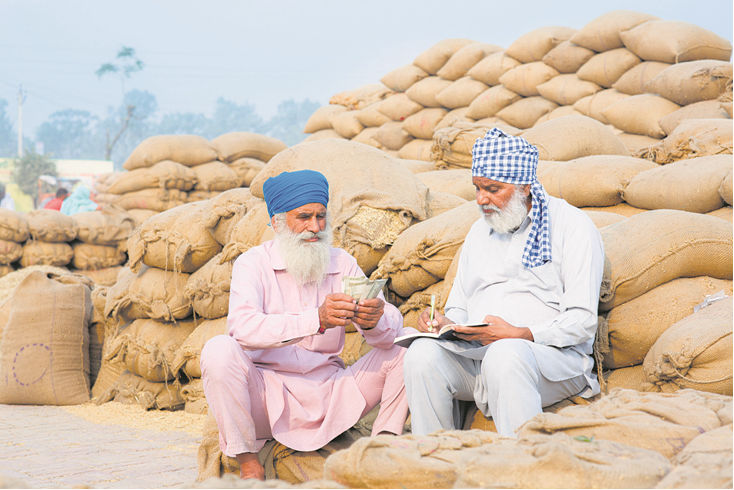 Farmers should be registered and given due recognition as professionals as they are the missing link between food security and national security. istock

A Arunachalam and KM Jayahari

Migration from rural India to urban areas has been a matter of discussion since the beginning of this millennium. One of the main reasons identified for this trend is the agrarian crisis that emerged during the early 1990s, a detrimental product of factors like market-oriented agriculture reforms, land degradation, climate change, etc. There was a reduction of around 1.5 crore in the number of farmers, who are the main cultivators, between 1991 and 2013. Outmigration of men, in particular from rural India, also resulted in the feminisation of agriculture, which has been viewed as an opportunity for making agriculture more profitable by experts. Irrespective of its socio-economic implications, outward migration from rural India was a continuous process until the outbreak of Covid-19 pandemic, which not only stopped it, but also reversed it.

The lockdown imposed across India in late March immediately resulted in a reverse migration of a large number of labourers working mainly in the unorganised sector in small and big cities in India. Stringent measures imposed by state and Central governments temporarily stopped it, even as the country witnessed a series of agitations of migrant labour stranded in cities, demanding facilities to go back to their hometowns and villages.

The lockdown made daily-wage workers — most of whom are migrants — jobless for two months or so. Now that they are back home, many of them may not even dare to migrate again soon. After India’s integration into global economy, there were never 60 days at a stretch in which Indian economy recorded probably near-to-zero growth rate. Certainly, the recovery is going to take time; how much would depend heavily on when the Covid crisis subsides. The absorptive capacity of urban cities as far as the migrant labourers are concerned would also recover accordingly. Conclusively, a good number of these migrant workers are going to be in their villages for quite some time.

The impact of this sudden reverse migration is going to be serious from economics and demographic viewpoints. This will invariably increase the number of cultivating farmers and agricultural labour force in rural India. In a way, it may reverse the feminisation of Indian agriculture to a large extent. This will also have an impact on the average landholding of farmers in India, which is now less than 0.5 hectare per farmer. Moreover, this is going to tremendously increase the number of people who are primarily depending on agriculture for their livelihood, which is among the sectors most vulnerable to climate change and the economic situation even when there is no pandemic.

China allowed the food and agriculture sector to function as far as possible by establishing green channels even during the lockdown after the Covid outbreak. India did reluctantly take a call on this matter, realising the overall impact of the weakening of rural and agriculture sectors on Indian economy. The impact of the sudden load of additional dependence on agriculture will be manifold. In all, this will re-engineer the agrarian crisis exponentially in India, making agriculture a further less dependable livelihood in multiple ways.

Alternatively, the sharp increase in the number of cultivating farmers would further lessen the average agriculture landholding in India, which is already low, contributing to the agrarian crisis, according to experts like MS Swaminathan. Reversal of feminisation of agriculture would expectedly reduce gender inclusiveness in the sector. Increase in the local labour availability in some states would drastically reduce the wages in this sector. At the local level, the debts of farmers would shoot up in a short while, which would perhaps widen the scope for land-locking towards a corporate style of land consolidation/acquisition vis-à-vis agriculture. This could eventually kill our last opportunity for making Indian agriculture the biggest enterprise in India with all farmers as stakeholders. Despite the agrarian crisis, a populous country like India was resilient enough to ensure food availability since the Green Revolution, eventually scripting the National Food Security Act in 2013. This enabled the government to design apt enabling approaches for enhancing food access to its citizens during the pandemic. In a way, self-reliance vis-a-vis food security gave the country a free hand to adopt lockdown measures during the pandemic. All this was possible only due to the stupendous labour of the farmers at the pre-Covid stage amounting to a buffer stock of agricultural produce for untoward situations. And, it is time we acknowledged the significant role played by farmers and the organisations that ushered in the Green Revolution and systematically improved the country’s self-reliance to ensure ‘Right to Food’ for all citizens.

At this point of time, we should recall the Bengal famine of 1943-45 that claimed 20 lakh lives. It spurred the then government to work towards the Green Revolution. During the post-colonial period, we were able to combat famine-like situations, such as in Bihar in 1966 and in drought-hit Maharashtra during 1970-73. But, our buffer stock of foodgrains stands liquidated during such untoward situations. So, the agriculture being talked about today needs to have inclusive recognition, from farmers to the food processors, and the business model should be inspired from successful models like that of Amul. Needless to mention that farmers should be registered in the country and given due recognition as professionals, as they are the missing link between food security and national security. They are the ones who have made the nation food-secure during all emergencies.