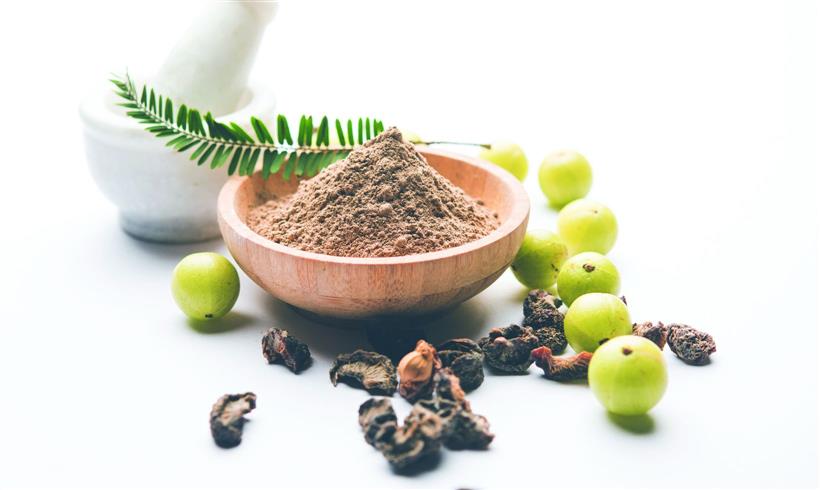 Reeva Sood, 62, a Himachali based in Delhi, has been running an NGO for nearly 32 years, working on projects in several states for women empowerment and sustainable livelihood. A medical emergency for her husband Rajiv, a doctor at RML Hospital, five years back made them take stock of their goals. What bothered the couple was that they had not been able to do anything for the land of their birth.

With her usual verve and thoroughness, Reeva went about rectifying this shortcoming, acquiring land in Una and Kangra, getting the soil tested and plunging wholeheartedly into her next project.

In a land lying barren for 50 years, she sowed dragon fruit, moringa, ashwagandha, sarpagandha and black wheat on about 10 acres in Behar Jaswan village, Amb, Una district. “When I started farming in my barren land, people in adjoining areas laughed, dubbing it an experiment by an urbanite,” she says. “In five years, I have got two crops of sarpagandha, three crops of black wheat, plus crops of dragon fruit, ashwagandha, moringa, etc. Not just crops or mature products, I have also been supplying saplings of these medicinal crops to the Government Institute of Indian System of Medicine and Research, Jogindernagar,” says Reeva.

“We have been in touch with private players, pharmaceutical and even beverage companies, mostly in Una and some in Delhi, for supplying our 100 per cent chemical-free crops/products,” she adds.

Reeva is not the only one who has realised the potential of Himachal’s rich soil potential for growing herbs, fruits, flowers and other alternative crops such as sandalwood, heeng, aloe vera, etc. In Nahan, Sirmaur, shopowner Rajesh Bansal, 53, not satisfied with his usual business, ventured into aloe vera and sandalwood cultivation. “In 2015-16, I decided to start sandalwood cultivation and began by planting just four plants, secured from Sunni in Shimla district.” The promising results motivated him to plant 200 saplings of white sandalwood initially and later 10,000 more on his nearly 33-acre farm. In order to meet the expenses, he availed a loan of Rs25 lakh.

Bansal hasn’t looked back since, even asking his son Tanish to drop out of engineering from NIT, Hamirpur, and pursue BSc (Agriculture) from a university at Solan. What has proved to be a boon to his venture is the presence of several ayurveda medicine manufacturing industries in the Kala Amb and Paonta Sahib industrial clusters, which readily purchase his produce.

There are many traditional farmers in Himachal who are disheartened and disenchanted by the lack of returns, besides a slew of other dissuading factors like destruction of crops by monkeys, wild boars, etc. Hesitant entrants into herb cultivation, they wonder if it would help supplement their income.

Experts from the Department of Forest Products, Dr YS Parmar University of Horticulture and Forestry, Nauni (Solan), say they are getting repeated queries about cultivation of various medicinal plants. The university is providing these farmers with technical knowhow as well as quality plant material.

But these passionate growers are not easily deterred, as many are in direct contact with herbal industries and wholesale suppliers. “Several farmers approach the local pharmacies, industries and shops for selling the produce but are often disappointed at the lack of a good market rate. Some farmers have quit cultivation at a very early stage,” says Dr Meenu Sood, who heads the Forest Products Department at Nauni university.

However, the presence of a large number of FMCG and pharmaceutical companies can be used to their advantage by the farmers, she suggests. “Farmer clusters can establish direct contact with these industries to supply planting material,” she points out.

Also, most growers are working individually and not as cooperatives. “That also affects their bargaining power. The cooperatives can attract bigger players to purchase from the fields and collectively take their products to the bigger markets located in Delhi and Amritsar. The farmers can also launch their own products under the technical guidance of the university and market these through various e-commerce platforms or even through their own brand websites,” she adds.

The pragmatic Reeva is doing just that. Not the one to rest lightly on her laurels, she has also started a self-help group of 300 women farmers and is training and helping them in various legal aspects for getting them registered as farmers/cultivators.

Balram, 37, an enterprising farmer operating near Shillai, has found a market for his ashwagandha crop as far away as Jaipur and Jodhpur, all on his own. He has been cultivating ashwagandha, known for imparting vitality and vigour, for at least 10 years now and also motivates others to grow the herb, which is in high demand for its medicinal values, and also facilitates its marketing.

Earlier, he had been cultivating garlic, ginger and other traditional crops for years but wasn’t happy with the returns. A decade back, Balram switched to the cultivation of these medicinal crops. “With minimal water requirement or fear of wild animals destroying the yield, these crops have proved to be a boon for land rendered unfit for cultivation,” he explains. “A large number of people who would leave their land untilled and were pursuing other professional ventures, are now growing these crops.”

However, though most farmers appreciate this initative, they also express disappointment that the trade of these medicinal herbs in the state is highly unorganised. Most small growers are forced to sell their produce to the middlemen at throwaway prices.

Selling the produce outside the state can fetch remunerative prices in the herbal markets situated in Amritsar or Khari Baoli (Delhi), but the process involved is unaffordable for small cultivators/growers due to the high cost of transportation and legal implications during the transit.

Sixtytwo-year-old Vijay Rana Dhanot, a Jwalamukhi-based ayurvedic doctor, has been growing black tulsi for the past six to seven years. This doctor-turned farmer has also been motivating other farmers to join his passionate cause. Due to his efforts, supplemented by the help of a local organisation, today about 300 farmers in Jwalamukhi and Dehra areas of Kangra district have taken to growing black tulsi and other varieties of the herb.

Most of these farmers are growing tulsi in their small farms of 1 to 5 kanals. Not all are successful, but 30 to 40 of these farmers have started earning Rs25,000 to Rs30,000 per kanal. Many others are also growing white museli and sarpagandha.

Marketing remains a huge issue, says Dhanot. “Many times the companies invited to purchase our crops barely offer Rs20 to Rs30 per kg of tulsi leaves. However, due to our own efforts, we have been able to sell these leaves for Rs300 to Rs400 per kg. Recently, a group of ayurvedic doctors from Kerala visited us. They took samples of tulsi leaves from our area and got these tested. The nutrient and medicinal value was very high. They are now offering us Rs1,500 per kg for our tulsi leaves because the crop grown by farmers in the Jwalamukhi areas is organic and grown through natural farming,” he says.

Dhanot, however, remains disappointed by the government help on marketing these medicinal herbs. “About five to six years ago, we tried to involve government officials in the sale of our produce. It did not prove to be successful. So we are now trying to market our produce on our own,” he adds.

Reeva agrees, “It would be better if the government itself approaches the farmers who are trying to bring in change and are taking up natural or organic farming in the state. When farmers go and approach the authorities, it slows down the process.”

Besides marketing and distribution, there are other problems such as the lack of quality seeds, and the hassles in seeking licences from various departments for setting up processing units, says another farmer from Nahan, Deepak Kumar, 36. Lack of quality planting material affected his yield and he faced difficulties in licensing, which disrupted his plans for setting up of processing units.

However, this innovative grower of tulsi, ashwagandha, amla, harer, baheda and nirgundi is determined. Having ventured into this field in 2018, Deepak says it is the prospect of better returns that lured him to herb farming and will make him stick to it despite these initial issues. “A tulsi crop on 1 bigha fetches 25-quintal crop, which gets Rs6,000 per quintal in the market, while paddy barely fetches Rs2,000 per quintal,” he says, explaining the rationale behind putting his faith in this form of farming.

Despite initial roadblocks, however, most growers are grateful for the recent initiative by various district administrations such as Kangra, Una and Dharamsala, offering to provide labour for cultivation of herbs through the rural job guarantee scheme. “If the labour component is provided through MNREGA, it would definitely help motivate more farmers towards growing herbs,” says Deepak.

With inputs from Lalit Mohan in Dharamsala, Ambika Sharma in Solan, Bhanu P Lohumi in Shimla and Ravinder Sood in Palampur