Hopes on Indian filmmakers in Cannes 2021 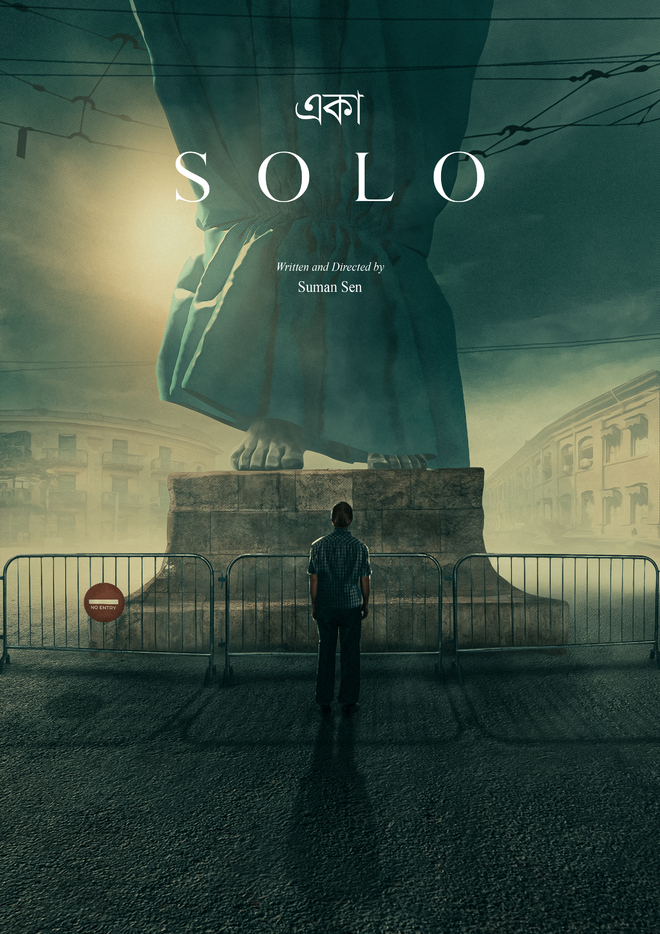 After a year that saw the announcement of a full complement of films but no physical screenings, the Cannes Film Festival is back with its 74th edition, amid a slew of Covid-19 protocols in place.

The Indian subcontinent — which is in the ‘red’ zone, posing a challenge to industry professionals and scribes from the region who intend to make the trip to the French Riviera — has two titles in the Official Selection. Bangladeshi filmmaker Abdullah Mohammad Saad’s ‘Rehana’ is in the Un Certain Regard sidebar. Indian documentarian Rahul Jain’s ‘Invisible Demons’ screens in the special Cinema for the Climate section.

‘Invisible Demons’is a 70-minute documentary about the grave repercussions of the indiscriminate urban expansion of Delhi and the impact of polluted air and water on the most vulnerable segments of the megacity’s population. “It is high time that films about the realities of climate change are given a platform,” says Jain, who grew up in Delhi and acquired an MA degree in Aesthetics and Politics from the California Institute of the Arts. “I do not like being labelled. I see myself as a young filmmaker who is reacting to the world around me.”

He says he is excited that “the cat is out of the bag and the film is going to play in Cannes”. He is keen to see how much ‘Invisible Demons’ communicates with the audience in Cannes, which begins from July 6.

The parallel Directors’ Fortnight 2021 includes Mumbai-based Payal Kapadia’s first fiction feature, ‘A Night of Knowing Nothing’. Scripted by the director with Himanshu Prajapati and lensed by ‘Laila Aur Satt Geet’ cinematographer Ranabir Das, the film is far removed from the Indian entries that the quinzaine has programmed in the past decade (‘Gangs of Wasseypur’, ‘Ugly’, ‘Raman Raghav 2.0’, all helmed by Anurag Kashyap).

The synopsis of ‘A Night of Knowing Nothing’ reads: “A university student writes letters to her estranged lover while he is away. Through these letters, we get a glimpse into the drastic changes taking place around her. Merging reality with fiction, dreams, memories, fantasies and anxieties, an amorphous narrative unfolds.”

This isn’t Kapadia’s first appearance in Cannes. In 2017, the FTII alumnus was at the world’s premier film festival with ‘Afternoon Clouds’, which featured in the Cinefondation short films competition.

Directors’ Fortnight has a history of selecting films that go on to win the Camera d’Or, the prize for the best first film screened across the different sections of the Cannes festival. On that list are Jim Jarmusch’s ‘Stranger Than Paradise’ (1984), Mira Nair’s ‘Salaam Bombay!’ (1988), Jafar Panahi’s ‘The White Balloon’ (1995), Naomi Kawase’s ‘Suzaku’ (1997), Bahman Ghobadi’s ‘A Time for Drunken Horses’ (2000) and Anthony Chen’s ‘IloIlo’ (2013). This year, our eyes will be on Payal Kapadia’s ‘A Night of Knowing Nothing’.

Kolkata-born Suman Sen, the third Indian filmmaker in Cannes this year, is in La Fabrique Cinema, an Institut Francais-sponsored mentoring programme for young directors, with his debut feature ‘Eka’ (Solo). “We are now one draft away from the shooting. The intention is to wrap up (the funding negotiations), so I’m staying over in Paris after the Cannes festival. The pandemic situation permitting, we want to start filming in mid-2022,” says Sen, who has been in advertising for 15 years.

Set in Kolkata, ‘Eka’explores the degeneration of the social fabric of India. The filmmaker says: “The film reflects the time I have lived in for the last couple of years: a time of hatred, intolerance and violence.” Sen recently completed the short film ‘The Silent Echo’, set in Nepal. ‘Eka’, an Indo-Bangladeshi-French venture backed by Arifur Rahman of GoopyBagha Productions, is one of 10 projects selected for La Fabrique Cinema.

In the Marche du Film (Cannes Film Market), the National Film Development Corporation (NFDC) will present seven projects looking for co-producers and financiers. The slate includes ‘Moving Bangladesh’, a film produced, among others, by Arifur Rahman.