How does one show ‘bhaava’ to a camera?

The first family of Kuchipudi dance, the Reddys feel only ticketed shows would be able to salvage the artistes in a post-pandemic world 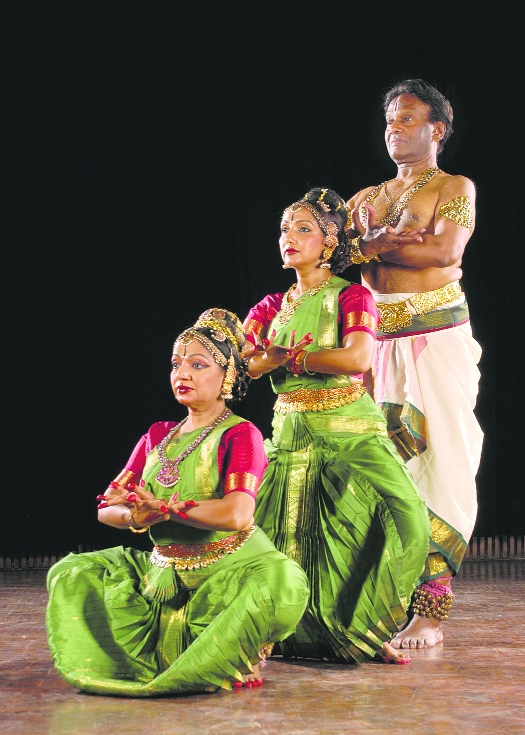 The first dancing duo in Indian classical dance, the first really popular solely Kuchipudi performers, the first joint Padma Bhushan awardees... Raja and Radha Reddy have many firsts to their name. In the 1960s, Kuchipudi dance was virtually unknown to the north of Vindhyas. Greats like Yamini Krishnamurthy and Indrani Rahman would occasionally include a Kuchipudi item like the famous thali dance (tarangam). The Reddys not only brought recognition to the dance form, but also a great deal of glamour. At the Queen Elizabeth Hall in London in 1974, after a performance with items depicting Lord Shiva, the press acclaimed the tall and handsome Raja as ‘The Black Shiva’. At a landmark performance at Avignon, France, the audience called them out nine times for standing ovations, and it was only after the duo did a shashtang namaskaram did the clamour die down. Sixty years after their debut, the tradition is being ably carried forward by the younger Reddys — Yamini and Bhavna.

“I was obsessed with music and dance as a boy and that obsession remains,” says Raja, adding that the last nine months have been hard for everyone. “Initially, we did try to put out some online performances to recorded music, but we did not enjoy it. How does one show ‘bhaava’ to a camera, how does one restrict one’s movements to its vision? Most importantly, the vibe from the audience was missing. Though the auditoriums are dark, we can sense their energy and hear their appreciation. The love we have received over the decades has pampered us and we really need that,” says Raja, who is married to Radha and her younger sister, Kaushalya.

While the trio has been keeping busy with choreographing new concepts and teaching online, Radha feels for the younger generation of artistes. “For someone who concentrated on the arts as a full-time career, it all stopped abruptly! Cancelled shows, no income,” she says, voicing her fear that young instrument makers may not choose to continue in the line. She says governments abroad have tried to support artistes, Germany, in particular. “In India, we just have too many artistes, too many issues. I feel it is important that ticketed concerts come back, especially in Delhi. That will help survive while gauging the worth of a performer.”

Recently, they took their 24-year-old festival, Parampara, online. Kaushalya, who curated the festival, tells that they relayed recordings of old performances. “We did not want to record new content where the artistes cannot give their best in the changed circumstances, without an audience. So, we used archival content,” she says.

Laudably, the Reddys have been passing on the tradition to the younger generation. Their elegantly constructed three-storey building houses a 30-year-old teaching institution that has made Kuchipudi one of the most popular dance forms in the Capital. “It was quite a task when we started. I didn’t realise it would involve so much work,” says Kaushalya, adding, “We have around 100 students at any given time; around 80 per cent of them being Punjabis! Interestingly, it was only when we took the troupe to perform at the Patiala Heritage Festival and were announcing the names of the dancers did we realise that we had so many Punjabis among us.”

But how do non-Telugu speaking disciples understand the lyrics? “Rajaji involves the students in the whole process while choreographing a piece and explains each line. It is not possible to dance and express the ‘bhaava’ without knowing the meaning. Also, since girls come to us from a very young age, around 5-6 years, it’s not that hard to teach them,” Kaushalya says.

On what the immediate future holds, Kaushalya laughs: “Being artistes, we are very spontaneous. We never plan too much in advance!”