How Partition impacted musical legacies in India and Pakistan 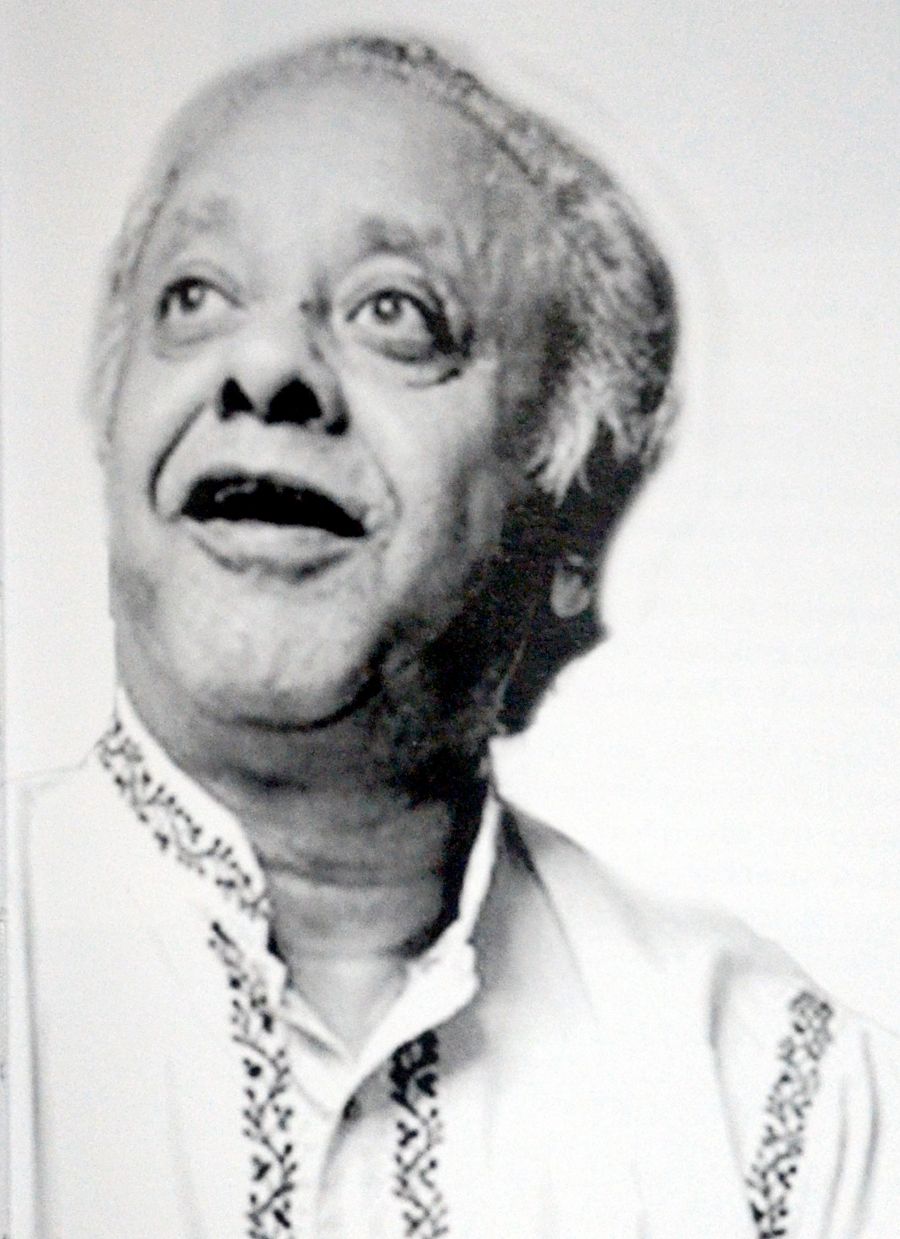 ‘If one child in every home had been taught music, India would never have been partitioned.’
— Ustad Bade Ghulam Ali Khan

MUSICIANS are a group for whom borders have always been fluid, if not entirely irrelevant, given their historic tendency to be constantly on the move, in search of audiences and patrons. This physical mobility is also tied to their institutional and social mobility. As social border-crossers, their musical knowledge can often help them overcome the negative cultural connotation of musicianship associated with the mirasis, Punjab’s caste of musician-bards, traditionally vilified by the region’s upper castes. Perhaps it was in recognition of this openness that 20th century Punjab’s most famous classical musician, Ustad Bade Ghulam Ali Khan, made the above statement, alluding to music’s potential to avert Partition and the violence accompanying it.

Unfortunately, Partition did take place, with calamitous and unintended consequences for the subcontinent’s musicians. Bade Ghulam Ali’s somewhat rhetorical statements about the music’s power are important at a deeper level too. One can read in his remark a celebration of the virtues of patience and the years of practice needed to become even a merely competent classical musician. This contrasts with the immense speed with which Partition was achieved and the havoc it created.

The division of the subcontinent instituted changes in the way music was conceptualised and patronised in the fledgling countries of India and Pakistan.

Lost in this division were trajectories and memories of Punjab’s classical music, especially dhrupad and khayal, genres that were equally popular in the 19th century and before. Undivided Punjab was a site of cosmopolitan music-making, where classical music was enjoyed universally across religious and class lines. In the documentary ‘Khayal Darpan: A Mirror of Imagination’ (2006), Ustad Badar-uz-Zaman of Lahore described to Indian filmmaker Yousuf Saeed the ‘zinda-dilan-e Lahaur’ (‘cheerful folk of Lahore’), an informal club of music lovers, constituted of cloth merchants, vegetable and meat sellers, who regularly hosted evenings of classical music in the city.

During Partition, there was a significant outflow of Hindustani music practitioners in Punjab, the majority of who were Muslim, westwards to Pakistan, primarily to Lahore. Chief among these were Amanat Ali-Fateh Ali, and Salamat Ali-Nazakat Ali, representatives of the Patiala and Sham Chaurasi gharanas, respectively. Patiala, Sham Chaurasi (in Hoshiarpur district) and Jalandhar were all major centres of classical music excellence.

While Punjab and Bengal were the two provinces to be partitioned, there were equally significant waves of migration of Muslim musicians to Pakistan from Delhi, UP and Bihar, and also from cities like Bombay and Calcutta. Prominent examples include the legendary sarangi player Ustad Bundu Khan of the Delhi gharana and the great Kirana gharana vocalist, Roshanara Begum. The largest migration of Punjabi musicians occurred from Amritsar and Patiala to Lahore.

Marketing music as an ancient Hindu cultural symbol representing the new India to the rest of the world, India placed a greater emphasis on fostering the classical arts. This contrasted with the more reticent approach towards classical music in Pakistan, which sought to define a new cultural identity itself, separate from any purported Hindu connections. These attempts resulted in the Islamicisation of music in Pakistan, which attempted to rid music of its Hindu referents.

Thus, despite greater state patronage for classical music in India, the exodus of the multitude of talented Hindustani music practitioners to Pakistan was a major loss. Equally, in Pakistan, refugee or Mohajir musicians had to confront the loss of a keen audience of music connoisseurs and patrons. This disquiet was to such a degree that in the decade following Partition, the great Roshanara Begum threatened to give up riyaz (daily practice) altogether. In response, the Lahori notable Hayat Ahmed Khan launched the six-day All Pakistan Music Conference (APMC) in 1960, a festival that continues to this day. Recordings from across six decades of the APMC are available on SaareyMusic, a website launched by Khan’s grandson Faraan Irfan in 2019.

Apart from the lives of musicians, Partition also left an indelible mark on the popular music of the 1950s. A song from the Punjabi film Madari (1950) opens with witty lyrics that ironically capture the reversal of fortunes suffered by Partition refugees:

[‘Those who were millionaires yesterday, have today not a penny

Then let us embrace each other, and sing the praises of freedom’]

Composed in a lilting, carefree folk tune by Ustad Alla Rakha, the prominent tabla exponent of the Punjab gharana, with lyrics by Aziz Kashmiri, this song elaborates the twin emotions of forbearance and humour experienced by the Partition generation. Songs like this would have resonated with Punjabis across the newly created borders, and appreciated for its use of humour in dealing with the gruesome reality of Partition. The story of the very survival of the soundtrack of Madari highlights cross-border connections, especially the role played by diasporic South Asians in subverting the hard borders of 1947.

Respected Kashmiri translator, scholar, TV and music producer, the late Firdous Ali, helped the family of Alla Rakha. Apparently, the only copy of the film had perished in a fire at the Bombay archives. Attempts to locate the film in Pakistan (where the film had been popular) proved equally futile. Ultimately, it was Firdous Ali who located rare recordings of the songs in Southall in London and presented them to Khurshid aapa (Ustad Alla Rakha’s daughter and Ustad Zakir Hussain’s elder sister), who then passed it on to her father in Bombay. Ustad Alla Rakha’s joy knew no bounds.

This story highlights how, in direct contrast to the popularly available antagonistic histories of India and Pakistan, there was an equally significant strand of connected histories with clear evidence for a broader South Asian musical citizenship and custodianship persisting across borders.

For musicians affected by Partition, one can see the existence of a double nostalgia: the first, for a better time of musical patronage and audience appreciation; and the second, for the undivided cosmopolitan space of pre-Partition times. This is exemplified in accounts of musicians like the late Md Hafeez Khan Talwandiwale, whose Sikh patrons left west Punjab in 1947. While recounting memories of his forefathers’ remuneration in pre-1947 Punjab to researcher Khalid Basra in 1996, Talwandiwale stressed financial abundance to such a degree that apparently his family could ‘play hockey with fruits’!

A similar nostalgia for pre-Partition times is evident in the life of Ustad Bade Ghulam Ali Khan. Disillusioned with the top-down Islamicisation of music in Pakistan, he moved to India in 1957 for professional reasons, where he was granted Indian citizenship thanks to the intervention of leaders like Morarji Desai and Jawaharlal Nehru. The move to Bombay brought him greater professional acclaim and opportunities. However, this came at the cost of separation from his extended family back home in Kasur and Lahore, a pain he felt keenly to the end. He died in Hyderabad in 1968. A citizen of both Pakistan and India for 10 years each, Bade Ghulam Ali can, perhaps, be best identified as a musical citizen of South Asia.

Music festival organisers in both Punjabs have played an important part in hosting musicians from across the border: whether the late Ashwani Kumar at the Harivallabh festival in Jalandhar, Navjeevan Khosla in Chandigarh, or Raza Kazim in Lahore, and Hayat Ahmed Khan and his daughter Dr Ghazala Irfan at the All Pakistan Music Conference (APMC). These festival organisers have been friends across borders and custodians of musical heritage of the ‘other’ community.

Such festivals were important platforms for audiences to listen to their favourite artistes across the border. For example, after Partition, legions of Roshanara Begum’s fans left behind in India, especially Bombay, yearned for her performances. However, she rarely travelled to India. An exception was the Harivallabh festival, where she agreed to travel on the request of Ashwani Kumar, a pre-1947 comrade of her policeman husband, pointing to the continuity of pre-Partition friendships.

With the crumbling of Sikh rule in 1849 followed by a century of British rule, the culturally rich city of Lahore lost out on the chance to have its own musical gharana — musicians employed at Ranjit Singh’s court were absorbed by the neighbouring Jaipur and Patiala courts. Thus, the new state of Pakistan itself had no cities boasting of independent gharanas of their own (the Kasur lineage being intimately connected to the Patiala one). As a result, the names of Indian Punjabi cities — Sham Chaurasi, Patiala, Kapurthala and Talwandi — continue to represent the gharanas of music practised in Pakistan: all founded by the majority of east Punjabi classical musicians who migrated westwards to Pakistan in 1947.

At a musical mehfil in early 1947 in Delhi, the famous sarangi player Ustad Bundu Khan played Raag Deepak, believed to hold the power to ignite fire. He did so despite objections from his cousin, Ustad Chand Khan, the prominent Delhi gharana vocalist. Later that year, the fire of mass violence spread across the land, consuming all of South Asia. Chand Khan blamed his cousin unequivocally, exclaiming, ‘I did tell you, didn’t I, not to play this sinister (manhoos) raag?’

Partition affected this musical family, as it did several others. While Chand Khan remained in Delhi, Bundu Khan eventually migrated to Pakistan to join his sons; and died in Karachi in 1955. The Raag Deepak story reveals how musicians viewed the frenzy, insanity and fire of Partition in 1947, understanding it in musical terms, beyond the rational explanations of high politics.

South Asia is never more in need of Raag Megh’s cooling powers than in 2022, given the continuing ban on performances by Pakistani artistes in India, or the attacks on musicians by Islamist groups in Pakistan.

— The writer is a historian based at University of Sheffield, UK