India’s joint win in the Chess Olympiad shows the game has deep roots in the country. But there are only 4 Indians in the global top-100 and our young players must work to reach the next level 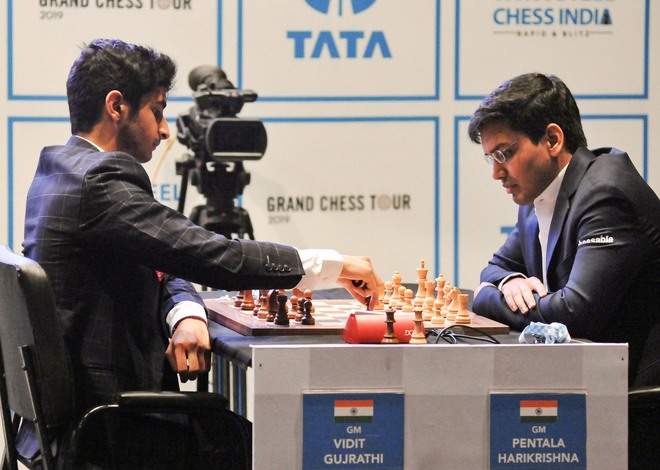 Reigning World Rapid champion Koneru Humpy was finally forced out of her social media hibernation to accept the new world. She prefers to concentrate on her game or her young family, but to celebrate the Indian team’s ‘historic’ gold at the FIDE Online Olympiad, the queen of the chessboard broke her social media exile.

The customary ‘thank you’ replies to influential stars and politicians were followed by a message to her fans about the existence of a fake account. “Following account is not mine: twitter.com/HumpyKoneru. I request Twitter India to take appropriate action,” Humpy, world’s No. 2 ranked woman player, wrote on her verified Twitter page.

This was unlike anything the 32-year-old star with a FIDE rating of 2586 had done, but with the surge in interest in chess, she realised she had to get real online. “I was never interested in social media. I always knew there was a fake account but I never really bothered. But after this victory, many wanted me to respond to fans so I thought OK, I should better clarify now,” said Humpy, who played a stellar role in the Indian team’s passage to the final by clinching the tie-breaker against Poland.

If the discussion on her new dalliance with social media brought a big chuckle over the phone, Humpy broke out into laughter when describing how fans, mediapersons and everyone got involved to solve the power outage issue that caused defeat from a seemingly winning position for both her and captain Vidit Gujrathi against Mongolia. The duo lost on time after the power breakdown.

The minor setback got both Gujrathi and his deputy Srinath Narayanan to use their connections to ensure that the team suffered no such misfortune in the knockouts. As a result, an engineer and a line worker were positioned near Humpy’s house in Hyderabad for every game and Viswanathan Anand’s apartment complex in Chennai saw no power outage.

“This, perhaps, was the first instance where everyone joined hands... Many from the media used their contacts with the local internet guys (to ensure connectivity) and even the fans helped out,” Humpy explained.

“We never got such attention before. But this Olympiad is historic as everyone will remember this for a very long time,” she added.

It was indeed historic — the tournament began in 1927, and India debuted in it at Moscow in 1956 and promptly finished at the bottom of the pile. But an Indian had figured in the tournament previously — Sultan Khan, of Sargodha in the undivided Punjab, played at three Olympiads for England.

India won a medal for the first time in 2014, when the team of Parimarjan Negi, P Sethuraman, K Sasikiran, B Adhiban and Lalith Babu finished third behind China and Hungary.

India’s greatest player, Viswanathan Anand, had not prioritised this event; he played in the biennial tournament five times in a row from 1984 to 1992, and then in 2004 and 2006, before making a return in 2018. His best is a individual silver in 2004, the year he took India to their then best of sixth position. But Anand was not India’s first medallist at the Olympiad — that honour goes to Rafiq Khan, a carpenter from Bhopal, who won a bronze on the 3rd Board — ie, among designated third-best players in all teams — in 1980.

Anand was wise to focus on his individual career as he was challenging for the world title, which he won several times; also, he probably did not have the motivation to compete in a tournament in which most of his teammates would be floundering.

However, as the GMs inspired by him became stronger, India’s standing in the world of chess improved. India were ranked No. 7 for the Online Olympiad — a sign of the depth of talent in the country. And this time, India had an ace up their sleeves — the top-class teenagers.

For the first time, junior boards were included this year — each team had to have one male and female player aged 20 or below. This proved advantageous for India as several talented youngsters such as Nihal Sarin (age 16, with ELO rating of 2620), R Praggnanandhaa (16, ELO 2608) and Raunak Sadhwani (14, ELO 2545) have emerged in the past few years. India has added an impressive 21 GMs in the last three years — and eight of them were in the 10-19 age-group when they got their final GM norm.

When called into action at the Online Olympiad, the teens held their own. Nihal beat Igor Janik in the semifinals against Poland when many of the accomplished names in the team, including Anand and Gujrathi, lost.

The other thing that clicked was the team spirit. “It was easy. Both Anand and Humpy are legends and made my life very easy, practically left all the decisions to me,” captain Gujrathi explained.

Observers are quick to point out that while getting on the podium as joint winners with Russia (seven-time winners, plus 18 times as part of USSR) is big, a full-fledged Olympiad, where the top-five ranked players of a country participate, would be another ball game altogether.

International Master V Saravanan is delighted but also cautious. “US did not make it to the final because Hikaru Nakamura and Fabiano Caruana were not in the team. When teams like Russia, USA and China compete with their full bench strength, then India is out of contention,” Saravanan said. “But there is no denying that it is a significant achievement as they finished joint first amongst 163 countries.”

The Covid pandemic has given a big fillip to India’s booming chess fraternity. More than 69,000 Indians were logged online to watch the final. Websites like ChessBase India and lichess.org and talk shows by Suryashekhar Ganguly had fans riveted to their screens.

“There is a feel-good factor. There is a lot of online activity because of the pandemic. You have more than 150 GMs playing Title Tuesday, which is featured on chess.com. It is here Arjun Kalyan beat Alireza Firouzja, who is touted as Magnus Carlsen’s next biggest contender,” Saravanan said.

Gujrathi is hopeful of a golden future. “We cannot sit on this thinking we have talented young players,” he said. “We have to have a proper system so that the talent doesn’t go to waste. Olympians train for four years to have one shot at glory. We need a similar professional approach.”

At present, it is all down to individual effort. And the fact that Anand, in his 51st year, is still easily India’s best, despite obvious decline, speaks volumes. Since he became India No. 1 in 1986, only Pentala Harikrishna was able to overtake Anand, albeit for only one day in 2016! The juniors need to work hard to catch him before trying to catch the world.

“People like Vidit, Praggnanandhaa and Nihal are on par with Anand’s talent when he broke out. But talent almost doesn’t matter after reaching the 2700 rating mark. A person’s approach, how happy and settled he is in life… Things like these will decide careers,” Saravanan said.

India have four GMs in the world top-100 — the number is 24 for Russia, 10 for USA and nine for China. Ex-USSR countries such as Armenia and Azerbaijan have five each. It’s clear that while possessing 66 GMs is impressive, to become a real chess power, India must get more of them in the top-100. The pre-teens and teens have their task cut out.