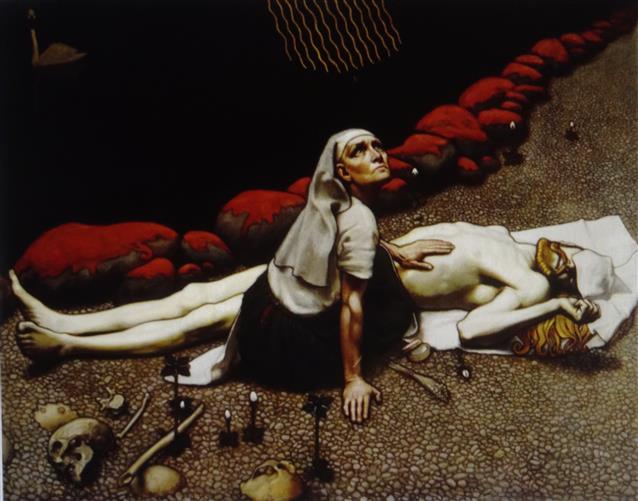 A deeper and more esoteric meaning of the Kalevala points to a contest between Light and Darkness, Good and Evil; the Finns representing the Light and the Good, and the Lapps, the Darkness and the Evil.
— John Crawford, translator of the Kalevala

The sum of all that I know about Finland can be accommodated in one miserly little paragraph. Sibelius, the great composer, and his wonderful piece, ‘Finnlandia’, I know a little, for I used it as an overture somewhere once; two great architects from that land — Alvar Aalto and Erie Saarinen — I have keen awareness of, even though I have seen truly little of their work in the flesh; the incredibly sleek and elegant Finnish sense of design I have great weakness for, and even tried very hard once to get passed a proposal of an institute from there to locate a school of Finnish design in the still-born ‘Knowledge City’ that the Chandigarh Administration had once dreamt of; and I used to love the Moomins, that great hippo-faced cartoon family that Tove Jansson created for everyone’s delight. Whether it is the ‘Happiest Country in the World — ‘officially’ it is — I do not know, but I am greatly drawn to it.

I am drawn to it even more now, having recently discovered and partly read Kalevala, the national epic of Finland. Like almost all great epics — the Ramayana and the Mahabharata from our own land, for instance; the Iliad and the Odyssey by Homer of Greece; the Aeneid of Virgil from Italy, the German Niebelungenlied, the Scandinavian Beowulf — it existed in oral form for centuries together, being sung by bards in their own versions and recited by poets, before being written down and given what might be called a final shape. The interesting thing about the Kalevala is that it came to be given a written form only as late as the 19th century and much of it through the efforts of a Finnish doctor and folklorist — Elias Loennrot — who travelled, like a person possessed, throughout the Finnish-Russian borderlands, recording the lyrics, ballads, charms and epics, sung by the rural folk, and turned them into a coherent whole before publishing it in 1835. The work was instantly recognised as the voice of ancient Finland and was hailed as a ‘literary epic which fired the imaginations and the national consciousness of the people of Finland’.

There is, as can be predicted, heroism in the national epic — Kalevala, in fact, means the ‘Land of Heroes’ — and there are all those other things: the beginnings of creation, battles, conquests, magic, sorcery, deceit, betrayal, jealousies, divine whispers, unexpected happenings, heroes born of the Sky and growing up among Waves, evil spirits entering the bodies of monsters and then being thrown out. It may not be possessed of all the ‘lakshanas’ that are generally said to mark an epic — invocation of a muse, statement of theme at the beginning, use of varying epithets, divine intervention in human affairs, the tragic hero’s descent into the underworld, among them — but it certainly does feature one of the most important ones: it has heroes that embody the values of its civilisation.

The story of Suomi — that is the name the Finns use for their land — told in this epic is long and complex and the names of the characters that it features are hard to pronounce — hard even to spell sometimes. There are 50 cantos in the text. In the very first, the Earth is created from the shards of the egg of a golden eye and the first man, Wäinämöinen, is born to the goddess Ilmatar. It is he who brings trees and life to the barren world, he who walks the world like he owns it, plays on his harp-like kantele, and when he sings, the Sun and the Moon descend from the skies to hear him. He travels to the north to the land of Pohjola in search of a bride, daughter of Louhi, mistress of the north whom he promises to get a great smith who would forge the magical Sampo for her. The Sampo — nobody can quite define it but it is an artefact which can confer, like the kalpavriksha of our own myths, anything that is sought from it — its possession and its loss becomes, at times, a central motif in the epic. But nothing gets settled and Wäinämöinen is on his travels again. Other figures come in: the impulsive but lion-hearted Lemminkainen, for instance, who gets killed but whose limbs are put back together by his mother; the impish but greatly gifted Kullervo appears, commits a sin, but attacks and conquers Pohjola except that Louhi, mistress of that land, refuses to hand over the Sampo which had brought such prosperity to her land. The heroes then think of a stratagem and steal the Sampo but in the struggle that ensues, the Sampo falls into the sea and is lost. It has still not been found.

This is how it goes, or approximately does, in the Kalevala. But it is in the telling of the tale, in lilting verse, that the beauty of the epic really lies. There is gentleness in the tone, and human warmth. Whether in the original Finnish, or in its beautiful English translation by John Crawford, ‘language-masters’ regard it as “one of the most precious contributions to the literature of the world”. I absolutely love the quiet, whispered way in which it trails off at the end.

“Now I end my measured singing,” the minstrel says:
Bid my weary tongue keep silence,
Leave my songs to other singers.
Horses have their times of resting
After many hours of labour;
Even sickles will grow weary
When they have been long at reaping;
Waters seek a quiet haven
After running long in rivers;
Fire subsides and sinks in slumber
At the dawning of the morning
Therefore I should end my singing,
As my song is growing weary,
For the pleasure of the evening….