Pastoralism contributes strongly to rural economies, but this wealth is not translated into development. A few nations now formally recognise herders’ rights to their grazing lands or integrate them into their rural development policies, but in India there is no official pastoral development policy. 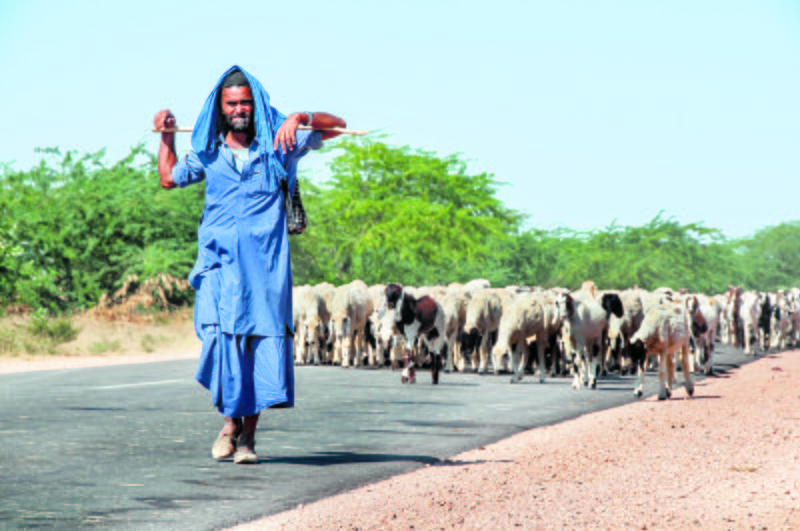 THE growing scientific consensus on inevitable climate change and its potential impact on mankind has kindled the vision of a global green economy for the past few decades. Transitioning towards this new economic paradigm entails developing strategies for economic growth without jeopardising the natural resource base as well as social equity. This requires legitimate emphasis on economic activities that offer lessons for a sustainable future. Pastoralism — the often mobile, extensive keeping of locally adapted animals on rangelands — is one such widely recognised economic activity and has been scientifically endorsed to be crucial in improving environmental health. Besides, the herds that pastoralists tend have been found to reduce the chances of forest fires by reducing biomass; similarly, the services of pastoral communities in seed dispersal and maintaining balance with nature are now being understood.

Pastoralism contributes strongly to rural economies, but this wealth is not translated into development. A few nations now formally recognise herders’ rights to their grazing lands or integrate them into their rural development policies, but in India there is no official pastoral development policy. With the declaration of 2026 as the International Year of Rangelands and Pastoralists, there is hope that the great contribution of these stewards of rangelands to sustainable food security will be recognised.

However, theses custodians of rangelands face a range of problems. Vast expansion of mechanised agriculture and encroachment upon common lands in villages caused shrinkage of common grazing and rangelands at an alarming rate, making it difficult for pastoralists to rear animals. Further repudiation of their existence in official documents of countries such as India has not only added to their marginalisation, but is also threatening the sustainable production system as well. Acknowledging that the efforts to achieve sustainable rangelands and pastoralism need to be rapidly scaled up to significantly impact the realisation of Sustainable Development Goals, the UN General Assembly has declared 2026 as the International Year of Rangelands and Pastoralists.

As per a report of the International Union for Conservation of Nature, Switzerland, pastoralism is practised in more than 75 per cent of the world’s nations; however, data on the number of these extensive livestock-keepers is highly ambiguous. Some reports estimate that globally 100 to 200 million people are pastoralists, yet the figure could be closer to 500 million. In India, 35 million pastoralists are often reported, though without any official source, to manage more than 50 million livestock. The League for Pastoral Peoples and Endogenous Livestock Development (LPP), in its recent report released in 2020, claims that the actual number of pastoralists in India is around 13 million only.

India, with around 46 distinct pastoralist identities, is a blend of pastoralist cultures. These rangeland managers are present in all parts of the country: from the high-altitude deserts of Ladakh to the Thar desert in the west. However, ‘pastoralism’ is not an official category in India. Therefore, perhaps, little effort has been made to protect their resource base. Moreover, the authorities, out of fear of potential damage to forests, often restricts their entry in forest-grazing areas. Studies have also indicated that pastoralists are among the groups most vulnerable to climate change across the globe. However, pastoralism has shown itself to be outstandingly resilient to all constraints and is even reportedly expanding in some areas, for instance in the Deccan Plateau, to respond to the growing urban demand for meat.

Pastoralism is also well-integrated with the crop production system. Organic manure distributed by their herds across the landscape or on fields where animals are penned becomes an ecosystem asset which is vital for restoring soil fertility and natural farming. For some herders, manure is actually their principal source of income, as farmers compensate them for this service in cash or kind.

Carbon and water footprints of pastoral systems have been scientifically proven to be next to nil. Studies have indicated that the rangelands also store around 30 per cent of the world’s soil carbon — more than the total in the atmosphere. Considering the natural rate of carbon emissions from rangelands and the positive environmental externalities of pastoralism, the system has lower emissions per unit of production than other livestock production systems. Therefore, conserving rangelands and mainstreaming pastoralism into national policies and plans would be imperative to capitalise its potential for green economic growth.

Pastoralism contributes strongly to rural economies, but this wealth is not translated into development. A few countries now formally recognise the herders’ rights to their grazing lands or integrate them into their rural development policies, but in India, till date, there is no official pastoral development policy. Pastoral organisations and NGOs have not been yet able to raise their voice at the national level. Despite the odds stacked against them, with the declaration of 2026 as the International Year of Rangelands and Pastoralists, there is rising hope that these stewards of rangelands in India will also be benefited from global recognition for their immense contribution to sustainable food security and ecosystem services.

Improving pastoralist representation in the decision-making process, protecting their communal land rights and linking the government with customary institutions are broadly suggested cost-effective strategies to address their hardships. Besides, expertise of research organisations concerned such as Jhansi-based ICAR-Indian Grassland and Fodder Research Institute can be used in developing grasslands and rangelands to support the ecologically benign way of livestock-keeping. Lastly, investments must be tailored towards research and development plans for rangeland and pastoralism to harness their unique economic and environmental services.

Choudhary is a scientist at ICAR’s Indian Grassland & Fodder Research Institute, Jhansi; Chandra is Director of the institute. Views are personal