Dialects of Malwai and Majhi are so dissimilar, it is not funny 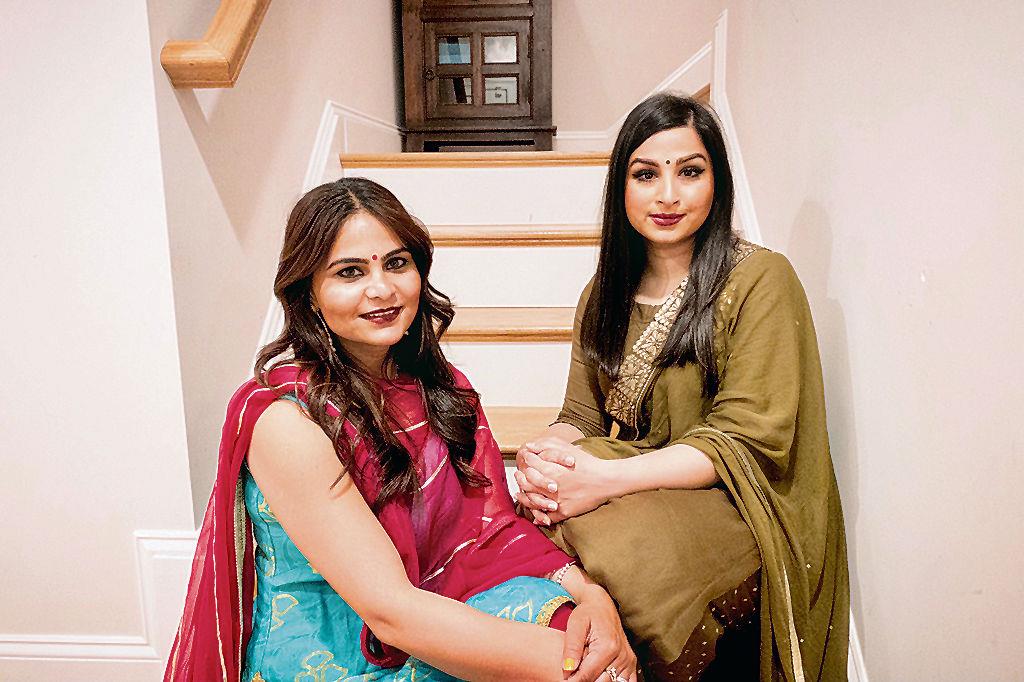 US-based Raji (L) and Veenu recently came out with a video, Majha Vs Malwa, highlighting the differences in the two dialects.

Divided by Beas and Sutlej, Majha and Malwa regions of Punjab have largely been united in culture. The nitty-gritty, the finer points, however, have always been a bone of contention, sometimes in a lighter vein, but, not always! As lockdown tethered them to their homes, NRIs Raji and Veenu, who go by their first names in their virtual lives, engaged in a light banter to bring out these nuances in their video series, Majha Vs Malwa, which went viral on the now-banned TikTok and was shared on WhatsApp around here so many times. The videos are now part of their YouTube channel, Sadi Life.

In the three-part vlog, the sisters-in-law engage in a war of words. Raji, who hails from Malwa, starts off with a random word in Malwai and Veenu gives a Majhi word for the same. And while it begins with basic words such as roka and thaka for engagement, shalgam and gonglu for turnip, khaaj and khurk for itch, it gets complex. There are words you haven’t heard; tones underlining the difference. It is as much fun as it is enlightening. If the street is called bihi in Malwa, it is gali in Majha; anger is aakad in Malwa and duss in Majha; if Malwa-wallahs call a corner khunja, in Majha it is nukkar; a sua (a smaller canal) turns nkhasu as you look towards Amritsar; haday (pleas) are tarlay in Majha; if the ubiquitous broom is radka in Malwa, it is bokar in Majha!

YouTube channel, Sadi Life, was launched in 2019 by three brothers — Kulvinder Singh, Preet Gill, Navjit Singh, and their brother-in-law Sarab Singh. They wanted to share glimpses into their North American Punjabi lifestyle. It was during the lockdown that Raji and Veenu, who have been in the US for 20 years, got involved.

Born and bred in Patiala, Raji hails from Malwa whereas Veenu is from Amritsar, Majha region. They say the idea of Majha vs Malwa was derived from their own confusions and understanding, rather misunderstanding, of each other’s dialects. Sometimes Veenu would ask Raji for something, but Raji would have no idea what to do since she didn’t understand Majhi and vice versa. “We decided to make a TikTok and YouTube video for entertainment purposes, comparing and contrasting our two different dialects. Much to our surprise, the video went viral and was shared on all major social media platforms,” says Raji. The family was flooded with phone calls from relatives and friends settled worldwide.

The videos evoked mixed feelings in people — it was fun for some and overwhelming for others. “People were thrilled that we brought back words they hadn’t heard since childhood and were perhaps in danger of extinction from the vocabulary of next generation of Punjabis,” says Veenu.

After the first video went viral, people wanted more and some even suggested as to which words to include in the next vlog. Some wanted a Majha vs Doaba, which they followed up with shortly. The duo says it feels proud to have represented its language in such a way and to have started a dialogue about its preservation. “We enjoy making videos exploring various idiosyncrasies of Punjabi culture. We also like to discuss topics such as mental health, that might be considered taboo.”

Raji and Veenu say they take pride in celebrating Punjabiyat every day even as they live away from their homeland. “It’s wonderful to share our rich language, culture, and heritage with the world. It doesn’t matter where Punjabis reside on this planet; we are all connected at the heart!”