Many new releases in 2021 but filmmakers wary

Business research analysis and consultancy firm Omdia says Rs3,000 crore is expected to be invested by the three main OTT players in original content. Other trade pundits estimate an investment of another Rs2,000 crore by the rest 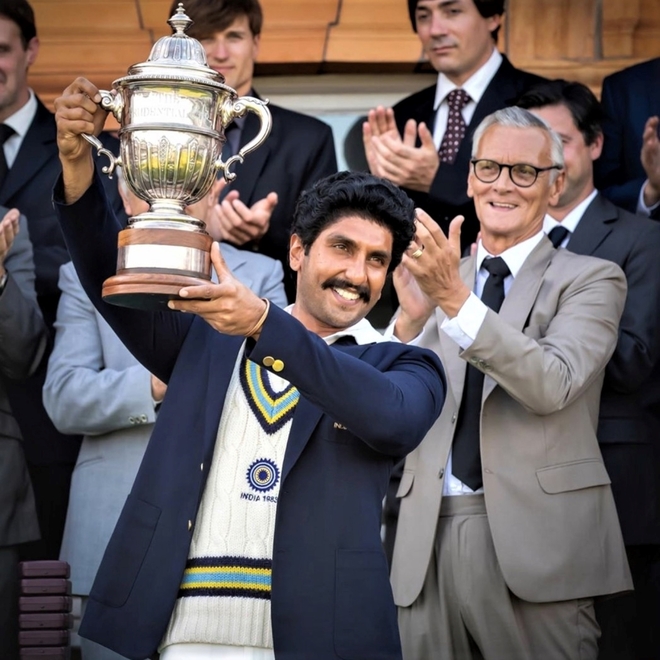 The pandemic put a pause to everything. For those stuck at home during the lockdown, entertainment made life bearable. However, despite providing solace to millions, the entertainment industry suffered losses to the tune of thousands of crores. As the year turns and a new decade begins, the behemoth called Bollywood is also ready to unspool in the new normal. Many big-ticket films, stuck up for release last year such as ’83 and Sooryavanshi, will see the light of the day, and a slew of new films is also likely to be released in 2021.

The pandemic might be far from over but film-makers are in an overdrive, as shootings have begun in full earnest. In fact, shooting of films like Dhamaka and Bellbottom have been wrapped up in a single schedule. Ranveer Singh is believed to be working round the clock to finish Rohit Shetty’s Cirkus. Producers are thinking of newer strategies to beat the Covid blues, while keeping up the guard. Umesh Shukla, whose movie Aankh Micholi was ready last year, had insisted earlier that he would release it only in cinema halls. He would still wait and watch than announce the release date.

The biggest challenge as of now is to draw people to theatres. While cinema halls opened in October last year in most parts of the country, no big maker found the nerve to release his or her film. Some Hindi films like Suraj pe Mangal Bhari, Indoo ki Jawani and Shakeela did release, but fared dismally at the box office, reiterating the fears of producers. Hollywood, however, took the plunge and Christopher Nolan’s Tenet became the most watched film post-lockdown in India, selling over three lakh tickets. However, the figures were not enough to inspire box office confidence and the tepid response to Wonder Woman 1984 did not help matters. Noted trade analyst and critic Taran Adarsh, while reiterating that the magic of cinema can never be replicated, asserts, “Among the biggies, the question now is who will bell the cat.” The chances are Rohit Shetty’s Sooryavanshi will set the ball rolling and may well set the cash registers ringing. Could one film reverse the fortunes? Adarsh says only a heavy flow could change the tide.

To keep the momentum going, there’s much in the offing — Ranveer Singh’s ’83, Aamir Khan’s Laal Singh Chaddha, Salman Khan’s Radhe as well as Antim, and the much-hyped and delayed Sooryavanshi, starring the ever-dependable Akshay Kumar, who has also wrapped up Bellbottom. Ajay Devgn, whose Tanhaji was the only superhit in 2020 before Covid struck, has his Maidaan lined up for release as well. An estimated Rs1,600 crore is riding on 15 films, with nearly Rs500 crore on Akshay alone.

Clearly, much rides on superstars. Only the definition of stars might have changed. The new post-Covid entertainment world, dominated and driven by OTT platforms, has given birth to a bevy of new stars. So, for Ashoke Pandit, president of the Indian Film & Television Directors’ Association, Pankaj Tripathi is as big a star as any.

Atul Mohan, editor of trade magazine Complete Cinema, however, does not see a major dividing line between the big-screen stars and OTT stars. New stars such as Pratik Gandhi and Divyenndu may be in the limelight this year, thanks to OTT platforms, but Mohan points out, “Stars are made on the silver screen. Divyenndu was first noticed in Pyaar Ka Punchnama. Had that not been a runaway hit, he would not have been seen anywhere.” Besides, he adds, “Aren’t the makers the same anyway. It was Farhan Akhtar’s Excel Entertainment which gave us Gully Boy and also Mirzapur.”

He says the makers will now have to up the game even more and understand more deeply what works on OTT and what can rustle up the magic on the screen. 2020 saw major OTT platforms pick up movies that could not be released as cinema halls were the first to close and last to reopen. Nearly 20 films had a digital premiere. Most of these, including Sadak 2, were dubbed a “disaster” by trade analysts. Mohan is right in assuming, “A rethink on what kind of content they acquire is on its way.”

As the digital medium becomes a byword for entertainment, the streaming platforms are in an aggressive mode. According to London-based business research analysis and consultancy firm Omdia, Rs3,000 crore is expected to be invested by the three main OTT players in original content. Other trade pundits estimate an investment of another Rs2,000 crore by the rest. Adarsh, too, agrees that in future, films like AK vs AK and Bulbbul, both Netflix originals, will remain more suited for the OTT.

But even for theatrical releases, content is in for a major reshuffle. It’s not just Ayushmann Khurrana who says that good content will rule, Pandit too agrees. “During the pandemic, new habits have been formed and the audience’s tastes have undergone a massive shift. You can’t make a film of yesterday and expect it to work today.”

Producer Anand Pandit’s two films, The Big Bull and Chehre, are lined up for release, the former on OTT and later set for theatres. He reveals, “The entertainment industry is evolving every day. The pandemic has definitely redefined how the industry works, creates, markets and showcases cinema.” In 2021, he believes, there would be a fresh wave of cinema with simultaneous release of films in theatres and on OTT platforms. In Hollywood, Warner Brothers has signed a similar deal with HBO Max, inviting much criticism from directors like Christopher Nolan. In the Indian context, Anand says such a deal “will benefit the industry because we would cover our bases and cater to all kinds of audiences.”

Yet another beneficial move could be scaling down the budgets. Murmurs about it are being heard though some films like YRF’s historical drama Prithviraj can’t be expected to cut corners. Nor can you expect an SS Rajamouli to think less than mega budgets. His RRR may not be releasing on the anointed date, yet its budget remains a staggering Rs350 crore.

A cut in the star fees, what with superstars often commanding a price three times that of production, ought to be a natural corollary to offset trying times. However, as star status is directly proportional to the price a star commands, no big actor would admit to taking a cut. Adarsh feels it’s too early to talk about stars taking a cut. But the industry is likely to be hit. According to a KPMG report, the film segment will contract by 67 per cent over FY'21.

So what is the way forward? A drop in ticket price, as Shukla suggests, will help draw audiences. But cinema hall owners are already staring at huge losses. Full occupancy in theatres, expected by March, too, could be a positive catalyst.

Downsizing the public relations and marketing budgets, say insiders, is already happening. All welcome variables, but the footprints of 2020 will not be easy to erase. Mohan says, “Films won't be entering the Rs100 or 200 crore club anytime soon.” Optimism rules though. Adarsh feels, “The losses of 2020 will not be easily covered. But a reset button has been set.”