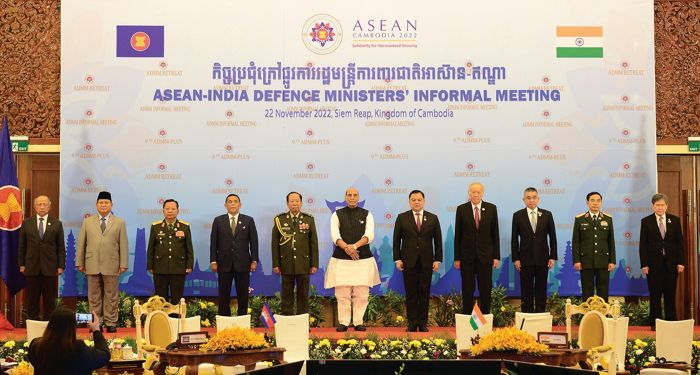 The Indo-Pacific region, covering the geographic areas of the Indian and the Pacific oceans, has gained salience and prominence in the last five to six years. The region has also become central to geopolitical and geoeconomic cooperation, competition and rivalry. It is the new centre of gravity for economic growth and contributes over 60 percent of global GDP and global growth. The rise and assertiveness of China, the ongoing US-China strategic competition, and the rapid growth of the Chinese PLA Navy and other military capabilities have been part of key drivers for speedy transitions in the region. Several new partnerships and frameworks, like the Quadrilateral comprising Australia, Indian, Japan and the US, the AUKUS comprising Australia, the UK and the US,the China-Russia partnership, have been formed. In addition, trilateral and bilateral arrangements have been forged, in different sub-regions of the Indo-Pacific. There has also been an increase in naval deployments and exercises, as well as setting up of new military bases and access facilities.

India's maritime interests and challenges have grown significantly, in recent times. It has accorded priority to maritime security and cooperation. In 2015, India outlined the concept of SAGAR - an acronym for Security and Growth for All in the Region. It launched the Indo-Pacific Oceans Initiative or IPOI in 2019. In addition to focusing on its own defence and security from the threats posed by its adversaries, India has a key role to play to strengthen stability, security and safety in the Indo-Pacific. Through various frameworks, it has sought to promote development-linked cooperative security in the region. It is opposed to any coercive approaches or behaviour, which undermine strategic stability. Its balanced approach for a free, open and inclusive Indo-Pacific, without being part of any military alliance, has been appreciated by many countries.

The Indian economy is expected to sustain its current growth trajectory, with corresponding increase in its trade which is mostly by sea. With new initiatives, investments and financial arrangements, the overall engagement in the region has gone up manifold and is set to rise further. In consonance, the Indian Navy's areas of operations for a variety of maritime roles have also expanded. These deployments are in addition to its own peacetime preparations and exercises for combat and operational readiness. It is evident that with increasing role of India at the regional and global levels, the new importance and relevanceof the maritime domain, and existing as well as emerging threats and challenges, the growth of the Indian Navy and its capabilities will serve the larger national goals and objectives.