Media-manufactured hate in times of riots 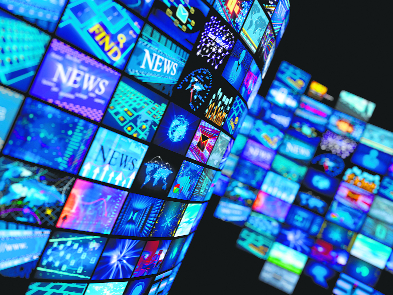 The recent violence that consumed Delhi forces us to confront a horrific if familiar truth: media-constructed ‘enemies’ eventually turn into flesh-and-blood people.

The pogrom against the Sikhs in 1984, as the work of academics like the Oxford-based Pritam Singh reminds us, was preceded by what Singh termed “deeply embedded institutional communalism” in the coverage of events like Operation Bluestar and Indira Gandhi’s funeral by government-run media All India Radio and Doordarshan, as well as the English language newspapers of the day.

One of the purposes of such embedded communalism in routine media coverage is to leverage existing prejudices and hatred at a mass level and amplify the politics seeking to harness them, and dehumanise communities marked as “the other”. Some of the world’s worst atrocities have used this template. More recently, we had the Rohingya Muslims of Myanmar being framed as people who “stink” and “suck the blood” of the majority Buddhist population, even as the Myanmar army was launching a murderous assault on the Rohingya of Rakhine province, leading to one of the largest instances of ethnic cleansing in recent history. The widely circulating newspaper in that country, Global New Light, carried an op-ed advising people to be alert to the “dangers of (these) detestable human fleas”. If this reminds you of a term Home Minister Amit Shah used to describe “illegal Bangladeshis”, you won’t be wrong.

Unpacking the media messaging aimed to bifurcate communities into ‘Us’ and ‘Them’, before, during and after the Delhi violence, indicates at least three broad trends. First, is the deliberate convergence of content between social media and mainstream media, especially television, to achieve this. Second, is the manner in which the majoritarian narrative is amplified to the detriment of the Muslim voice, even as national and international reportage attempting to correct the balance is loudly condemned as one-sided. Third, are the interventions of the Central government and constitutional bodies that, intentionally or unintentionally, ensure that coverage favouring the status quo is privileged.

Coming to the first aspect, several instances emerge of TV channels drawing on tweets/posts put out by BJP functionaries, broadcasting them using inflammatory headlines, and then circulating the same on social media with sensational hashtags. Organisations that critique the media, like Alt News and Newslaundry, recently excavated the provenance of a TV report defaming the women of Shaheen Bagh by claiming that they had been paid to protest the Citizenship (Amendment) Act. This video story first figured on the Twitter feed of Amit Malviya, head of the BJP’s IT cell. It had no discernible source and the possibility that it was manufactured by party nerds could not be ruled out. Some weeks later, it became the source of several prime time TV debates. The fact that the same story figured on several channels simultaneously indicates that it is not the need to gain market supremacy that is the driving force here, but a competitive desperation to conform to ruling party agendas. This is just one instance of a pattern that has now become normalised and has extremely serious implications for the independence of India’s media.

Even when news stories are independently sourced, the privileging of the majority narrative is the de facto practice among a number of significant players. The coverage of Delhi riots on Zee News — a leader in the Hindi urban viewership segment — by its editor-in-chief Sudhir Chaudhary is a good example of it. Trading in his studio suit for shirt sleeves, he sets out on a tour of the riot-hit areas (the programme was telecast on February 26), while pronouncing homilies like the importance of media “balance”.

He states at the outset that he hasn’t come to divide Hindus and Muslims but to tell the bitter truth. Yet, at the end of his exertions, the viewer would have heard the heartbreaking sobs of the heinous killing of IB functionary Ankit Sharma’s mother and Tahir Hussain’s neighbours accusing him of burning their homes — all of this against a background score full of pathos. His camera lingers on the sacks of stones and bricks “those people” brought in after “poora planning”; it lingers on the drain in which Sharma’s body was found. He captures opinions like “we don’t want free water, free power… death is free here”; “these people don’t want to improve themselves neither do they want others to improve”. Who “these people” are becomes clear enough — people participating in anti-CAA protests; people who want “another Kashmir in Delhi”, and so on. Muslim voices, such as they are, tend to be fleeting and used in a pro-forma way. At the end of the programme, viewers won’t be faulted if they conclude that the Delhi riots were, in fact, an anti-Hindu pogrom and that “Islamic fundamentalists” have converted the anti-CAA protests into anti-Hindu riots in the Capital, which we know going by the death count is not the case.

Coming to the third aspect, the manner in which former administrator and activist Harsh Mander’s speech was edited and put out over and over again on TV indicates the extent to which some organisations will go to ensure that only the dominant, pro-government narrative prevails. In such a climate, the Union Ministry of Information and Broadcasting’s peremptory notice banning, for 48 hours, news channels Asianet News and Media One, even while fake or inflammatory content on various pro-government channels remain unchecked, caused no surprise. The ban had to be quickly lifted following an outcry.

For media institutions and individuals who stand by the foundational principles of journalism, these are extremely fraught times, yet never have their efforts to achieve factualness, fairness and independence in their coverage been more valuable.

— The writer is author of Media’s Shifting Terrain: Five Years that Transformed the Way India Communicates