Tricky to make, instantly consumed, memes are anything but silly humour. Meet some of the brains behind those witty posts 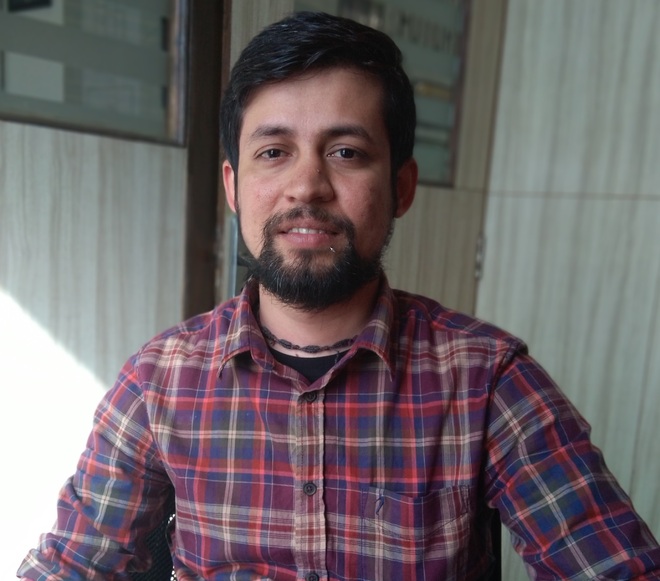 A lot has been said and ‘shared’ about memes — often sarcastic, at times irreverent, and almost always entertaining. But not much is known about the creative doodlers or memers, the persons who made you laugh umpteen times with their funny posts on social media. With jokes and memes going viral, the profession of making memes has found its verticals: full time, freelance to professionals and amateurs. Looking at the brains behind some of these posts which have brought smiles on our faces in the middle of the pandemic:

Shekhar Dahal (31) was in college pursuing a Master’s degree when he and his friends started following pages which published memes. “We particularly liked 9GAG. These were crisp and funny.” Soon Shekhar started creating his own content. It’s nearly three years since he started The Visual House page on Instagram.The best videos and memes on the page have touched nearly 300k likes.Thescriptwriter and assistant director says that he has merged his passion with profession. “You can earn between Rs20,000 and Rs2 lakh a month as a meme maker,” adds Shekhar.

Twentysix-year-old Jitendra Sharma’s interest in memes peaked around 2008 when there was an introduction of Rage Comics in India. “I was barely 14 then, and all I had was a newly registered Facebook account,” shares the man behind the meme page @tedthestoner, which boasts of 1.5 million followers. Many companies keep chasing him with their offers. “I have received job offers because of Ted. Some political parties also approached me to create content for them. But my vision for the page is very different from a company that runs purely on a profit basis.”

This is also the sentiment shared by 21-year-old psychology student Aakash Rawat, behind his video memes, which go by the name DesiQueerMemes. He started the venture a year back to make fun of serious situations. Little did he realise that in the process, he’d be contributing to smashing taboos associated with the gay community. “Today I have a loyal fan base. Many brands approach me to endorse their products but I make sure that the advertisers respect my terms and conditions”, he says, adding, “I wear their stuff in my videos, and that’s it”. With a decent following, one can easily make Rs40,000 to Rs50,000 a month, he says.

A little bit of curiosity about the brains behind that funny post, at times even leads to amused ‘fans’ reaching out. Shares Karan Jalan, who often has audience reaching out to him through his content page with fan mails and kind words. “I came up with a series wherein the idea was to make fun of ourselves. In a way that resonated with everyone without belittling anyone.”

Jitendra would have you believe that “making memes is no rocket science. These are just funny pictures with text on them”. He says, “If you think you have a funny bone, you must try your hand at creating memes.” For passionate amateurs, there are many meme-making apps on the web. For those serious about pursuing it as a profession, ‘meme careers’ is a bona fide category in the job search engines. All the meme makers agree on one thing though, there are no rules or any rule book when it comes to getting paid for making memes. “Do not start with the expectation that you’ll be making lot of money. It’ll come later, though,” advises Jitender, adding that, “the best payments I got were messages telling me that my memes had helped bring smiles in difficult phases of their lives.” If not payments, that takes care of the perks checkbox.