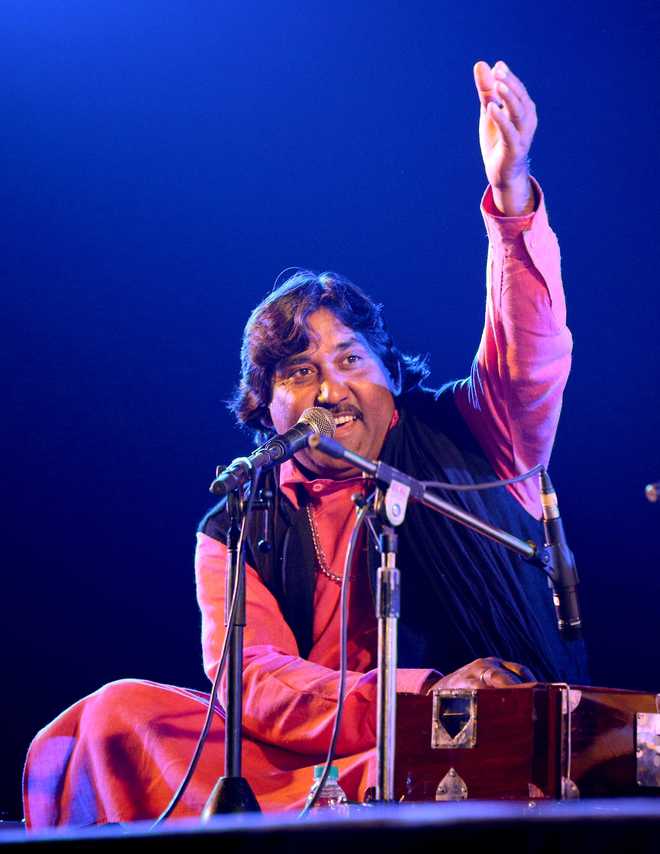 Rajasthan has a rich history of Sufism with legendary Awliya like Khwaja Moinuddin Chishti of Ajmer and Sheikh Hamiduddin Nagori having spread the message of brotherhood and devotion on its soil. The state’s famous folk music heritage has been a great medium of expressing the Sufi message of divine love, unity of mankind and selfless service for ages and Mukhtiar Ali stands as a prolific representative of this tradition.

Hailing from the semi-nomadic community of mirasis from Bikaner known for their oral Sufi singing traditions, Ali specialises in the poetry of Kabir, Meera and Bulleh Shah to name a few. Having performed the world over, his high-pitched voice has touched many hearts. He is also known to be the 26th generation of his tradition.

Presenting a rich repertoire of mystic poems by Kabir on divine love, Ali renders masterpieces like ‘Baalam aayo hamaare ghar’, expressing the feeling of being distraught without the beloved and ‘Eji Santo, aisa des hamara’ where Kabir describes his idea of a country where there exist no boundaries of caste, creed, color, race or religion, just pure devotion that transcends all scriptural wisdom with no intermediaries between God and man.The uniqueness of Mukhtiyar’s style is that it neither bears the qawwali cliché nor is it typical Rajasthani folk, but resounds with a distinct authenticity of devotional music that encompasses the works of great poet saints, along with masterpieces even in the Multani language. Spontaneously explaining each poem, he sings with full-throated gusto, gesticulating unpretentiously, creating the perfect atmosphere of liberation of spirit true to Sufi philosophy.

One of his famous renditions is a Kabir composition speaking about how God tells his creatures that he never could be attained in places where they often seek him, nor could he be achieved by ‘laalach’( greed) that motivates them to employ stereotypical and mediocre methods of devotion. “Na main jap mein, na main tap mein” (Neither am I found in monotonous chanting nor in rigorous penance), neither in fasting nor in ‘sanyaas’ (renunciation). “I am with and within you”, Kabir says. Ali also believes that ‘lori’ or lullaby surpasses every other style of music as it bears the mother’s unconditional love which is divine in nature.

True to the Rajasthani tradition, the singer is also an outstanding symbol of pluralism in the world of music. While the universal brotherhood of man is conveyed through his Sufi songs, he also sings bhajans with equal feeling and soul. With his eyes closed, he immerses himself in “Govind gaayo nahin”, a touching work of Kabir Das, accompanying himself on a folk tanpura.

He believes that the age-old guru-disciple relationship is based on patience and perseverance. “While classical legend Ustad Bade Ghulam Ali Khan didn’t speak to his master for years together but instead imbibed his music silently, disciples today demand that the guru trains them within just a short span of three years,” he says.

With a simple orchestra consisting of tabla, dholak, harmonium and kartal, Mukhtiar Ali has taken the message of India’s poet saints beyond its boundaries.