Opened in 1990, Osmotheque, at Versailles in France, is home to over 3,000 perfumes from world over 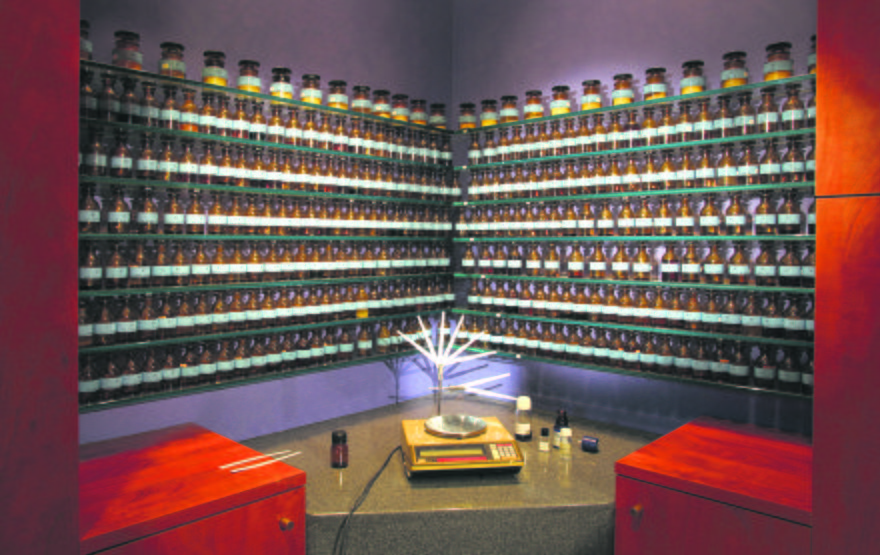 [Like perfume is he, wafting in the air wherever he goes

What about the flower however, left behind; What?]

Manipulating our most intimate sense, the parfumeur becomes the architect of emotional spaces, a painter on the canvas of imagination, a sculptor in an intangible material that works at the deepest level of sensibility...

Twelve miles from Paris lies Versailles, a city soaked in memories of all that words like power, grandeur, luxury, great taste, extravagance, can conjure up. The fabulous palaces and gardens at that place apart, transporting one back, as they do instantly, to 300 or so years, it is also home to an extraordinary range of museums: a museum of royal coaches, for instance; one of textiles and quilt covers; another of French history; yet another which preserves records of all the great musicians that used to come to the court of Louis XIV, the ‘Sun King’ himself. Among the most unique of all museums there, however, for me at any rate, is the Museum of Perfumes, the Osmotheque, situated in a side street of the city of Versailles. 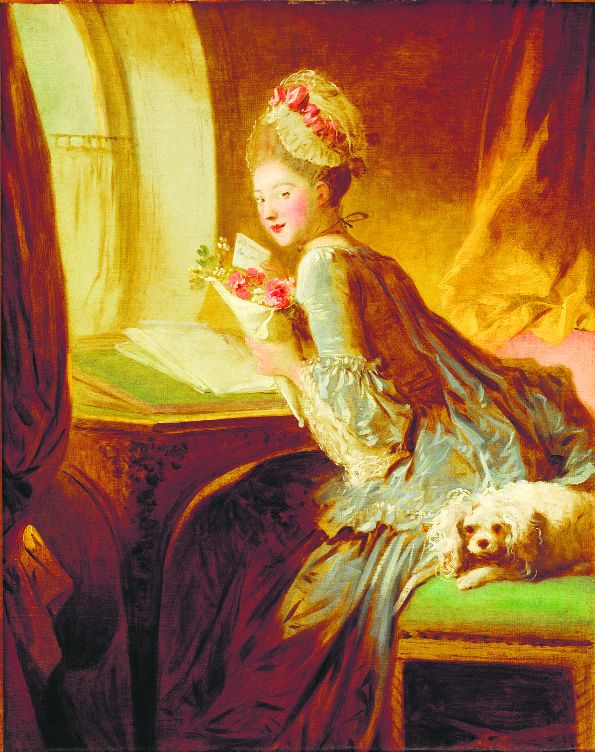 Until the other day, I had — I am unhappy to admit — not even heard of that Museum, but the very idea of a museum on that theme — fragrances — is intriguing, so novel. The museum is not very old, having opened only in 1990. But the notion of a museum like that, ‘amassing in one place, for safe-keeping and delectation, all the perfumes ever created’, seems to have arisen in the late 1970s in several minds at once, among them the mind of Jean Kerleo, the most renowned nez — the word in French means ‘nose’ of course, but stands for much more than a ‘nose’ — of his days. Gradually, the idea took concrete form: the only institution of this kind in the world came up, where ‘a perfume lover can inhale thousands of fragrances’ — if so inclined — created ‘today, yesterday, and even in distant history’. There is here a royal perfume of the Roman era, and the medieval Eau de la Reine de Hongries. The oldest of these is based on a description of a perfume made for the King of Parthia in ancient Asia Minor, as recorded by the first-century historian, Pliny the Elder. Here was reconstituted, from a formula discovered by chance in a drawer, the eau de cologne produced on the island of St Helena for Napoleon in the period of his exile from France. Hundreds of perfumes once thought to have ‘evaporated into the mists of time’ have been revived at the Osmotheque. The name comes from osme in Greek, meaning scent, and theque, as in bibliotheque, which means a ‘library’ or ‘store-house’ — including those of recent times created once by celebrated fashion and perfume houses of France but discontinued over time or reformulated. Personally, I know virtually nothing about these, but one reads of, and luxuriates in, exotica: thus, Francois Coty’s Chypre, Paul Parquet’s Fougere Royale, Aime Guerlain’s Jicky, as much as of Mury’s 1920 perfume Narcisse Bleu, Caron’s 1922 Nuit de Noel, Chanel’s 1924 Cuir de Russie, and Millot’s 1925 Crepe de Chine. Appropriately perhaps, all of these were produced in France, “where perfume is practically a religion’. It must be quite an experience going in there, holding one of those paper strips called mouillettes steeped in an ancient fragrance to one’s nose, and be transported to ‘the woodland glades of its origin, or the era of its first appearance on the perfume scene’. It is officially stated in its programmes that what is important is to recognise “the power of olfactory perception to suggest and evoke, to trigger an association or a faraway memory, enabling every aromatic essence to create its own world, enveloping us in a private realm of impressions and images, harmonies and desires.” This is elegantly said.

The Osmotheque, a wing so to speak of the Société Française des Parfumeurs, began with an initial collection of 400 perfumes, but has now grown into storing more than 3,000 perfumes from the past and the present, taking its mission most seriously. It holds, regularly, conferences for professionals and researchers and students, even exhibitions in partner museums. It publishes books about perfumes, and issues a bilingual periodical titled Les Nouvelles de l’Osmotheque. Having acquired the status of a ‘legal deposit archive’, it receives a supply of all new perfumes produced in France and much of the world, and in terms of the European Union regulations, it is entitled to ask for the formula of every new fragrance marketed in France.

In all this, one has not turned to the East and its fragrances. Lady Macbeth, ridden with the guilt of murder, did, wringing her hands. One knows the lines too well: “Here’s the smell of the blood still: all the perfumes of Arabia will not sweeten this little hand.” I have very little idea of how much do eastern fragrances feature in the Osmotheque, but one knows that there is a whole world — the world of ‘attar’ — out there. But of that another time, perhaps, except that I cannot resist, for all that I try, the temptation of referring to at least one legend from home. It concerns that great aesthete and connoisseur: the Mughal emperor Jahangir. The emperor, it is said, was out riding in the countryside once, when at one place an old perfumer approached him with a humble offering: a new scent that he had just finished distilling. He looked expectantly, as he made the presentation, at the lord and master for a word of appreciation. Jahangir put the scent offered on a ball of cotton to his nose. “It is very nice,” he uttered, and then turned to one of his attendants and asked him to apply a drop of the scent to the tail of the horse that he was riding. Greatly perturbed seeing this, the perfumer summoned enough courage to address the emperor: “Your Majesty did not evidently like my perfume.” “No, no,” the emperor said, “it is nice, really nice, but it appears that it was distilled under a neem (margosa) tree, for it carries a faint trace of its bitterness.” Having said this, he rode on.